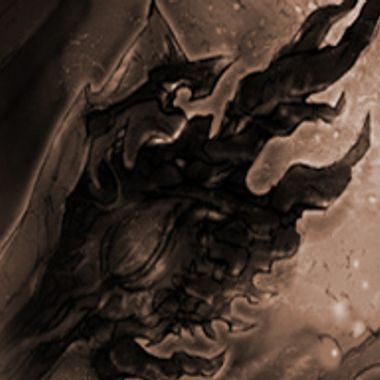 If you share my interest, consider supporting me for early access and wip previews of future stories. Thank you for your interest and for everyone who chooses to support me.

Will not do:
Incest (cousins are okay)
Yaoi
Futa
Gender-Bender
Trap
Loli/Shota
Hard Vore/Guro/Snuff (blood and violence is okay)
Scat (why would anyone?)
Cuckold/NTR/Cheating
Beastiality (mythical and legendary creatures not included)

Requests are by suggestion, length will vary between 3 k words to 5 k words normally.

WarlordThanatosXII
Public post
Having fallen into an abandoned pitfall, Yennefer, Ciri, Trish and the nuns they're protecting are now at the mercy of a colony of hungry worms...

Thanks for reading and supporting my efforts, every bit of help and encouragement means a lot to me.

Comment, email or send PM for suggestions, requests and commissions

Full series almost done and just needs touch up. Once that's done, the goods will be posted here and on Deviantart.

I was originally going to have this as a one-shot. But I've kept you good supporters waiting for a long while, so it's going to be a multi-part preview. Currently thinking 3 to 4 parts.

Full series will be posted here and on Deviantart when it's done. I'm considering 2 more batches of previews in the meantime or just 1, we'll see. Feel free to share your thoughts.

Revenge of Jafar - Early AccessBelieved to have been gone, Jafar has returned as a Giant Cobra wh...

How the Mighty have fallen

A red and black cobra coiled around its squirming meal as she was swallowed whole. Her cries were muffled by the tight hot innards compressing around her consumed head, the snake ingested her shoulders and moving down to her modest bare bosom. The large cobra took a perverse joy in licking over the girl's large dark nipples, hardening them and lubricating her teats. Her clothes were shredded under her, leaving her naked for the snake's tastes and easier to digest when she was fully consumed.

Her breasts were smaller than the cobra would like, but it enjoyed feeling her soft globs enter its stretched mouth. The woman was slender and petite, making it easier for the snake to slide its mouth down over her flat belly. The snake's long body unwound from her kicking long legs, the snake having consumed all of her upper body to seal the girl's fate. It consumed her ass and her hips, gliding down to her thighs as it lifted up its head.

Her lower legs briefly hung out of the snake's mouth, the cobra basking in how it could eat this runaway girl in broad daylight without anyone seeing it. Dozens were passing by the alleyway as the snake sucked in her shins and calves, drooling from the delicious meal that it had successfully captured. Her feet wriggled wildly as they were devoured into the snake's closing mouth, the snake took a hearty gulp to send the struggling crying girl further into its bulging and swelling body. Contorting to the girl's pleasant shape, the snake's body easily sent the trapped girl into the largest swollen area where two other girls were trapped after being swallowed earlier.

The snake took a moment to rest, having strained itself to capture this girl and to devour her. It was using its power to keep itself unseen and unheard, ensuring that the denizens of Agrabah would not notice the large snake. While there were rumors of girls going missing, no one had yet to discover any idea as to what was causing the disappearances. In truth, the guards weren't looking too hard since the missing girls were orphans, runaways, discarded concubines or courtesans. Who cared if a few street rat girls were gone?

Despite its successful hunt, the cobra knew that this was a lowly existence. For you see, this giant cobra-anaconda hybrid was once a human being. Not just any human being, he was once a sultan, he was once a sorcerer. He had been the most powerful sorcerer in the world and contained power which made genies look second rate by comparison.

All of that was taken from him.

A Street Rat tricked him into losing his power and later on destroyed him completely. As far as the world knew, the traitorous vizer known as Jafar was dead. The villain's name was a curse unto itself, a boogeyman to scare children into going to bed at night or else Jafar would get them. Jafar was a name which would live in infamy through the history of Agrabah.

However, even evil had loved ones. Jafar's twin sister Nasira had tried to resurrect Jafar in a dangerous scheme. The scheme was thwarted, but Nasira was able to summon enough power to bring forth a portion of her brother's soul. With her last breath, she was able to send the spirit fragment into the nearest living creature that was around. A small newborn cobra which was ignored as Nasira's hideout was raided and Aladdin killed the sorceress.

And so began Jafar's miserable life as a snake, slithering through the slums of Agrabah scrapping a lowly living as a scavenger. The snake ate mice, rats, birds, eggs and sometimes small dogs and pigs. It hated everything that it consumed, but the snake had to survive and it had to grow. It hunted what it hated so that it could grow strong enough to hunt those he hated most of all. It was that hate that drove him to feed until he was large enough to hunt and devour people.

Jafar's memories would never be fully restored for his soul was forever shattered. But Jafar could use a semblance of his once potent power, primarily to enhance his new form's growth, alter the effects of his venom and hide his movements from sight and hearing. And so, Jafar slowly grew and survived over the course of several weeks while peering at the royal palace and its golden roofs.

He once briefly ruled from that great palace. He was once the sultan and the most powerful being on earth. Now he was an oversized serpent not much higher than the street rats and drifters that he subsisted on. All of his hate was focused on that place and he would tear it to the ground if he still had the power. It was a dream that Jafar could never make true in his current state.

Instead, he crept ever closer to the palace district by district and street by street. There were always people going in and out of the palace gates. He could remain patient for whoever long it took until the opportune moment appeared. Then he would break into the palace, strangle that loathesome upjumped street rat to death. Then he'd do the same to the princess and let her see his hate filled eyes as the last thing she saw before she died.

But for now, he stalked a disgraced daughter cast out by her father. Jafar didn't care for why the young woman was sobbing as she wondered the dark streets at night. He only cared for her fat ass swaying up and down with her walk, the woman only wore a thin veil over her body. It may have been the only thing that the blue eyed beauty could get before she was thrown out.

For now, Jafar just followed this girl into an alley where she was going to take shelter. She seemed to notice that some was wrong and jolted her back up against the wall. She could not see Jafar, but she could see the sands shifting due to some unseen force. Jafar loomed up his upper body while slithering his body into the tight space. There would be no where for this girl to hide or to run and so Jafar took his time to savor this chase.

This brown skinned girl was blue eyed and her black hair ran wildly down her shoulders and back. Her slender form was visible through the woman's thin body veil with a large bosom topped by big plump dark nipples that made the serpent drool. This woman would have made an excellent concubine with her youthful beauty and her desperate situation. In his prime, Jafar would have had this girl dancing in the palm of his hand, dancing in front of his throne in the thinnest and tiniest dancing garments and then dancing on his lap in the bedroom.

Early Access: Chun Li and Cammy showerChun-Li and Cammy relaxing and bathing after some sweat mak...