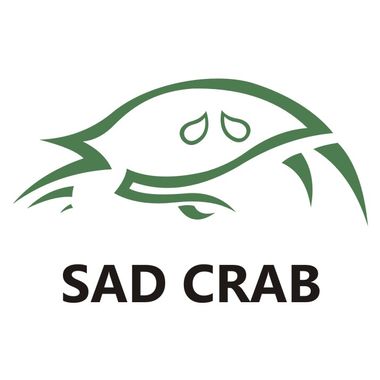 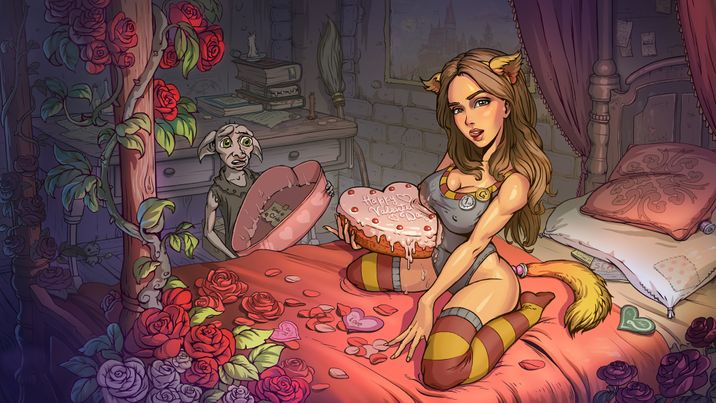 
Hello!
May is over, and… summer is coming! Let’s look back and see what’s been happening with Innocent Witches, and also look at the next steps in the development of the game.
This time the art for this news post is the entrance to one of the Hogwarts faculties - Slytherin! This gorgeous piece will be used for future events, as well as for the first time Marcus visits Slytherin and catches a glimpse at Daphne, his future companion. Similar entrances will be added for all faculties and undoubtefuly make our players happy, especially those who are into HP lore.
A couple of words about the next version, 0.10A. As we’ve mentioned earlier, it will contain the rework of the currently missing chapters in first act - chapter 4 and 5. Chapter 4 will continue to focus on building the relationships with the prefects and restoring their faith into Marcus. This will mainly happen through solving the problem the prefects have during their meetings. Marcus will also have the opportunity to know them better while having a couple of dates with the girls, where they will discuss casual topics and some of their past. Depending on the amount of work and content, we might first release chapter 4 in 0.10A, and then chapter 5 in 0.10B. The reason for that is the amount of content that is already present in chapter 5. There are four minigames, swimsuits, main quest and a couple of other interactions. In order to update such volumunous chapter we might require more time, and in order to avoid delays, it might be reasonable to release chapter 4 separately and then switch to chapter 5. All in all, the major factor here will be the release date, and we will definitely choose to release earlier if we will have such opportunity.
Regarding the current public version. We’ve been receiving reports about bugs and issues in it, as expected, together with the bugs in 0.9B. Fortunately, those bugs are not so critical and do not block the flow of the story (for the most part >:D). After the 0.9B version was released, we’ve been collecting your reports about typos, inconsistencies and other issues. And soon we will wrap up the hotfix version, both public and patron’s only (0.8.5B and 0.9.1B). Additionally, we will update the game’s engine version, which should also fix a couple of bugs. Release estimate for these hotfixes is the end of this week (5th of June).
Getting back to community traslations. After 0.9B was released, we’ve started to work on properly exporting the missed lines and also on making the code for exporting more robust and resilient against mistakes that happened during the very first export. Good news is that all the lines that you’ve translated so far are not lost and will be included in the proper export. Very soon we will upload the missing lines together with the lines from 0.9B. Thank you for your contributions, it’s awesome! There’s also one suggestion that we got recently - to add machine translated lines to some of the languages that were not yet started. We’re not really sure if it’s something good or bad, let us know what you think about this :)
Live2D. Our second animator has returned from his endevours and he’s now ready to work on one of the scenes. Here’s the current status of Live2D animations at the moment:
As you can see, Live2D is not forgottten and in active development. We know people enjoy smooth animations therefore we just can’t simply ignore Live2D, although it takes time to insert and polish.
Next - current status of the scenario for 0.10A. As you might remember, our previous scenarist was unfortunately directly influenced by the military events in the Europe, and we’ve been saved by our game designer, who also took the roles of scenarist and writer. After that we’ve found a potential candidate for these positions, but in the end we had to part ways. Therefore at the moment we again actively looking for scenarist and writer. We’ve found several people already and they are currently testing their skills with our test assignments. Soon it will be time to start writing the scenario and the texts for 0.10A if we want to avoid delays, and therefore we will have to make a decision very soon, since chapter 4 requires considerable amount of work. We’re sure though that everything will go smoothly :)
Shortly about the release date. With the current pace and the amount of planned content, such as a fullscreen scene, several new side quests and other smaller things, the release should happen sometime in July.
For today’s voting the question is rather simple. All of us love the background images in the main menu. They’ve become an iconic part of Innocent Witches that has instant association with the game when the player sees it. However, there are only two main heroines that are present in the menu at the moment, and we all know well that Luna and Susan can also properly present themselves, maybe even better than Hermione and Daphne. However, adding one more backround means that this time will be taken away from development of other content, specifically for version 0.10A. Should we nonetheless dedicate some of the time for a new background picture for the main menu? Or should we instead focus all the resources on the patch? Please vote or leave a comment below!
That’s all for today, folks! We hope you enjoyed 0.9B, as there’s more to come ;) Thank you for your feedback and support, you are awesome <3 As a short recap - 0.9.1B and 0.8.5B are coming soon, alongside the updates for community translations. In the following news posts we will share more on 0.10A and the structure of updated chapter 4, together with some insights into the side quests, including art previews, as always. Stay tuned for more ;)
Peace!
Yours,
Team Sad Crab.
—


PS. Make sure to check out Siserg's latest art if you haven’t already, it’s yummy as always!
https://www.patreon.com/siserg/posts