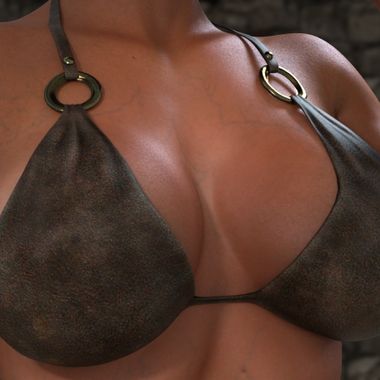 The Last Barbarian on Steam.

Add the game to wishlist!

Now you can play The Last Barbarian and share your feedback! – voting for new features – access to latest releases (PC & Mac)

Now you have an access to a full in-game library of "endings" scenes! And of course, you will be able to play The Last Barbarian on Mobile if we reach the required goal!

Special in-game videos are unlocked for you in the Game library, and of course – your name will be in a game credits!

– your name in credits

You will become my Angel! You are the best! Together we can create the best Adult Game.

– your name in credits

Limited (1 out of 5) subscriptions
Unlock

Hello Everyone!
I know you've been waiting for a long time and I'm finally posting an update. This patch was incredibly hard for me.I accidentally deleted one file in the game and when it was restored, the entire project fell apart. I was able to restore everything after some time thanks to my backups.
But, I had to delay some of the planned content, in order not to torment you with long promises and expectations, I'm posting what I have now.
What's new?
New Prison content
There is some new content for the Prison location. How to get it? Go to a Brothel. Work as Prostitute and refuse clients. When guard comes to Vernon, challenge Guard. Or. Go to Gloryhole room and interact with a wooden horse to get fast access.
Tentacle rendering approach
I love tentacles. This is my particular fetish. Unfortunately, the animation process of tentacles is very time consuming, also it is very difficult to achieve the desired result for complex scenes. I decided to write my own tentacle renderer script, which will make it easier for me to work with animation, which means delivering even more content to the players.
In the prison location, there is a special room where you can test how it works. Multi-camera is available in the scenes. Right click to change viewing angle.
Modest and May
We have two new characters. Executioners - Modest and May. I decided to redo the story a bit and Jerry will now be a carpenter (I will update the new dialogues in the next patch). I can't perceive him as an Executioner, sorry!
Modest and May will teach the Barbarian discipline. If she plays naughty, she will be punished. If the Barbarian behaves well, then she can leave and receive her special reward.
Yavo the Troll
The troll lives under the bridge. He's just awful. Literally. I decided to make him a part of the script. But he was so disgusting that I decided to completely redo him. So, his name is Yavo now. And Yavo loves fish. Yavo will be involved in the next story with the goblins.
Multi-camera is available in the scenes. Right click to change viewing angle:
Push some cream out
I wanted to implement a new feature in this release - creampie. If someone finishes inside Barbarian, you can press the button to push the seed out of yourself. The implementation of this function caused a bug that broke the project. Therefore, these animations are available simply as separate scenes after interacting with the troll and tentacles .
Bug fixed
Here is download link
I keep working on the next update to feel the gap between previous releases.
Stay Tuned!
Release
Comments (0) loading...
Like(0)

Demon And Priest Reward Is Out!

I love the story of Beauty and the Beast. It’s amazing how the beauty of the fragile princess is emphasized by the backdrop of a large beast. Apparently this influenced my tastes, you know.
I really like the image of a big, dumb but kind troll. I hope you do too. I will continue to work on his story, but for now, I have made him the main feature of the new gallery for Demons and Priests!
Comments (0) loading...
Like(0)


I want to ask you about something personal today. I strive to ensure that the content I create fits the interests of my audience. That's why I ask you different things about creative direction every month. This time, I want to ask you the following:
What turns you on more? Dominating or being submissive? Or maybe you enjoy both sides? Voting is anonymous, so you can be as honest as possible while casting your vote.
Comments (0) loading...
Like(0)

I've been busy working on the new patch, and because of this, I've not been so active on the discord server in recent days. But I want to tell you that I read all your suggestions and bugreports. I got so carried away that I didn't notice that the server reached 8000 users!
Our cozy community continues to grow and this motivates me even more to do what I do!
Thanks for staying with me!

$2,500
THE GOAL
REACHED!
Full time job! Now, on everyday basis I can create the content that we all like!