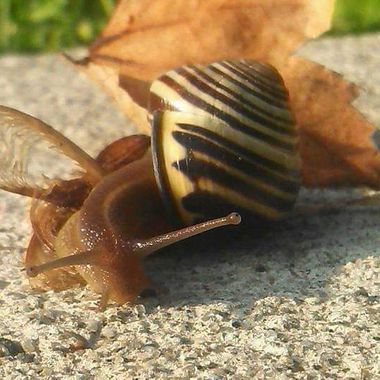 D.L. Manoir
By proceeding, you confirm that you are
at least 18 years of age.
Yes, I choose to proceed
Cancel
Cancel

18+
D.L. Manoir
I'm an erotica author who likes to explore darker themes and unconventional kinks. I prefer to dabble in omegaverse, teratophilia, and other fantasies and kinks such as urethral play, hypnotism, and CBT, with a hint of softness here and there. And alien bugs. I love alien bugs.
Writing
DarkStories
BodyHorror
Omegaverse
Fiction
Smut
Subscribe
Send Message

Thank you so much for subscribing to the Follower Squad! Every little bit goes a long way, trust me. And to show my gratitude, I want to offer you a little something in return.

If you're itching for a little extra, why not subscribe to the Omega Squad where you'll not only get access to the same perks as the Follower Squad, but also some extra exclusive content? Subscribers of the Omega Squad, I offer you:

“Fakhir…”
They broke apart from one another only for a moment. Fakhir lifted Alya onto the cargo crates, and she ensnared him between her legs. His heat pressed against hers then, but he didn’t breach her, even if his hips ground against her.
“What if we’re caught?” She asked, her breaths hitching. Her actions contradicted her concerns, however, as her hands quickly found their way under his shirt, and up his chest. Fakhir’s cockhead rubbed between her folds, his length rubbing her clitoris, and she moaned.
“I need you,” Fakhir’s voice was raspy in her ear. “I need you now.”
OriginalAnthrosHetVoyeurismDrabbleNsfw

Prompt by Lauren on Patreon: An Omega picking out their outfit for a first date.
(CW: omegaverse)


Matthew hated weddings, especially not when the bride did everything to pretty him up in the hopes of getting him hitched. “You have to look perfect, Matt.”
He grumbled. “For you or for…” He didn’t dare say John’s name out loud.
“Just put this on!” She had him try on this tie and that tie. The green one. The red one. “What colour tie will he wear?”
Matt shrugged. “How should I know?”
“He’s your truemate! You should know!”
Truemate? Matt’s heart sank. Suddenly, he’d lost his voice and spirit. “He’s not…” What else could he say?
“I call bullshit.”

This is the first time I open this space for drabble prompts. Woo! I'm excited! To celebrate, let's make this first one available to the public! :))

So, a few things first and foremost:
Any of these are subject to change at any point, but this is what I've figured so far.

A few more disclaimers, I do not play favourites, meaning I really pick the prompts that inspire me. I might not pick yours. I'll pick between 1-7 prompts a week. If I don't pick your prompt, one month, please feel free to reprompt it when you have another opportunity.

If you're curious as to the reasons why your prompt might not have been picked, please consider these:

Prompt by Lauren on Patreon: Aamon untethering Rowan after a long torture/fuck session, Rowan is next to unconscious and weak/limp bodied.
(CW: post-torture)


The chains clattered as Aamon unwound Rowan from them. Rowan fell limp, exhausted and unconscious, in the demon’s arms who ushered him out.
Rowan’s consciousness was quick to recover, but his strength wasn’t. “A-Aamon?” His eyes fluttered in and out from his petite mort experience. “Where…” His mouth was dry. “Where are we going?”
Aamon didn’t answer. When had he ever answered one of Rowan’s questions?
He was handed over to a hideous creature. It carried him on its back as he was too weak to walk.
Aamon watched them with a cat-like grin. “I’ll see you tomorrow, Little Bird.”

Prompt by Lauren on Patreon: Akeem and Sokari find a nice shiny thing and fight over who gets to keep it.
(CW: implied twincest)


The twins had recently managed to rob one of those beautiful amulets with a ruby at the center from the bazaar. The only issue: they both wanted it.
“I distracted the merchant!” Sokari said. “I should have it!”
“But I lead the guard away!” Akeem argued.
“You got to keep the last loot!”
“That was for the both of us!”
They failed to reach a consensus on who should get to keep the amulet. Finally, Akeem blurted, “First one to cum loses!”
“Deal!”
No one knew which twin won that night, but they’d kept the entire gang up until morning.

Prompt by Lauren on patreon: Zach introduces a new veggie at lunch/dinner and has to convince the pups to eat it.
(CW: omegaverse)


Wesley threw his plate to the ground. “No!”
“You don’t throw—“
Wesley’s three brothers copied him, throwing their plates as well. Zach boiled with irritation.
Zach shook his head. “We don’t throw.”
Elijah’s eyes filled with tears, causing the four of them to burst into a crying fit.
“Aw, come on…”
They refused to eat any kind of bell peppers. That is, until a crunch sounded out, and the pups turned to see Milo gobbling his portion of green bell peppers. One pup tasted it for himself, and then another. Finally, Milo had convinced the quads to try bell peppers.

He’d tried everything from medicinal roots to spells in the hopes of restoring the boy’s health. He’d even gone to the human kingdom to seek for help. Nothing had worked. He could think of only one thing to do now.

Amias went to the spring of clear water in the forest, and bathed the child who slept a very troubled sleep.  He turned his eyes to the night sky. A shooting star! Please! Please! Please! He pleaded for divine help.

Quillan woke up the next day, healthy once more.
View previous posts (25/52)
See something you like? Subscribe to see even more!
Subscribe Now
The subscription gives you:

$15
to reach
the Goal
Once I get 15 subscribers, I'm going to start working on full-length stories ranging from 15k words to 45+k words and open the Omega Squad tier to subscribers!
0.0%
collected
to reach
This will allow me to spend more time writing the stories you all love to read. 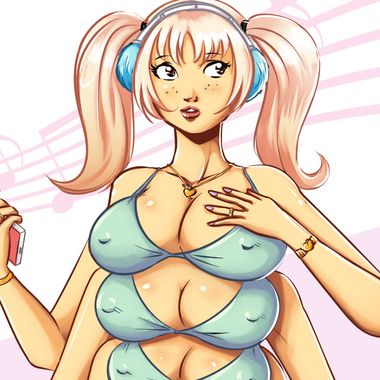 ViperV
This is ViperV, creator of Divine Arms. We have a new game in development titled Forbidden Arms and the public demo is available.
This website uses cookies to improve your experience while you navigate through this website. Continue to use this website as normal if you agree to the use of cookies. View our Privacy Policy for the details. By choosing "I Accept", you consent to our use of cookies.