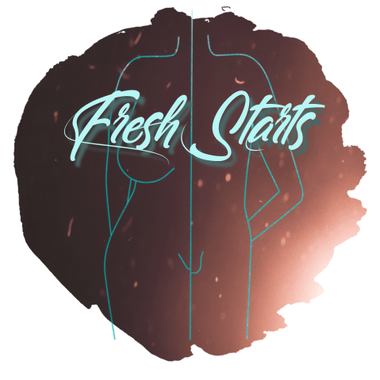 18+
LordOfChangeGames
Hi, I am the developer and author of Fresh Starts, a sandbox HTML adult game!
AdultGames
Subscribe
Send Message

You want to support my work but don't want to get too involved? This tier is for you. By becoming a bystander, you get my full gratitude!

This is pretty much the baseline tier. You are willing to spend a little more to support me. By choosing this tier you get access to exclusive Patreon only posts as well as early access to new content!

Maybe you want a little bit more influence on the game's development than just testing and voting. By choosing this tier, you will be able to request the addition of an item to the game be it clothing, toys, cosmetics or anything else than can usually be purchased at a shop!

This tier includes the following rewards: -Discord Rank -Name in credits -Access to polls -Access to weekly builds -Add an item of your choice to the game

By now you are really involved into the game. By choosing this tier you will be able to either add two items or a new location to the game!

Okay, this is now getting ridiculous. If you want to give this much I have no choice but to give you extraordinary perks! By pledging to this tier, you get the following:

Want to add your own character to the game? This is the tier for you!

-Discord rank -Name in credit -Access to polls -Access to weekly builds -Three new items OR a new item and location OR a new event -Create a minor character.

Limited (0 out of 1) subscription
Master/Mistress
Unlock


Hello everyone! Here are some big news that I am certain you will all be as excited as I am. As you might have heard, I have been purchased by Nutaku 13 minutes ago because of the success of Fresh Starts! What does that mean for the development of Fresh Starts? Well, 0.0.20 have been canned alongside all future development of the game as we are moving to a Masively Multiplayer Online RPG: Fresh Starts Online.

While I cannot disclose much right now, the strenuous talks with Nutaku (they lasted a good 3 minutes, including the dropping of a wad of cash* on the table from them) having recently concluded and I get to meet my team of unpaid interns right after I am done with this announcement.

Fresh Starts Online will be a great game as it will feature caracters rarely seen on Nutaku, but also because it will be the flagship project of their Play 2 Earn project, where you will be able to obtain NutakuCoins(tm), which can be redeemed to buy NFTs of Crystal's panties (which are procedurally designed by unpaid interns) or your very own BrainFryer 42069(tm) with Bimbo Mode option.

Tired of grinding to be a bimbo doll on Fresh Starts? Now you'll be able to grind to be one in real life!


Hello everyone! Hope you all had a great week. I sure enjoyed mine as I went on a little bit of a personal holiday. Rest assured, I have still worked on the game this week and there will be more on that. But the internet is not optimal which means I will have to delay Dev Build 3 release to monday for  Subscribers. I want to apologize for this small delay, but rest assured it will be out the moment I get back home.

But what did I do this week? Well as I mentioned recently, I got sidetracked a bit on backend tweaks and I managed to squeeze a little bit more out of the routines, which will make the code lighter for that widget. The performance increase and impact on the file size won't make a big difference for most users, but mobile players might enjoy this one out, at least I hope they will.

I also worked on adding a couple of extra images to the game, with the Gym getting brand new training looped videos and the Hair Salon getting a new background. UI is always a bit of a challenge, but I will try to add more in general to events, as I find suitable content for them. Actually, someone recently made me notice there was a lack of videos for the landlord sex scenes, which I will try to remedy to for this update.

But the big change is regarding Kara's eyesight and overall intelligence, with improved detection for some milestones in your feminization training. So what exactly changed? Well critical trainings now allow you to skip certain tiers. It's not perfect, but it is a bit of a jump in time, which can hasten the progression. Not all quests are subjected to this mind you and usually you can only skip one tier at a time. I will keep it to this level for testing, but I might improve further on this for more superficial aspects so it is even more logical.

The balance between the mechanic of Kara Tasks and the overall logic is a difficult one, but minor improvements will reduce the tedium for now and open the way for more improvements in the future. Another experiment I am making in that regard is with unlocking conditions for certain quests. While the Makeup branch was an important addition, it felt a bit weird that completing crossdressing was the only way to unlock that branch, as other branches unlocked at earlier stages.

Now, completing the first step of the grooming branch can also unlocking it, which seems like a logical step and I would really like to hear your feedback on this question. Should I remove the crossdressing unlock or keep the two in?

On this, I'll get back to packing. See you all next week!
DevDiaryPublic
Comments (0) loading...
Like(0)
Dislike(0)


Hello everyone! Does it happen to you that you get great ideas in the shower? Well me too, but unfortunately this idea didn't come from this. In fact, a user over on F95Zone proposed some kind of shower routine, which I found to be a lovely idea and thus, I am introducing the shower routine!

The shower routine is a lighter version of the routine which is always available to the player. By setting it up, you get the "Shower (Routine)" option in your bathroom allowing you to get clean, dressed, shaved and, if you own makeup, all dolled up for your evening!

This option is mostly intended for day males, night sissies caracters, but it can also be used just to dress as a couch potato after a long day at school. It is pretty nifty all things considered and I certainly hope you will all enjoy this feature and find more creative uses for it than myself!

There were also a few changes that were made for overall Quality of Life, notably in the click reduction/keyboard navigation department with the addition of three new navigation shortcuts!

"S" now opens Stats, while "I" and "P" open the inventory and profile menus respectively. It is not much, but it should be enjoyable for players nonetheless.

Finally, there was a whole bunch of refactoring and backend shenanigans that were made this week, thanks to the knowledge of someone who is much better than me at coding. Their knowledge is greatly appreciated and it will hopefully help with file weight and long term performances as code was shortened in many crucial places.

So that's it for this week, now I have to go find Kara better glasses, since you all noticed she was nearly blind at this point!
Public
Comments (0) loading...
Like(0)
Dislike(0)
View previous posts (6/13)
See something you like? Subscribe to see even more!
Subscribe Now
The subscription gives you:

$139 of $155
per month
This would be the full recovery of my game-linked income before making the move here.