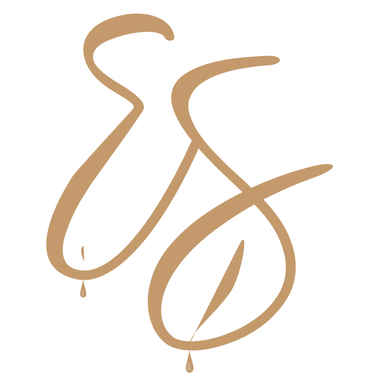 
This is my new interactive denial story - you can read part 1 below or click this link:
https://subscribestar.adult/posts/423980
Thank you for all the great feedback, it's really helping to shape how this goes. Once again, message me or leave a comment for your thoughts on this part, and where the next one could go.

Evie had no more patients for the rest of the morning, and so was left to her own devices, writing up her notes, sorting out her supplies, making the treatment room and office just the way she wanted it.
At lunchtime Zaara appeared with some delicious food and fresh dates and figs that tasted better than Evie knew was possible. But all the time something the morning consultation was on her mind. She used her computer to look up the word Qadira had used, saydalani, and sure enough it just meant pharmacist, but it led her to discover an entire history of pharmacy she had never heard about.
She looked for the other word Qadira had used, al-iksar. ‘Elixir, of course,’ she said aloud when she worked it out. This must be what’s having these effects on all these women. I must find out more.
Evie stood, frustrated that she wasn’t being given access to information that she needed to give good care to these women. As she paced around her office she came to the door and noticed that the entire outer courtyard was empty. There was no one to be seen, and the eunuchs who would normally be guarding the outer doors were absent.
Cautiously she approached the long wall in which was set the doorway that marked the boundary of where she was allowed to go. They didn’t say I couldn’t listen, or peek though. There was nothing to be heard by the door, but Evie moved along the wall to where there was ceramic latticework through which she could look if she went up on her tip-toes. Inside was a corridor, and on the opposite wall was another lattice. Although her pounding heart was filling her ears, she could still hear something going on. At first she thought she was imagining it, but after a moment she heard a moan, a deep, sexual moan. It was soon joined by another, and perhaps a third or fourth. Each seemed to repeat, on random cycles, sometimes joining together, other times spaced out. Along with the sounds, she smelled a musky, spicy fragrance that she couldn’t identify, but she wanted to identify. She pushed her nose to the grating, breathing in, and instantly felt her nipples harden under her top, pressed against the wall. She had a sudden urge to rub herself against it, to lift her top and grind them against the rough surface, but then the groans got louder, distinctly sexual now — women being pleasured.
She stared through the lattice, sure that if she could get close she’d be able to see enough to satisfy her curiosity. Bolder now, driven by the sounds and scents, she approached the double doorway. Quickly, she tried opening it. It wasn’t locked. She cracked it open just a couple of inches, the scent was even stronger here, and it was mixed with something else, the distinctive smell of sex. She could spy the latticework just down the corridor. She had to know what was going on. Checking behind her again, and then putting her head through, looking up and down the corridor, she saw no one.
With an impetuous dash she ran inside, sneaking up to the wall, her heart in her mouth. She still had to go on tip toes to see anything, but sure enough, this time, in the softly lit room beyond, she could see more.
Seven or eight women were on the floor. Some sitting, some lying, a couple on all fours. They were all naked, eyes closed, their hands caressing their breasts or tracing over their own skin. None were touching the others.
But every single one of them, whether kneeling or lying back or forwards, had their hips and crotch encased in some kind of sleek white devices. She’d never seen anything like them. They looked like you could sit, or slide into them at will. No markings or controls hinted at their purpose. But the women’s reactions told Evie all she needed to know. These women were being pleasured. She could only imagine how from the sounds they made. Some of the machines gave off quiet noises, vibrating or suction or more piston like sounds, that made it easy to guess that they were sex machines. Fucking machines like nothing she’d ever seen or imagined.
She saw that there was an open door at the far end of the room, and by it was the only device that was not in use. I have to get a closer look. Evie crept along the corridor, her senses alert for anyone coming near. She peeked around the corner and found it empty again, the entrance to the pleasure room just beyond her.
She crept on her tiptoes, right up to the door, leaning just her head around and was rewarded with the device up close. It wasn’t much help though. The interior was just a curved plastic cover too, like a bucket seat, designed to sit on while kneeling. ‘Damn,’ she said under her breath, suddenly realising just how exposed she was. This was crazy, I must get back.
She turned, her breath catching in her throat. Stood right in front of her was one of the eunuch guards, and behind him, a woman she was sure was one of the prince’s wives. She wasn’t dressed anything like she had been at the dinner. She had a turquoise leather corset on, with a matching set of thigh straps, cuffs and a high collar. Her top was a fine mesh that did nothing to hide her breasts, and in her heels she towered over Evie. Her raven black hair hung down to her waist. The commanding woman smiled like a cat who’d just caught a mouse.
She put her finger under Evie’s chin, closing her gaping mouth. ‘Oh doctor, I don’t think you’re supposed to be here.’

So, there you go, how do you think it's shaping up? What did you like? Anything you'd change? What ideas do you have for how the story can develop?
In the next part Evie has to deal with the ramifications of her snooping, and Ted reaps the benefits. She also has a close encounter with one of his wives, and starts to discover what the true meaning of desperation is.

I think this story is shaping up well enough to turn into a book so while these last two parts have been visible to everyone, (although only paying subscribers can comment) future ones are going to be for my Fan Club and Book Club followers. So sign up to read the rest!

I designed this infographic to help people describe their level of arousal and so communicate more clearly around edging and denial.
It's also attached to this post as a PDF.

Ways to use this:

I'd love your feedback on using this, and any ways I could improve it. Message me here or on Tumblr.

$30
THE GOAL
REACHED!
Cover the cost of distributing Advanced Reader Copies professionally and anonymously via the BookFunnel service
73.6%
collected
to reach
This goal lets me dedicate a day a week to writing and publishing, rather than just fitting it in between other work.