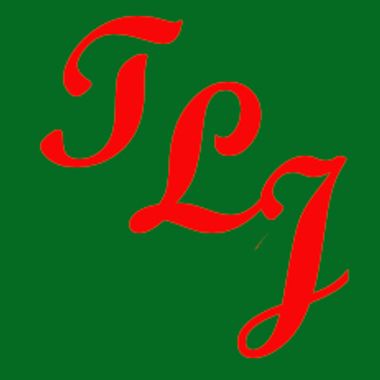 Thank you for your support, work will be published a here week before anywhere else.

Are your first drafts garbage? Read mine and feel better about yourself! Rough drafts, exerpts, an instructive look at the early stages of the creative process. You'll also receive three extra chapters.

Do you like esoteric theories of human morality and how we might mitigate human suffering? Well, drop some money in the hat, and you, too, can call me an idiot.

Patron of the Arts

Now with alpha access. Be the first to see my next project as I work.

A truly mad show of support, you have my eternal gratitude.,

She prowled through the dark, sterile, stone halls of the building, long claws scraping softly over tile flooring. The darkness didn’t bother her, slit eyes dilating to admit the dim light and allow her to see clearly. The halls were quiet, and her large, sensitive ears could detect soft scuffing over the still air. Her ears twitched, swiveled this way and that, honing in on the source of the sound.
She followed the scuffing, coming to an open door on the right of the corridor; there, back to her, was a man, long, sandy brown hair tied back in a ponytail, which hung down past his bottom. He was digging through a drawer the sound she’d followed the shuffling of paper.
She crept forward, weight perfectly balanced, the soft pads of her feet, making not a whisper of sound. As she approached, the long claws on her feet flexed, and instinctively she crouched in readiness to pounce.
“I can hear you breathing, you know.” She drew up short and quickly stood as he turned, not wanting him to see her acting a fool.
He grinned a lopsided grin at her. “Stalking your prey, kitten?”
She crossed her arms over her breast. “It’s not like I was sneaking up on you,” she sniffed. “And don’t you kitten me. What do you think you’re doing?”
He glanced over his shoulder at the filing cabinet. “I had a dream about tapioca and woke up thinking about the behavior of hypersolids arranged in regular matrices, so came in to compare my thoughts to-”
She had no idea what he was talking about and, at the moment, didn’t care. “You should have woken me.” Her left ear twitched in annoyance, the very idea of him out unaccompanied, why, it was a scandal. If her mother ever found out she’d allowed a man to traipse about the city, alone, and in the resting hours when thieves and murderers prowled no less. The tanning she’d get didn’t bear thinking about.
He frowned. “You work so hard, Lisril; I didn’t want to interrupt your rest.”
Her lips thinned; he could be unexpectedly endearing in his pigheaded disobedience. “Regardless,” she said. “If it couldn’t wait-” She sighed. “You know how I worry.”
He cupped her cheek in his hand. “I’m fine.” His thumb made small circles on her cheek, and his forefinger came tantalizingly close to that magic spot he’d found at the base of her ear. “And you came to save me anyway.”
She sniffed dismissively. “Only after realizing you weren’t in bed.”
He smiled sweetly at her. “I’m so lucky to have such an attentive Dryantisa lady looking after me.”
She knew his game, the compliments, the tantalizing touches; he thought if he buttered her up, it would cool her temper and convince her to go easy on him… and it was working, drat him.
She puffed her chest out and enclosed his hand in her three-fingered grip. “You are,” she said. “Which is why you ought to be more obedient.”
His smile turned fond, but he said nothing. “Alex,”  she said. “I don’t mind you running off on these flights of fancy. I don’t; I just worry for you when you go off on your own like this.”
She took his other hand, gave a little shake. “I’m not angry, but promise me, no more. I’m here to protect you.”
He drew her fingers to his lips, an endearing little Dyrantoro gesture of affection. “Promise you’ll come with me?”
An indulgent smile crinkled her nose. “Anywhere.”
He beamed at her, and it was infectious. “Let’s start with home, hm?”
“Home sounds good,” she agreed.

She bobbed her head, smiling fondly at him. “You’re welcome, Angel; now do as you’re told.”
LiteratureWdc
Comments (0) loading...
Like(0)
Dislike(0)

$26 of $600
per month
This is what I would need to hire a copyeditor for a 200k word novel each year at current editorial rates.
$26 of $3,100
per month
At this point, I can cover copyediting and replace my income to write for you full-time.
$26 of $3,900
per month
This level would cover my living expenses, copyediting, and developmental editing for a 200k word novel each year.
$13,726
to reach
the Goal
As ludicrous as it may sound, a full time research assistant would cost on the hoof $9,000 a month at current freelance rates.