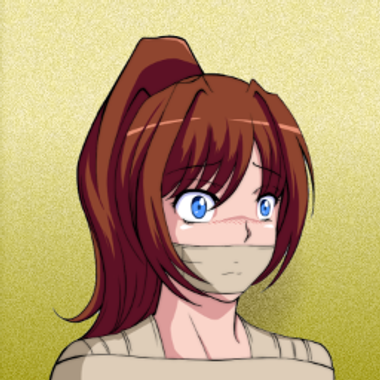 MrWrapture
By proceeding, you confirm that you are
at least 18 years of age.
Yes, I choose to proceed
Cancel
Cancel

MrWrapture
IMPORTANT NOTE:  I strongly recommend you have a Discord account and have it connected to you SubStar. Not only am I'm more active on my server, but you will also get your Role and Rewards.

WELCOME TO WRAPTURE
The Game Project


What is A Wrapturous Adventure?
It’s an explicit and uncensored BDSM-themed 2.5D stealth puzzle side-scrolling game where you play as a female treasure hunter named Yui - who must try and successfully navigate a cursed Egyptian tomb to escape while being stalked by the tomb's queen and her loyal slaves. Stripped and nearly mummified, can you find a way to avoid being caught while weaving and ducking through enemies, traps, puzzles - and your own fragile sanity? Only punishment awaits if you're captured, and too much of that would break the mind of anyone. Good luck!
​
Pre-alpha Build Out Now!
Download it here: Itch.io, GameJolt -or- MEGA Link
​
Some Useful Links:
​Official Discord Server
​Official Twitter
​
Check out the Game's Design Document

Meet Yui and her captor, the Queen!
​Character Sheets.
​
This is a pre-alpha build of Wrapturous Adventure. All assets and other aspects of game design may be subject to change with or without warning as development continues. Thank you for understanding.
​
The current development pathway includes:
​
Why should I pledge?
Pledging will be very helpful in continuing the development of the game - checking more items off of the development pathway. Additionally, pledges will also provide the support needed to hire additional artists, writers, and voice actors to expand aspects of the game beyond its base code. While the game is free as of now, pledging will, of course, grant you other nice rewards such as access to early builds of the game and other demos, the ability to vote on possible capture/punishment scenes featured in the game, and even the ability to suggest brand new punishments for Yui altogether. Poor girl...
​

Some recent animeted gif requested by some supporters.

Sorry that I haven't updated the Pre-Alpha build though I'm debating if I should have called it a...

MrWrapture
Public post
Which would you prefer regarding Wrapturous Adventure's punishment cutscenes?
1) Full animations on a 1-2 second loop, but only a few unique scenes.
2) No animations, but a significant number of unique scenes.
3) Motion comic animation, with a middling amount of unique scenes.
Vote Here:  https://twitter.com/MrWrapture/status/1295885746788806659

Currently updating my games Design Document, once it's all done I will get back to doing some updates to the Pre-Alpha.  In case you don't know a Design Document is very important in a games development, its pretty much a set of notes and plans on what the game is gonna be like. I'm currently updating the document cause some aspects of the doc weren't filled in and some sections were not well put together. So want to rework it so I have a more clear document not only for me as I work on the game, but maybe to share with people to help show what I really plan with this game. Cause the Pre-Alpha doesn't represent what the final game is gonna be and I want to make it pretty clear for people. Anyway, when the Document is done I'll be getting back to working on the game itself.

Nothing really game changing, I notice Yui's character sprite is more closer to the camera when she is facing right compared to when she is facing left, and I fixed that little issue, and the games Icon was the standard UE4 Icon and I replaced that with a proper icon. So yeah nothing big at the moment.


Due to the update being so minor I did add a little extra feature. press the [Spacebar] at any time and you will swap any Yui's placeholder sprite with the 2D Hand-Drawn sprite (Work in progress). Currently only the movement animation has been done, but more are planned to be made pretty soon.

Beta Build of the new Prototype

So my friend Tsinji completed what is probably the Hopping Cycle for Yui in the upcoming game, th...

So Tsinji did a Work In Progress on the first frame of the sprite animation. (Tsinji thought trac...

This is a in Game Engine (unreal 4) screenshot. I asked my friend Tsinji who will be doing the ch...

Lets "Play" On The Swing

$2,241
to reach
the Goal
Additional Incentives - The game's cutscenes and animations will be re-animated in order to allow for multiple styles of bondage for Yui to wear (e.g. Rope).