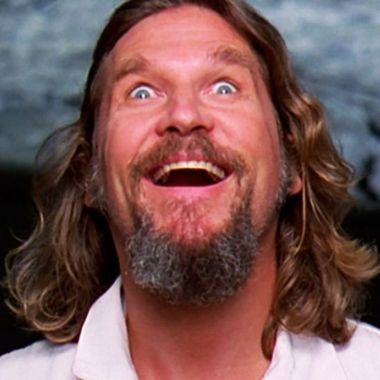 Roadmap for the future of BA

Hey dudes.
So as said couple days ago - Become Alpha is back! I know you all want to know what happened, where was I, and so on. But it's hard to answer this question. Let's just say I was fighting demons, both internal and external, and I really don't wanna talk about it anymore.
Oh, and also: fuck Putin and his dirty mongrels.
But don't worry - apart from the above, I want to keep the game and my posts as apolitical as possible. I had more than enough of this shit throughout last weeks. (though I'm not promising I won't add one particular small-dick dictator into the game, so that everyone could fuck his dirty mouth and spit in his face).

Anyway, back to the game, there's couple updates I wanna share with you...

So as mentioned before, locodahmerio will be joining the team as a writer. In fact, he already did, and 80% of the stuff in the new update will be his writing. I was really blown away by how well he fit in with the style of the game, so I'm 100% sure he will be a great addition. He's into it, and he seems to be more reliable then me when it comes to deadlines, so expect a more steady stream of updates.

Update #2: The new update is coming this week

So we were working with locodahmerio on finishing all the stuff that I promised in December/January. This is mainly a long overdue Christmas event, followed by Corgis etc.. The good news is - Christmas event is almost done, thanks to loco. He really nailed it, and we should be able to publish it next weekend. Corgis should be next, although we'll see.

Working on this game is hard. Harder then people might think. I really hate myself for missing the deadlines, and staying quiet when I see everyone asking questions what is happening to me. But sometimes, I just can't make myself to say anything... The weight is just too heavy. And it doesn't stop to amaze me, that despite all this shit, you guys are still here. It makes me want to deliver everything I promised and more, just because you believe in me. Thank you. That means a lot. Last weeks were tough, and the thought that there are people around the world that think the stuff I do is valuable was really really precious, even if it's just porn and jokes.


Long story short - there's a new team member, locodahmerio, and he will help me with the game from now on. He's already on Discord and F95, so you can shoot him up if you have any questions.

More news about what is going on coming in next 2-3 days.


Thank you all for staying with me. This was tough months, but we will survive.

$500
THE GOAL
REACHED!
With this goal met I should be able to work on the game at least 2 evenings a week. The updates would still depend on the life situation and other projects, but I'm a quick and hard worker, so I think I'll offer a pretty decent progress.
$1,000
THE GOAL
REACHED!
With this goal met the game would be my second job. It's still not enough to sustain myself with this amount, because I'm fucking ears deep in debt, but it would certainly be enough to work on this game 4 evenings a week.
$2,500
THE GOAL
REACHED!
Well, let's not be afraid to dream big, right? With this amount I'm able to basically live off the game. And this would make me a happiest fucking man in this part of Milky Way. So if we meet this goal - you can expect my daily commitment to expand this project. And, trust me, I have A LOT ideas where to take it.
$2,704 of $5,000
per month
So the amount in this goal is directly from a fantasy world, but what the hell. With this amount I'll fund an army of big-tiddy goth ninjas that will raid the parliament and make me an emperor. My first order of business would be to make all my supporters my official ministers, and together we'll vote to fund a space station in a shape of giant penis, so that next time someone says "That's no moon" he'd be talking about two giant balls hovering over Australia. And then we party.