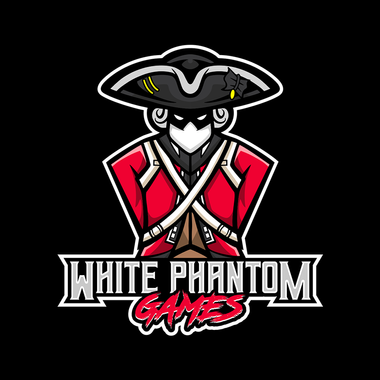 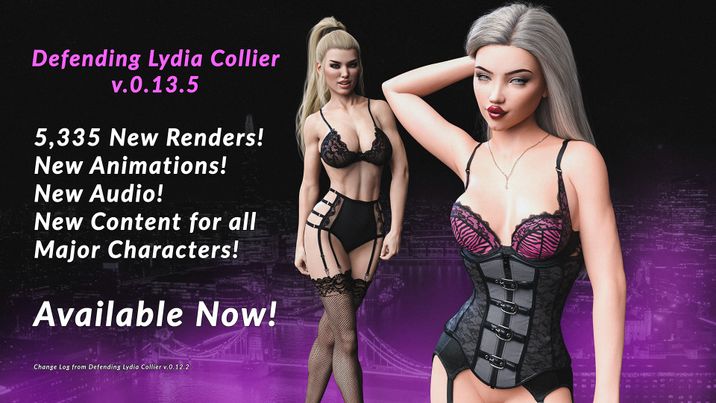 I've now completed 1,396 renders for the next update.

Bimbo Steph, Emma and Samantha are now all finished, and I'm closing in to finishing Jenna's content. Which will just leave Ellie's own content, regular Stephanie and then Vanessa's Day with Tiffany's wedding before the next update is complete.

I'm still expecting the update to be finished render wise near the end of the month, then it will go into Alpha and should be ready for release at some point in September.

I'm now up to 1,279 renders completed for the next update, out of an estimated 2-3 thousand. I've completely finished the content for Emma and Samantha, who both have several new individual scenes, and this weekend should have Bimbo Stephanie's entire day wrapped up with the goal being to have both hers and Jenna's content completed by the end of next week.

With the way things are going, I should have the update completed sometime around the end of August or beginning of September, but I'll set a more exact release date once I've sent it to the Alpha Testers and got their feedback. I've also expanded the number of Alpha Testers now, and we'll be more thoroughly checking for typos rather than just bugs this time around.

Thanks for the feedback on the BETA Scene, as far as I am aware it was fairly well received and I'll be making some adjustments to the coding to optimise it a bit better. This month's

In terms of the polls, with the votes from all sites concluded the winners were Connie ($25) - Danielle (Legacy) - Stephanie ($10). They will all have their renders made near the middle of the month.

Here is this weeks progress report.

In the past I've focused on completing all the renders and then doing all the coding and stuff in the final weeks, this time I'm mixing that up which should help me get a much more accurate release date when it is ready.

I've included an image of Samantha's stream generated in game, which I've spent a lot of time this week making as interactive and realistic as possible, so you'll see virtually all the text update with latest follows, gifts, donations and have the option to interact yourself.

For everybody at $10+, you'll have the BETA Version of Samantha's first stream released tomorrow for you to try.

I've also spent a lot of time preparing the Steam release. Defending Lydia Collier, will be sent to approval with a full store page next month. If it is approved by Steam you'll be able to then see it there next month and I'll be able to announce more about this.

Here is this week's update progress.

I have now completed 1,025 renders for Defending Lydia Collier v.0.14, and have completed all of Samantha's and Emma's content, and closing in on completing Bimbo Stephanie's.

I expected v.0.14 to be released in August/September, however I won't set a release date until it is in Alpha Stage this time.

The Poll's for Monthly Renders will be up this evening.

Here is the second weekly Development Log for Defending Lydia Collier v.0.14.
So this week I've been continuing working through the storylines with new content for Samantha, Emma and Bimbo Stephanie. I've now finished all of Samantha's Solo Content, and as I mentioned last week this month's BETA scene will involve some of her stuff and be out later this month.

So far I've created a short animation and now 404 renders.

I've mentioned before v.0.13 was going to be the biggest single update and took just over six month's of development, v.0.14 will be in the 2000-3000 mark and slightly smaller, although still very large by AVN standards. So we're about 1/6th of the way there so far.
In addition to this I've also been working on putting the game on Steam. I can't say too much about this at the moment as my game isn't yet approved, and I don't want to promise things and then it get rejected, however if you haven't seen the new trailer I made for the Steam Store you can check it out below and there will be more on this once it is hopefully approved.
https://www.youtube.com/watch?v=DFP9F72A4Ss
Thanks for all the new and continued support!
WP

As promised, I'm going to start doing weekly development logs every Friday to keep you all in the loop of how the game is going and what is going on.

Firstly, with the monthly renders, the winners were with all votes from all sites combined; Kylie - $25, Emma - Legacy & Ellie - $10. So I'll be making all of those images and releasing them later in the month, these will be "American" themed.

Now, onto Defending Lydia Collier v.0.14, which will be Sunday in the Game's Timeline.

So far I've completed 193 renders and a short animation, with the focus so far being on Bimbo Steph & Lydia's meeting and potential friendship, along with Samantha's new career as a Video Game Streamer.
This month's BETA Test Scene for $10+ Supporters will involve Samantha and her streaming, and will be out later this month once the various bits I've commissioned for her have all been completed, for those who wish to try it.
As some of you may or not know, with the surge in supporters from v.0.13 I've invested in another computer to render on, so I'm hoping to be able to maintain the roughly 200 render a week pace.
If you haven't already, make sure to join Discord - https://discord.gg/qEB2mcK- or follow me on Twitter - https://www.twitter.com/whitephantom18 - to keep up with all the latest news!
Thanks for all the new and continued support, you're what enables me to work on this project full time, invest in new equipment and continue to make the game, so a huge thank you!

14.2%
collected
to reach
This will enable me to focus on Full Time Game Development as a career!
$120
THE GOAL
REACHED!
This enables me to cover the current basic, non-labour/time related costs of creating and updating the game, including licensing audio and related web-hosting costs.