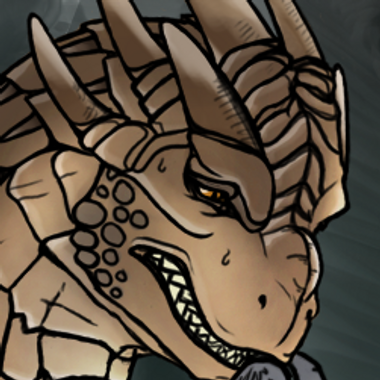 Even the smallest pledge is a boost for this project. Be part of an ever growing community to help speeding up the development process. You also get early download access to STABLE builds before they are released to the public.

✓ You will appear in the credits of FeralIsland (Optional, you will be asked).

✓ Grants access to the #mysterious-leaks channel on discord. Which lets you see some screenshots of the things I am currently working on.

✓ Be part of the "Future of FeralIsland" discussions, polls and early announcements.

You are awesome! Thank you very much for your support. :)

The serious stuff starts here. You will get access to experimental nightly builds. A new build is uploaded as often as possible.

You are amazing and deserve my gratitude for helping me building my dream project! Thank you very much. :>

Finished integrating the dynamic pen* system to FeralIsland. You can check it out in the gallery. This system works in VR & normal mode.

Special credits to raliv for creating this awesome shader!

Features:
- Added a sitting animation that is triggered after idling for some time.
- Added toggled mounting to the game. If you hold the left mouse button or vr grip for 3 seconds, mounting will be toggled on. If you click/grip again the toggle will be released.
- Added tooltips for rolling and toggled mounting.

Bugfixes:
- Fixed the orientation of the right eye and the eye brow  animations of the Felkin in the island. It looked a bit off.

Finished integrating the dynamic pen* system to FeralIsland. You can check it out in the gallery. This system works in VR & normal mode.

Special credits to raliv for creating this awesome shader!


Features:
- The camera is now following the Felkins better and is now better responding to direction changes.
- The animation when pouncing a mountable Felkin is now interpolated.

This are the patch-notes of the free November update for FeralIsland. Feel free to check out the release page for the download link, also feel free to check out my SubscribeStar page for more news around this project. This free version was brought to you by the testers, supporters and its awesome community!

If you want to support this project, you can become a supporter or tester and test the latest version of the game.

1.9%
collected
to reach
✓Samsung VR Gear support is added including a AR mobile version to place ferals in your favorite spots at home.(Android version) ✓Two additional ferals will be added to FeralIsland ✓(More goal rewards will be added when the above goal is reached) **I can´t believe it. You guys are awesome!**