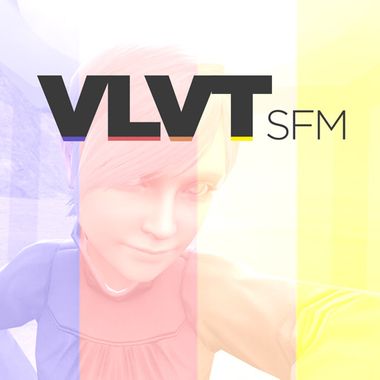 VLVTsfm
Hello, I'm VLVT and I've been making creative smut since 2015. I take a lot of pride in my work, but each piece gets so much time and attention that there's just not enough hours in the day. I have so many ideas for animations, models, and stories, and I'm asking for your help to make them real.

Free tier for following updates. All the email notifications, none of the content.

See my content early and uncensored! Includes exclusive works and WIPs, smaller watermarks, 1080p MP4s, and it makes you a generally great person.

All the medium dick perks, plus access to my schedule doc and polls.


I’m writing this post because I get a huge number of comments and DMs asking details about how I do audio production. This will be a free post so I can link to it forever and ever. Thank you!

Voice Acting
“The voice lines sound very realistic, did you hire an actress?”
Sometimes I hire actresses. 18+ actresses, for God’s sake.
I’m very picky selecting an actress. To say it in a few words: I feel like most porn-friendly voice actresses have the same ‘sound’, and it’s not what I’m looking for. If you’ve ever listened to the girls on Reddit’s GoneWildAudio, you might know what I’m talking about. Over the years I’ve found some amazing voice talents, though!
Custom voice work is a difficult process for a number of reasons. Mainly it’s that no matter how specific you get with line direction (describing how a line should be read), there’s always a way to read it that you weren’t considering. It’s like making a wish with a genie...
This means that you’re always choosing between settling with what you have, or going back for retakes. There’s no guarantee that a retake will be any closer to what you need, so you could be wasting time and money.

Prepackaged Voice Lines
Because of all this, most of my animations are actually constructed using repurposed voice lines from video games.
High-quality titles are full of good, well-directed, cleanly-recorded voice work. I’ve delved into game assets—The Last of Us, Resident Evil 2 Remake, Dishonored, and some others—and painstakingly extracted and labeled thousands of voice lines.
In the process of sorting them like this, I've found dozens of lines good enough to build entire stories around.

Mixed Bags
Bear Trap is almost completely composed of voice lines from The Last of Us… which is appropriate, but many of Sarah’s lines are actually Ellie.
There’s no good way to get one person’s voice to sound like another's, but pitch shifting and a little bit of EQ get you part of the way there. Your brain, which likes to make things consistent, does the rest of the work. When you see a character say a bunch of things in a row, you naturally assume they’re all being said by that character.

Voice Acting (the dudes)
90% of Joel’s voice lines in Bear Trap are lines from the game, but a single in-your-face line is actually delivered by a different voice actor I found.
There’s not as much to say about the male voice work, because it’s generally easier to make it fit. I’m not as obsessed with making their lines sound a certain way.

Gasps and Moans
The games above have given me a lifetime supply of breaths, gasps, moans, groans, and so on. I tag their files when I’ve used them, so I don’t accidentally reuse the same moans in different animations… too often.
If that’s not enough, it should be noted that pitch-shifting a moan generally works to make it sound distinct.
I’ve also commissioned a personal sex-moan “library” from a really good voice actress. Occasionally I pick from there.

Wait, so it’s all madlibs?
Yes, basically. It’s unbelievable how much audio these AAA studios produce for games. It’s even more unreal how much can be taken out of context for smut.
I noticed this first in Zelda: Twilight Princess, and I don’t mean how Midna moans every time you dash… It was way back in 2015 when I was making Midna Meets a Mimic, and I was extracting all of the sound effects from that game to find relevant audio.
The only thing was… it was all relevant. Every character moans, a LOT.
There are so many ways to bring these sounds together into a cohesive and convincing package, so please don’t think less of it. Like I said at the beginning, it’s all about the intent and the emotion of each line, but if there’s any chance viewers will notice something’s ‘off’, I won’t use it.