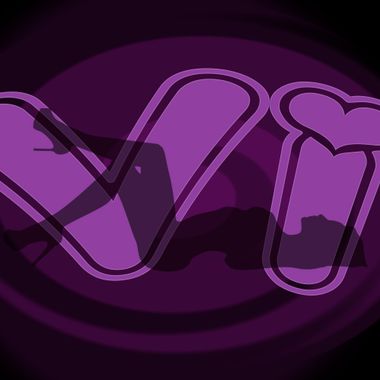 Virtual Indecency
By proceeding, you confirm that you are
at least 18 years of age.
Yes, I choose to proceed
Cancel
Cancel

Thanks for visiting my page! My name is Steven and I like to make adult oriented visual novels with taboo themes.

WBBG is the story of a 'recovering' sex addict who takes a new job as head of discipline at a facility for wayward girls aged 18-21. Each inmate has her own wants, needs, and personality. Some are hardened criminals, others are products of their environment and are honestly trying to do better in life. How will you interact with them? Will you administer swift punishment? Will you degrade and humiliate them? Or will you be kind and understanding? The choice is yours!

My games are story-driven, first-person narrative visual novels in which you get to make choices that will affect the outcome of the story!

My games include a multitude of characters from many different backgrounds

Mary Agnes, the ballbusting Mother Superior of Pine Grove Academy for Wayward Girls Sister Anne, the nun with a mysterious past Salem, the sarcastic goth chick Roxxy, the hypersexual rich girl Anya, raised by Russian gangsters...at least, according to her Plus more...

There are more characters that you will get to interact with, and more will be added as the story progresses.

All images are rendered in Full HD (1920x1080 resolution), so you'll see no shiny, plastic-looking models or background images littered with 'white-noise'.

I put a lot of thought into my dialogue, so the script is descriptive and contains none of the broken English and poor translations of many other visual novels. My games take a while to produce, but you'll appreciate the extra quality and attention to detail when they release!

If this sounds like something you would like, please consider becoming a supporter. I hope to make this a full-time job one day (or nearly full-time, as I rather like my day job) and I can only do that with your support!

Thanks for visiting, and especially thanks to all my supporters for making this game possible! Look below for some screenshots, and feel free to download the latest public release of the game to see if you would like to enter a pledge! (To find the current version, go to the 'Posts' section and search for the keyword 'release'.)

My undying gratitude for supporting my work!

Receive each release one week before the public release.

My undying gratitude for supporting my work.

All previous rewards. PLUS receive each new release one month before the public release.

All previous tier rewards. Receive a full walkthrough of each chapter within a week after the initial release. Receive a weekly preview image (every Friday) from the next chapter. An alternate costume for one character in each chapter. (Character voted on each month by $10 and $15 patrons)

ALL previous tier rewards. Beta test each release. You will receive an (officially incomplete) preview of the game one week before anyone else! You can message me directly if you find any bugs or typos that need to be fixed before release.

Where Bad Girls Go: Chapter One Finale Part 2 is available for $5 and $10 subscribers!

Where Bad Girls Go Finale part 1 is free to the public!

Where Bad Girls Go Finale part 1 is available for $2 supporters!

Where Bad Girls Go Finale: Part 1 is available for $5 and $10 Subscribers!

I wanted to take a moment and let everyone know about some changes that are going to be coming to my SubscribeStar campaign at the start of 2021. If you want the tl;dr version, skip to the last paragraph. :-)
First of all, I'm not quitting. However, I am going to slow down a little bit. I have an opportunity to take on more responsibility at one of my day job, and I've decided to accept it. For those of you who don't know, my 'day job' is as a professional musician. The way this year has gone, primarily due to the global pandemic, I have had to cut way back on performing, which has caused me to lose a lot of income. The opportunity of a steady paycheck isn't a luxury that many musicians are fortunate enough to receive, which is why I accepted.
How is that affecting Virtual Indecency? First of all, I'm still going to keep producing, but I'm no longer going to follow a monthly pledge cycle. Instead, I'll be taking pledges only when I release a new update. For the last year or so, I've been working very hard for many hours without much of a financial return. That's isn't fair to me, but, more importantly, that isn't fair to the people that are still pledging $15, $10...hell, even $1 per month. By going to this type of model, it will allow me to work on my own time, and in my spare time. Things won't be quite so rushed and I can work on producing more quality content without a time constraint looming over my head, which I believe negatively impacts the quality of my work. This will also allow me to start producing some other game and story ideas that I've had kicking around in my head. I'm also looking at refining my pricing model. This may involve eliminating the $15 tier...I'm not 100% sure about that yet, but I'm leaning heavily in that direction.
So, what does this mean for my supporters? First of all, you will still receive the same content that you're grown accustomed to, and I will strive to learn more and produce better content. You will receive fewer releases, but you will ONLY be charged when I come out with a new release. You will NOT be charged for a month in which there is no new release. Each new release will also be longer and more fleshed out.
What will you need to do on your end? Pretty much nothing. The new payment model will go into effect automatically, so you won't have to change anything. There will be one more 'automatic' charge on Jan. 1st, when the next release occurs, then you will only be charged when I new release happens, which will never happen more than once in a 30-day period.
How long will things be this way? I'm not sure...but certainly for the foreseeable future. I have no plans of ever stopping. I still really enjoy this kind of work, but lately, the stress hasn't been worth the payoff, so I'm looking forward to being able to work at my own pace. There was a time that I was making most of my income from Patreon, and I was able to justify spending 6-8 hours per day working on new content. Maybe I'll be able to build things back up to that point again. I'm not really sure, but for now, I'm just going to have fun with it and work as I'm able to.
Thanks again for those of you that have stuck with me over the years since I started this, and I'm looking forward to adding to the story of Where Bad Girls Go and maybe some other stories, both familiar and not-yet-familiar. I'm about to get back to work on the Finale to the Finale of Season one of WBGG. I plan on releasing it around Jan. 1st, which is when the new model will go iinto effect!
tl;dr
Effective January 1st, 2021, you will only be charged for your pledge when I release new content, as opposed to the beginning of every month. Content updates will also probably be fewer and further between, but releases will be longer and more fleshed out. That's pretty much it. :-)

Anya Chapter One is free to the public!

Anya Chapter One for $2 Supporters!

Happy Haloween from the girls!

Happy Halloween from the girls!

Have a safe and spooky Halloween!

Where Bad Girls Go v0. 7 Beta is available for $15 Supporters!

Anya: Chapter One is one the way!