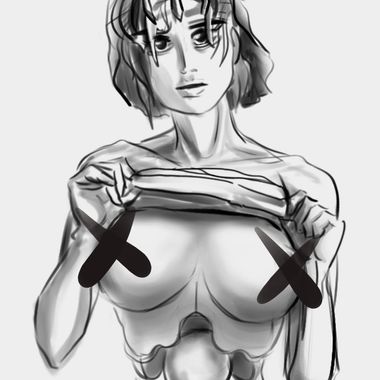 18+
Velvet_Grit
Sex, suspense, violence and emotion. This is what I have at Velvet Grit. I make original scenes and sequences as well as short stories in English. [Warning] what I create is not suitable for anyone sensitive to violent or pornographic imagery and literature. If these things offend you please refrain from consuming my media. Thank you.
Action
Peril
18+
Dark
Nsfw
Hardcore
Subscribe
Send Message 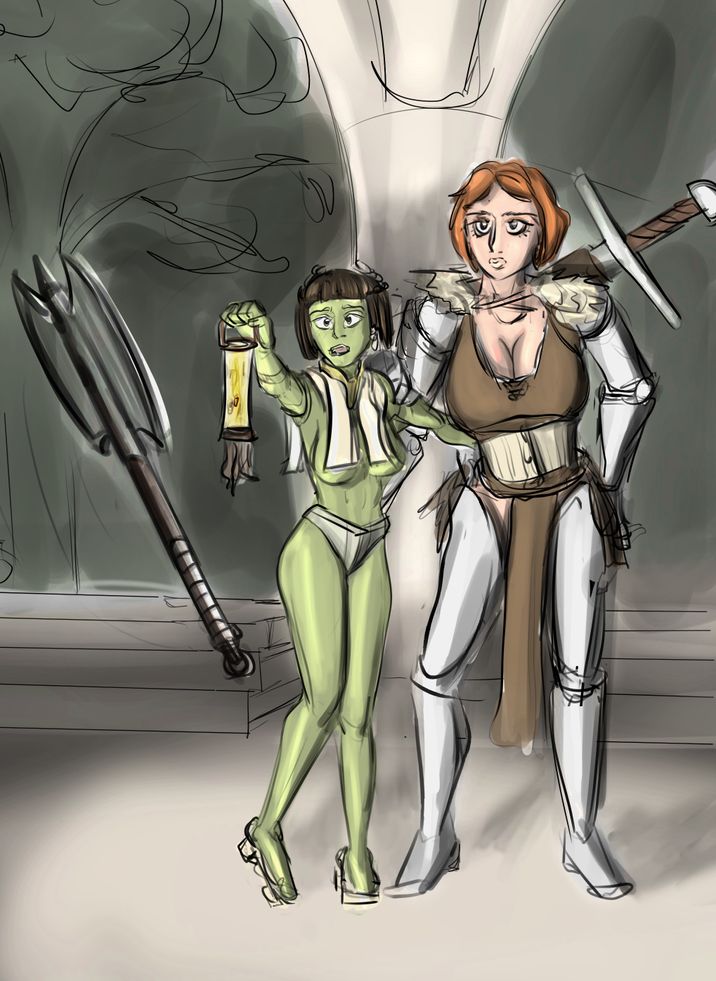 Hoisted on the shoulders of two exited & bloodied brothers, a laughing trophy of war, Kylie Duhem returned to to town a victorious survivor. A procession of a dozen caskets followed them in. The two men stumbled into the inn to cheers and hollers and set her down on her feet. Announcing victory in unison, they raised her arms in the air like a prized fighter.

"The Daemon God of Prost is dead!"

This night would be one of celebration and mourning, but the people of Prost were already free of the risen dungeon. None would sleep for the night was merry.

Often nude in town but for lace gold chains dripping down her frame. She was hot to the touch. Holy light seared her skin & blood would flow from her wounds. She would often ask to be rinsed with cold water. Rinse, heat, repeat.

"The sun does me favors." She would say to the prude folk.

Wounds closing up & scars fading in a few days after made her demigoddess pedigree apparent to all. She would play strength games with the bold, train, flirt, & stroke egos. Her favorite ladies and suitors would invariably bed with her before stays end for wild nights of sexual release. Without a doubt, the most popular adventurer of her generation.

"She shamelessly strides into hell itself, even returns! Cocky slut! Harlot crusader! Let not her gifted body & abilities seduce your stupidity! She is not your friend, lover or family! A weapon of the gods is sharp to all who touch!"

Oloosea, the village Hag of Prost, would speak of her treachery to a chorus of groans and eye rolls. Coarse words and curses falling on deaf ears. Her gnashing teeth and uncouth damning of this, "Kylie the Doomed" was not a convincing story the eager townsfolk.

To the hag, the truth of the matter was simple. Those who could not keep up with this hero, would fall behind & perish in her wake. Young healthy able bodied fools followed her lightly clad hardened body and free spirit into the depths. Easy food for the blood machine, endlessly fought by Kylie Duhem herself and all the other cursed heroes of this age, end of story. Her ritual preparations and long game blessings on the townsfolk of Prost could be unraveled by a few hot nights before a big dive. Tough souls inspired by loss and lust. Tomboy queens dying for their idol. Hopeless fools doting to seed her at any cost. These were threads of destiny easily cut.

In a world of endless nightmares above as below, many locals just think she was jealous, not that they would have said such. Oloosea did protect the village and provide many services after all. Just cut from different cloth. Kylie Doom ultimately outlived her and still carried on grinning, inspiring, fucking & clashing with the ever rising depths of the buried gods.

$237
to reach
the Goal
Lets dew it. First chunk of change! Once we get there, I'll do a commemorative drawing to celebrate your support! Maybe even a livestream draw w/chat! Come tip the bartender, join the club.