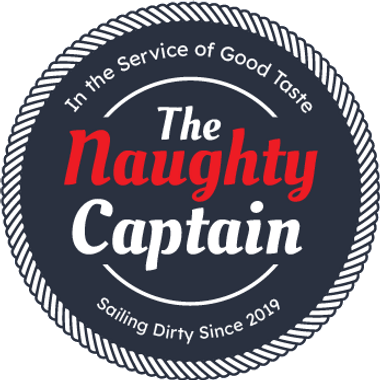 Because you want to make me uncomfortable by giving me so much money. I probably can't thank you enough. But still, you have my gratitude!


As planned, I spent the week working on creating characters and environments.
Not much to say. Problems were encountered and solved. For now, I'm satisfied with what I've put together.
I still have a couple of environments and characters to work on but I should be able to start writing for day 6 part 2 this week.
There will be only 8 scenes in part 2 but it's packed with moments I can't wait to tell. I've been rehashing them so much that it's just waiting to burst out.  As usual, my biggest problem will probably be not to get carried away. Or at least, not too much.


You can follow my progress with this Trello board!


As always after a release, the week has been busy with various things and despite having removed some lines from my task list I feel like I didn't advance much.

The Trello board.
I reworked it. I'll post more detailed information for each task, like numbers of words, images posed and rendered... You will be able to visualize my progress more easily.

The trigger lists.
They are up to date and I added a trigger list for the dom paths and the Moronic Hero, Evil Asshole and Psychotic Knight Path. Some paths are still missing but they are very straightforward for now, so I don't think they really are necessary. Let me know if you feel the need for those!

Story map.
I reworked the story map.
I can tell you that Day 6 part 2 will contain 8 new scenes.

New environments.
I started working on them. So far, I'm not really happy with what I come up with. I have a fairly precise idea of what I want but I struggle to find the assets I need. I spent about three hours searching for some decent seamless patterns today. And it wasn't a pleasing experience.

Release for Gunners.
Tomorrow is release day, again, this time for the gunner tier.
I'm building the distribution as I write these lines and I will upload them during the night.
Summer Scent v0.6.1b will bring some typo and bug and logic error corrections.


The last dev update before the release.
I have yet to make and upload the builds but everything should be ready for tomorrow.
I'll start with the bad news.
Your saves may not be compatible with the new release.
I modified the code of previous episodes and those changes have consequences.
Some saves will load just fine but won't allow you to roll back, some others will have you restart at the start of the previous scene, and some others just won't load properly.
I'm sorry for the inconvenience but I had no other choice.
This will happen again in the future, as I'll have to rework some old code to implement new features.


What's next?
I have many things to do before I can really start working on part 2.


To these immediate tasks, I can already add a few features I want to include in part 2.
With these new features, Summer Scent should begin to feel like a proper game.


As always, thank you for your support and your patience.
The Naughty Captain
DevUpdate
Comments (4) loading...
Like(2)
Dislike(0)


Not much to say this week so that dev update should be short.
The beta test has started yesterday and should last for a week unless my beta testers find some major problems necessitating a major rework.
But I'm kind of confident that it shouldn't happen.


So that means that the release of v0.6.1 should start next weekend.


Thank you for your support and your patience!
Summer Scent wouldn't exist without your help.


Post-processing is done. It took way longer than I expected.  Turns out that editing a thousand images, even if you barely spend about three minutes per file on average... Well, that's 50 hours of work.
But it's done.
Tomorrow, I'll start applying corrections and testing the whole thing. There are also a few things I have yet to implement, like the achievements for that episodes and a better textbox.
I hope to start the beta test around next Wednesday.
I'm late on the bonus renders for October and I haven't posted the poll for the next round. I have to postpone all that to November as I try to focus on finishing that update.
I promise I'll make up for this. I'll have all the time I need once V0.6 part 1 will be released.


The posing and the rendering of scene 10 are done. I've been working on the coding since Wednesday afternoon. Three fourth of the scene is coded I should be able to finish it tomorrow and send it for proofreading.
Remains to be done :
The renders are done, I need to post-process them with basic denoising contrast and colour correction. Probably three days of work there. There is also a new tool I want to try. It could lead to something interesting.
As soon as scene 10 is proofread, I have the entire script to rectify. It's usually pretty easy and fast to do.
Before even beta testing the game I need to play and tweak the tests and conditions that structure it.
I plan on a week of beta testing. Fingers crossed we don't find any game-breaking problem.
And then... the release!
The quick sum up :
You can follow my progress with this Trello board!
Thank you very much for your support!
The Naughty Captain
DevUpdate
Comments (2) loading...
Like(2)
Dislike(0)
View previous posts (6/28)
See something you like? Subscribe to see even more!
Subscribe Now
The subscription gives you: