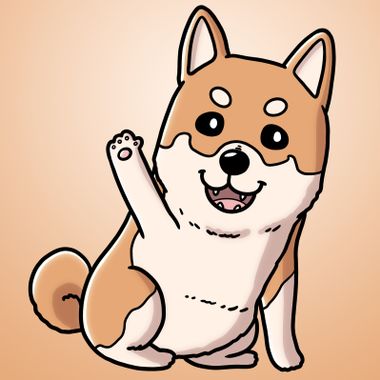 
Hey all, just thought I should post this here since these are some pretty frequently asked questions!


1)Where can I download the games?
Here!
Nano-control (Completed, no longer in development)
Jikage Rising
The Star Cove Incident


3) Jikage Rising seems to lag/ run slow
That's a problem with the renderer most likely! To fix it:
-Just click "Shift + G" when you start the game!
-There should be a "Renderer" option.
-Just choose the one that runs quicker for your PC!
Renpy tends to choose the default renderer instead of the better one when left on its own, so changing it should fix it!

Thank you! I'll be able to get more resources for the game with you help! Subscribing to this tier will give you:

3.Subscribers only poll for you to determine the direction of the games!

On this tier, you will be helping me get access to more resources for the game! You will also get:

1.Sneak previews of scenes and pictures of what will be in future releases!

2.Everything else from the previous tier!

Thank you for the interest in what I do! By subscribing to this tier, you will get:

1.All art that will be in the game

3.Everything in the previous tier

For this tier you get:

1.Early downloads of all releases 2.Your name in the credits of the game if you want! 3.Plus all previous rewards

The highest tier! In this tier you will get all the previous rewards!

It's mostly for people that wish to support the game more!

Alright, so let's get into it!
I've split the different segments now, and all that's left is to place them in the proper places, do a trial run and see if the plot breaks apart. Not the most fun thing to do, but eh. Oh right, this is for The Star Cove Incident.
As for Jikage Rising, it's mostly a "waiting for art and animation to be done" thing currently. So not too much to talk about this week as well haha. On the bright side, the battler art for Ino is completed! So we'll be able to officially recruit her starting from the next update!
Jikage Rising (ETA: v1.19 for Patrons on  16th July, v1.18 for the public on 2nd July)
-Kurotsuchi scenes
-Another Kurotsuchi scene
-Kurotsuchi event
-Adding in new outfits
-Adding in missing animation
-Maybe another scene for a different girl (if we have time)
-Ability to recruit Ino to join battles
The Star Cove Incident (ETA: v0.12 for Patrons on 2nd July, v0.11 for the public on 16th July)
-Segmented, slotting them in and getting day by day events up
Also, another heads up that the art page is back! And you can see it here!
Doujin/Art page
And also my Twitter cause some people were asking about it
WeeklyUpdateNews
Comments (0) loading...
Like(0)
Dislike(0)

Okie doke, have a bunch of stuff I need to do this week as well haha, the schedule for some of the projects I have planned out had a bit of a road block cause of the whole thing that's going on with Star Cove, but I'm working on how to get it sorted out. There's supposed to be a project that's coming out soon that's an RPG where you manage a Tarven, go into dungeons to collect items to cook, upgrade stuff with quest, unlock new party members/customers and etc, basically if Nano-control was Fallout, this new project would be Elder Scrolls, that kind of thing. Pretty exciting stuff, but we'll get there when we get there. Not sure why I mentioned it now that I think about it, but I typed too much to delete so yeah. Uh, let's just move on.
So agenda for the week would be Star Cove mostly, I'm breaking stuff further down and I'll probably get a test group for what I have planned. I'll probably break the events into their separate segment, have the pre-requisites listed out and then link the ones that are related to each other. Then I'll combine that with the time the character has left before the next event triggers, which should give a nice little pace of events. Instead of having things happen, we'll make it more RPG like where you can decide what to do with your time, I should be able to add in more pieces of stuff in it, but then again, it's all pretty impromptu, so fingers crossed.
Jikage Rising is pretty much taking the back seat this week as usual, but Raiha is working on some fun outfits, I'll have them up for showcase after it's all sorted out. Might have Raiha redo Kurenai, Shizune, Anko and Ayame so the style matches as well, but it's probably going to be a future thing.
Jikage Rising (ETA: v1.19 for Patrons on  16th July, v1.18 for the public on 2nd July)
-Kurotsuchi scenes
-Another Kurotsuchi scene
-Kurotsuchi event
-Adding in new outfits
-Adding in missing animation
-Maybe another scene for a different girl (if we have time)
-Ability to recruit Ino to join battles
The Star Cove Incident (ETA: v0.12 for Patrons on 2nd July, v0.11 for the public on 16th July)
-Restructuring, taking in feedback, staying alive


Sorry if this update post is a bit all over the place, I'm talking to like 3 different artists while I'm writing this lol. Speaking of artist, it's time for a shameless plugin for the doujin page, hahahaha. Our doujin page is back up and running, where we'll have progress of the pages posted on the regular, and cause it takes time and to make the pages, I'll have the artist do some quick art about once a week so you guys will still get some stuff as you wait!
Here's the link to the page!
WeeklyUpdateNews
Comments (0) loading...
Like(0)
Dislike(0)

Woots! It's gonna be the Patron/Subscriber release of Jikage Rising again this weekend! As usual it's gonna be busy busy haha.
So currently, I'm adding in a new scene for Tsunade, should be pretty fun for most people. Kurotsuchi's art is also done, so hopefully animation will be done as well! Also gonna add in more dialogue as previously mentioned, so busy busy haha.
Star Cove is going on as usual, but not too much to say about it now!
Oh, also a quick update! A bunch of you guys might have noticed this by now, but the art page is now live! Y'all can check it out here if you're interested!
Tl/dr here as usual!
Jikage Rising (ETA: v1.18 for Patrons on  18th June, v1.18 for the public on 2nd July)
-Kurotsuchi joins the fray!
-Some dialogue between the girls
-A scene for Kurotsuchi
-Event for Kurotsuchi
-Adding in animation for Tenten x Mabui scene
-Ability to recruit Ino to join battles (If sprite is completed)

$130 of $2,800
per month
If we reach this goal I'll be able to do this full time! It would mean bigger updates and a higher quality product! Also, I'll buy my dog a steak.
$130 of $700
per month
I'll be able to consistently get things animated, and at a higher quality! Will also get portraits done for everyone in the game! Including non-essential NPCs and secret characters!
$130 of $400
per month
I'll be able to get more resources to make the game better! Will now consistently commission custom sprites, so that the characters reflect more accurately what they look like in terms of hair, attire and such.
$100
THE GOAL
REACHED!
I'll probably be able to commission more art for the game at a more frequent rate! With this and support from other sources, getting art will be much easier!
$130 of $4,500
per month
If we get to this goal I will be getting more scenes for the games for better immersion! ​I'll also look into getting someone to help me so the games can flow more smoothly!
$130 of $10,000
per month
I dunno, probably voice acting or something? ​I can probably get a website up and have some online games going on at this point.