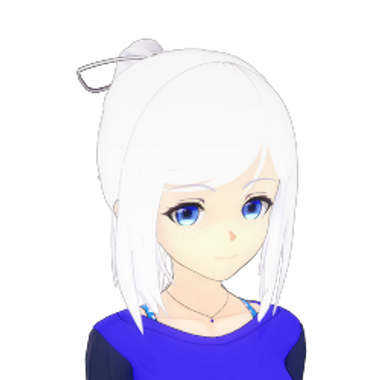 Here we are! The R-Day is finally here!
After 2 months of work, the first part of Dreamland Wanderer Chapter 3 is now out for everyone! I don’t know about you but, this morning, I woke up in an incredible mood!

I’ve had really good feedback from the supporters along with some suggestions that will (for the most part) be implemented with the upcoming chapters.

Entering the Dream Worlds as an Entity, you'll get the following: - Discord role - Access to polls

Visiting the Dream Worlds on a daily basis as a Dreamer, you'll get the following: - All benefits from previous tiers - Your Name in credits - Q&A submitter (if goal reached)

The one who masters the words.

You awakened, facing your deepest fear and revealing new abilities. You'll get the following: - All benefits from previous roles - Dedicated channel in Discord - Beta access (1 week before public release)

Honorable member in our team of Wanderers, you'll get the following: - All benefits from previous roles - One custom render per month 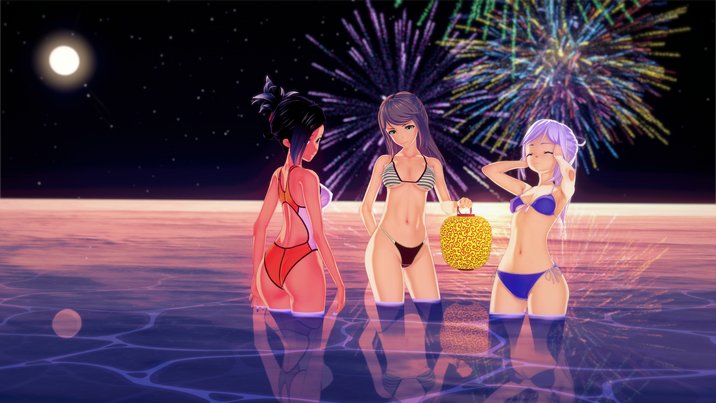 A shadow in the sandstorm

Here is a small teaser regarding the next release of Dreamland Wanderer.
Who could that be? Is that an ally or an enemy? Are we dreaming right now?
All these questions should find an answer in Chapter 3 – Part 2!

The title says it all, I'm still alive...
I wasn't expecting my summer to be that harsh regarding my full-time job. But I survive and I'm still able to work on Dreamland Wanderer from time to time which is nice.
I'm not gonna lie, things go slow (for my personal taste at least). Some changes could occur but nothing is sure yet and it won’t be effective before the end of the year anyway so I'm not going to give more detail about that for the time being. Meanwhile, I'm looking for ideas to reduce the waiting time between releases. If you have something in mind or a suggestion, feel free to share it!

So, how is Chapter 3 - Part 2 going?
Well, I'm almost done with the renders of the "Main story" events. I'll still have a big chunk to do with side and girls’ events but it's nice to see things going in the right direction.

I kept it short as I don't have much to say. I hope you enjoyed the attached pic.
Have a nice weekend and see you soon!
Shli.
Chapter3WeeklyStatus
Comments (0) loading...
Like(0)
Dislike(0)

My dear Dreamers,
As promised, here is a Dev Status regarding Dreamland Wanderer.
Let’s start with the main news: GrogGuy accepted to become the official ProofReader of the game! It’s been a while that he’s been around here, supporting and making grammar suggestion on his free time so it seemed natural to ask him to be “the One”. As you can see, he said yes and he’ll now be known as “The Chronicler” (those of you who’ve read “TheKingkillerChronicles”shouldgetthereference,theothersshoulddefinitelygoreadsaidbooks!). Thank you very much again GG, I’m really happy to start working with you.
Now, regarding my progress on Chapter 3 – Part 2: well, even if I repeat myself “Don’t put too much pressure on yourself, it’s just a hobby”, I can’t help but feel a little bit disappointed by how much time I’m able to spend on the renders… I’ll not get into personal details but, my daily job requires me to work countless hours since I return home from vacation and I’m no longer able to “cheat the system” by making use of endless, boring Teams meetings to do a couple of renders now that I’m back at the office (yay…). So, I can only spend time on DW at night. Still, I managed to make another batch of renders the last couple of days but, as of today, I’m not confident about being able to release for supporters before the end of the month. I’m not going to lie; I feel a bit guilty because I’m the one who shared a deadline with you. That being said, I’m not gonna give you up (huehuehue) either and I decided to put the Patreon billing cycle of August in hold. That means, all current supporters won’t have to pay anything at the end of July to keep their role.
Well, no more whining and let’s give a look at the attached pic. That one is an in-game render you’ll get to see in Chapter 3 – Part 2. I won’t spoil anything so I’ll let you take guesses about what’ll happen in that event.
One last word before I get back to my renders: Thank you fellas for still being around here and following Dreamland Wanderer’s journey. It’s been nine months that I’m out there, telling my story to strangers and I’m still getting the same good vibes everytime I work on the game or speak to one of you.
Have a good night.
Shli.
Chapter3WeeklyStatus
Comments (0) loading...
Like(0)
Dislike(0)

I played it no later than this week and I must say that, both the art and NSFW content are top tier.
The gameplay is as easy as it can be and, even being an Alpha, a lot of content is already included.

So, if you want to play something explicit with awesome art, go check NSFW18Games work!
Here are the links:
- https://www.patreon.com/nsfw18games
- https://store.steampowered.com/app/1716170/Zoey_My_Hentai_Sex_Doll/
- https://twitter.com/Nsfw18G

$36 of $500
per month
We made it to the first goal thanks to you! Let's make it to the next level: - Outfits will be implemented in game and they'll be lootable! - I'll open the Monarch tiers patronage. - I'll buy a new chair and I'll sit more correctly (or at least try to).