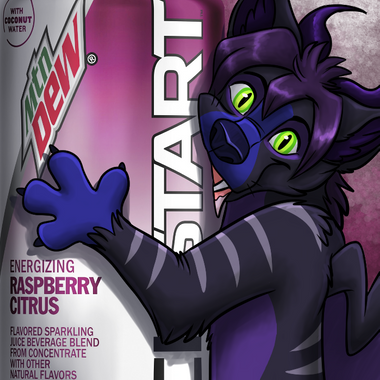 18+
Serathin's Transformation Corner
Hi there, and welcome to my Subscribestar page! My name is Serathin, and if you're here you've seen some of my work and are interested in more! I've been very blessed to create media for the furry community and more so now being able to do it full-time, mostly transformation and rubber themed work but with the thirst to expand. I can't do it alone though, it's the revenue I get from sites like these that not only continue to allow me to create more furry content but to attend conventions and explore new mediums!
Writing
Erotica
GameDevelopment
Books
Subscribe
Send Message

This is the tip jar tier! For those who want to show their support the quartz sabrewolf is for you, not only do you have my thanks but you also will get news on the happenings in the patreon and other aspects of Smilodon Studio!

As an opal sabrewolf you will get to see everything that I've been writing up when it comes to short stories, as well as access to the exclusive patreon story poll where I write up a special story just for you! This tier is perfect for the avid reader who is fond of the transformative and other such things.

The Amethyst Sabrewolf tier gets you access to book-length WIPs, so if you enjoy curling up with a story this is definitely the tier to look at. Those of the purple crystal also get a small discount to my sales tier commissions, twitch benefits, a discord role, and can even be chosen to be a part of a story if I need a character!

For those who wFor those who wish to support the gaming side of things the Emerald Sabrewolf will grant you access to the video games that I create with bi-monthly updates. Not just being able to play the games either, but also see the art assets are they are created and even vote on their creative direction! As a special bonus those in emerald can also sign up to get their characters into video games and such.

Whew, so June is coming to a close and it was a ROUGH month.  Between all the things that had happened over the course of this month and the Iron Pen things have been incredibly exhausting.  I did manage to get most of the Iron Pen finished and there is just one story that is left to clean up.  There is a lot of stories that got done and that includes four books!  That means a lot of editing of course but that will be done in July.  With all the problems that were encountered it meant less time on stuff like game development and such, so I'm hoping for the next month is going to have way more look on pushing Fall of the Behemoth.  June turned out to be a rough month for content creation but we got stuff done.
For July we're starting off with going to Anthrocon!  That's going to take up my first few days in July and also why I'm typing this now instead of at the month as usual.  We're going to be pushing more stuff for Fall of the Behemoth and for Escape from the Factory to catch up for the last few months.  I also have some more books to release, but with the purchase of a fursuit the tide of books out for publication will be staunched quite a bit.  Now more than ever this patreon is key along with commissions in order to keep Smilodon Studio above water and still getting the art for things.  I'm ready to work hard and get some new content going, especially with a few idea for the game dev.
Comments (0) loading...
Like(0)
Dislike(0)

Easter Egg in the Hardware

$42 of $500
per month
Add in an exclusive story poll that will be for subscribestar people to vote on, will be shared with both this site and patreon.