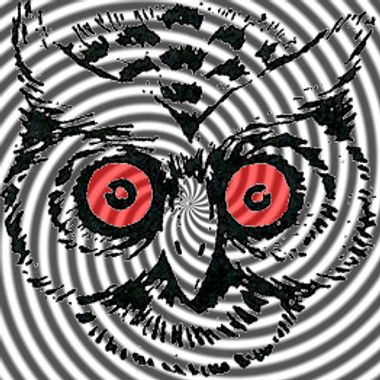 Philo Hunter Erotica
By proceeding, you confirm that you are
at least 18 years of age.
Yes, I choose to proceed
Cancel
Cancel

Feel good supporting my kinky art and access all the stories and pics posted to the feed.

Same as the 1$ tier (for now), but you get to feel better about supporting me.

Same as the previous tiers (for now), but you get to feel even better about supporting me.

You get everything the other tiers get (full access to the feed) but I'll also make you a custom 3D project (that will be posted to along with all other new content)! The idea will need to be simple (could fit in one "page", but if you plan on supporting for longer than one month we can do an ongoing story) and we may have to go back and forth to find an idea I am able to do with the assets I own.

Limited (2 out of 9) subscriptions
Unlock

I've been kind of surprised by how truly evil Champion Girl has looked with these mean and glarin...

The first page of a new scene for the Staff of Xokar! I had hoped to get two scenes worth of stuf...

I spent a lot of time working on the writing for this one, filling in a lot of little holes in her back story I've had in my head but never really put down on digital paper.

Here's the introduction panels for Brickhouse. This is also the first time I've had her breasts t...

I don't often end up with unused renders but when I do I need to start sharing them with you all....

Here's the first of these new one-offs I'm going to be working on that eventually will be collect...

Like the first part of this I had some struggles with the lighting, but I was able to tweak and f...

Philo Hunter Erotica
Public post
I need to keep working on updating the Heroines Perilous World Encyclopedia. Anyone have any requests for characters/concepts they want to see?
HelpMeOut
Comments (0) loading...
Like(0)
Dislike(0)

Top of the Month Update


Good hello, perverts! I'm writing this a little early so people can make a more informed decision on whether they want to keep backing in the coming month.

My output this month was not nearly where I wanted it to be. I have various health issues often have heavily affected the amount and type of smut I create and especially because of that history I like to try and be very transparent with my paying audience on what is going on and what to expect. This last month I had some med changes that really left my brain foggy and were knocking me out most of the day. I'm NOT on that med any more so hopefully May's output will look a lot like March's if not better.

I tried at one point this month seeing if I could render a full comic in one "sitting". Although I got a lot of stuff rendered the experiment was not a success, so I am going to continue cycling through projects doing a little bit at a time with the aim of trying to get something new posted about five times a week.

I'm shelving two of my ongoing projects for the time being: The Breaking of Xanthippe and the Hypnotherapy one. I'm just not creatively in the right place for those and I'd rather use that creative time and energy getting more stuff I'm more excited done. Eventually I'll come back to them, but if you are here for either of those two be aware there won't be anything new for a while.

I'm continuing all the Heroines Perilous World stories I've been working on and might add a couple new stories to the mix. But again, my goal is to be doing smaller but more frequent updates to everything.

Although none of it has made it all the way through the creative pipeline yet you are all going to start seeing some new one-off/not long form stuff. I've had a lot of little ideas I've wanted to toy with without having to commit to a full story, as well as using them as an excuse to use all the newer models I've worked on. But these aren't going to be exactly like the one off stuff I've done in the past. When I go and look at jumble of one-off stuff I used to do I just... want to do better. For those who weren't around when I was doing most of that I was mostly writing them with the visual stuff as a side thing. Those one off pics were not meant to be the "main show". Now that the comics ARE my main show I want them to be better and make a LOT more sense.

So any new one-off stuff is going to look and feel a bit different. I'm going to try stitching together any new one-off stuff with a visual novel game creator. My hope is to have this "game" play out kind of like a visual encyclopedia of heroine smut and very short story snippets. I don't want this to turn into another game I'll never finish, but rather a framing device to fit all these little ideas into so they aren't just random bits.
Update
Comments (0) loading...
Like(0)
Dislike(0)

Here is the continuation of this story! Hoping I'm still hitting the right notes to keep the "hor...

Philo Hunter Erotica
Public post
Archbaroness' hair has been driving me fucking nuts lately. It looks like crap in the iray renders, too thin and whispy and this morning I had finally had enough. But what started out as a journey to simply replace the hair on her gen 2 model turned into "fuck it, I'll just update her whole thing to gen 3". So here are my initial test renders!

Her hair's a lot "bigger" but from all the choices I had this was the one that worked the best (the others were either too long or covered up her forehead). I spent a while fidgeting with her body and got the shape pretty close to her old one. Her breasts ended up a bit bigger, but she needed the size upgrade. There's been general breast size creep over the years for my characters and she was starting to look pretty poorly endowed in comparison.

I was worried she looked a little less MILF-ee so I used a new asset I got recently to adjust her skin and add some faint veins and stretch marks to her breasts. I very much like the stretch marks but maybe the veins are too subtle?

Biggest change is I have dropped the purple tights, but I'm not 100% sure it was the right move. I THINK I can rig it so I can pull the bottom to the side and have models fuck her with the costume on, which was something I couldn't do with the tights. But I'm a little worried the costume is a bit to generic now. The top is a real improvement, though. Looks WAY more realistic and I can totes have models fuck her tits without even needing to take it off now.

What do you all think? Any areas you think need some changes? How about her face? What about the tights/leggings?
ArchbaronessHelpMeOut
Comments (7) loading...
Like(0)
Dislike(0)

And here's the second half of the scene!

Sorry it's taken so long to get this posted, and there's six more pages in this scene I have laid...

Working on layout for the first part of the comic and toying around with the cover. Any opinions ...

I managed to get about half the comic rendered but I'm starting to feel burnt out. I'm gonna take...

I've been pulling renders for the next Pink Obsession comics. Normally I try to limit myself to n...

Taking a quick detour before moving on to the next procedure!

Still having a lot of fun with how dark this series is. Anyone have a specific heroine they want ...

Here's a new Xan update! I'm thinking this might be the last one that uses the YouTube sections, ...

Kind of a silly ending, but I'm pretty sure it's gonna hit some of you perverts right in the hot ...

I struggled trying to decide what to do with the title of this. My impulse was to change "Patriot...

You may have noticed I haven't used Brickhouse at all recently. I had done a complete redesign, b...

Thanks to backer Pete for his continued high level backing! Because of his backing you all get to...


Good hello all! It’s the top of the month and I wanted to throw up a little bit about my plans for the month.

First off, I am continuing all of my ongoing projects, which include:
- The Golden Staff of Xokar
- Pink Obsession Undefeatable and Insatiable
- Super-Cows in Bondage! The Training of Patriot Girl
- The Breaking of Xanthippe Ferrera
- Attack of the Undermen!
- Hypnotherapy Can Change Your Life!
- T.A.R.G.E.T. Breast Growth Experiments

Health-wise I am pretty much back to normal and have a pretty good work flow going on, which hopefully means I’ll be cycling through projects a lot faster. There is a small chance I might try and start work on one written project, but if I do it won’t be something that takes up a ton of my time and if something does get done you all will get a version of it for free in some way.
Update
Comments (0) loading...
Like(0)
Dislike(0)

Here's a new ongoing series being done for a higher end backer who wishes to remain anonymous. I'...

$59 of $150
per month
Once I get to this amount I'll start putting at least %25 of the monthly income towards new visual assets and tools. 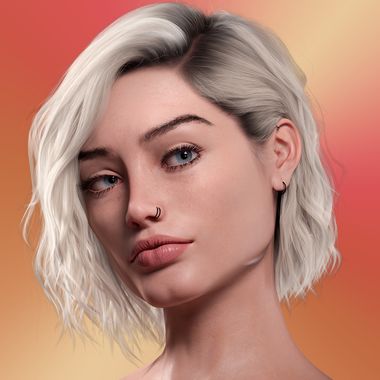