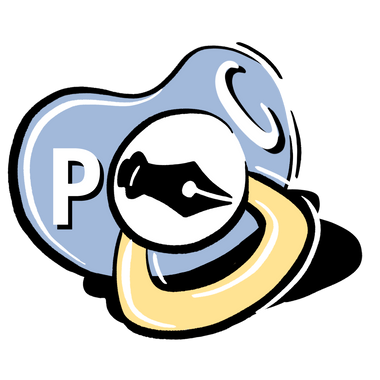 Don't want the exclusive stories, or just want to chip in a few bucks my way every month? This role gives you early access to stories every month!

Symbiotic Submission - Part TwoMy face burned with humiliation, so intense that I could feel the ...

Escape From Baby Island - Finale Voting! One Last Round of Voting, but this time it's different -...

“So,” Quinn ribbed Sandra, smirking all the while they walked, shuffling down the narrow switchback trail down the mountain towards the way they’d come in. “Care to share with the group how you’re feeling?”

Sandra groaned, shifting in the intricate shibari restraints wrapped around her. “I’m sure the curse of this artifact is random, I have no idea why it’s ropes. Just like all the other curses–unless you want to tell me that you secretly always wanted frilly pink armor.”

“My frilly pink armor doesn’t make my voice flutter,” Quinn grinned. “You, on the other hand–”

Hadrian held up a hand. “Hold it. Something’s wrong here. Do you see that house, up ahead?”

“It’s a building that people live inside, but that’s not important right now,” Hadrian explained. “I think there’s an ambush waiting for us there.”

“Well then, we’ll just need to find another way around.” Sandra looked up the switchback trail, then down. They’d come this way to avoid the hag, hoping to avoid a repeat of the trouble they’d faced on their way in, especially now that Sandra was too restrained to be any good in a fight.

“Here,” she said, peering down. “The path goes past the house and further down. We can skip it, if we just climb a little ways.”

Tarja pursed her lips. “How do you plan on climbing? I could manage it for a little while, but–”

The hag was back, and pursuing them sharply down the trail. They’d be intercepted in moments, couldn’t run forward on account of the ambush, and had little time to act.

Quinn nodded, stepping up to lift their fearless leader. With her under one arm, and with no time to come up with a more sensible plan, he turned to slide down the hill.

His foot slipped, and he tumbled forward.

Sandra flew from his grasp and screamed, thrown down the steep hill without so much as a hand to grab for relief, with Quinn tumbling after. Though he reached for a grip, he found none, tumbling right down a crevice that went hundreds of feet down, all the way to the base of the valley far below.

Tarja and Hadrian stared. A moment later, Sandra’s screams stopped, interrupted by a wet thump. They couldn’t even see where Quinn’s body fell.

Hadrian, equally puzzled, looked back. “The hag’s still approaching! We have to try the house, maybe it’s safe!”

Together, the two surviving party members ran, sprinting towards the cabin at the next bend of the switchback trail. Neither looked back, for fear of what might be coming up behind them.

Tarja reached the door first, opened it, and let Hadrian inside. She followed a step behind him.

“Shut the door!” someone yelled. A figure ran up, slamming the door shut.

Hadrian took them in, eyes widening. “Who are you?”

Before him stood two people–an elf and a half orc. The latter was clad in a pink set of footed pajamas that glowed with the aura of magical armor, and Hadrian could have sworn he saw a diaper peeking out from beneath the elf’s leather pants.

“I’m…um…Sandy…” the elf said, extending her hand. “I’m on a vendetta to stop the Wizard of Paraphilia, after he cursed me, but I got stuck in this plane. This is my companion…er…”

“Quill,” the half-orc suggested. “And, uh, same. I sure have a long history of reasons to hate that wizard.”

“Well, we need to figure out what to do next,” Hadrian said. “Sandy, you seem like a natural leader. Why don’t you take the head of our party as leader?”

“Sure, but there’s just one thing you’re forgetting,” Sandy said.

Hey y'all, just wanted to let you know what's going on - My next update for Escape From Baby Isla...

$28 of $750
per month
Part Time Job! This goal means that my subscribestar income is a large contribution to my monthly earnings, and I'll be able to spend even more time writing!