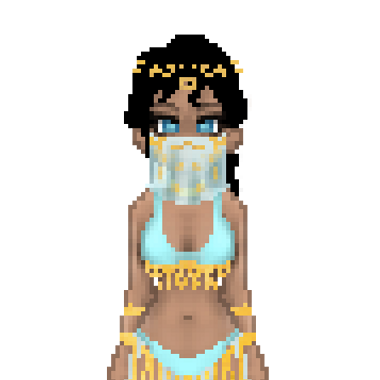 18+
Nine Years A Cariye
I am creating a game.
Subscribe
Send Message

Thanks for supporting. Let me know if you need anything. My discord link: https://discord.gg/zg4BrBXuJz I will be streaming my works there. Feel free to hang around.

No different from tier 1, but you pay 5 dollar. Thanks for your support.

No different from tier 1 and tier 2, but you pay 8 dollars. Thanks for your support.

No different from other tiers. I'm really grateful for your support. For real, thanks.

Nine Years A Cariye
Public post
I am going to make some changes to the way I operate my Subscribestar account and the way I interact with people.
Firstly I am going to scrap the tier reward system. The differently priced tiers will still be there and I will always appreciate it if someone is willing to put up with higher bills, but I won’t be tying it up with extra privileges and other incentives going forward. All tiers regardless of how much you pay will have equal privileges and will be able to access to all of the contents. I don’t know how to hide spoilers with Subscriberstar however, so prepare to be spoiled.
If you have some ideas or things you want like some plot line went through, certain cloth and armor design, etc you can bring those suggestions to me, then it will be up to me to make the decision.
Secondly, I am opening a discord channel.
https://discord.gg/zg4BrBXuJz
I will be streaming my works there. My most active period is around 1.00pm-4.00pm or 8.00pm-4.00am, eastern time. Feel free to hang around.
—————————
I am going to make a “no-build” this week. There’s no game in it, rather a place to showcase things I have at hand. You can walk around, see the assets that I built, read my thoughts and commendations, and pull various triggers to see the inner game mechanism’s workings. Hopefully, I can attract more attention that way. I need five willing subscribers to make monthly payments through or I’ll get nothing at all. Subscribestar’s policy. To prevent fraud or something.
You can rip the stuff I’ve built for your own project as long as it is made by me. Reach out to me if you want the psd files. I downloaded scripts from various creators from various places, although all of them are free, you should still go and check their official sites for the details.
Comments (0) loading...
Like(0)
Dislike(0)

Nine Years A Cariye
Public post
For the better parts of the previous month, I’ve been drawing sprites for the basic run cycle and armors. Here is what I accomplished last month.
Animation is still a pretty fresh thing for me. I am basically learning things as it goes so there’s a lot of trial and error going on. I have to spend hours erasing, redoing, and readjusting to achieve the visual that I’m looking for. the whole process is mind-numbing.
And armors are not been the easiest to work with. I have to set up dozens of additional layers and a couple of different unusual procedures just to deal with the metallic and scaliness nature. There are many separate pieces to take into consideration, each layered on top of the other, each piece had to have its own outline and be colored in two separate layers, they all need to be animated separately.
Each walk cycle contains 6 frames, 2 idle, 4 directions, walk and run, so that is 64 different frames more or less that need to be drawn and colored. And I have to repeat the process again for womans’.

In the future, I too will convey various dances, sex positions, and other miscellaneous movements with animated sprites. So drawing sprites and animation is an unavoidable process no matter how time-consuming it is.
The upside is that I can tell my understanding of animation had been improved a lot. With more experience and better workflow, I sincerely hope that I can achieve what little I’ve done quicker and easier in the future.
Comments (0) loading...
Like(0)
Dislike(0)

Nine Years A Cariye
Public post
In the two weeks since the last update I've been trying to create a few systems in MV that doesn't hinge on sprites, things that are fundamental enough that the game wouldn't function without them (even with sprites). It might be somewhat beneficial to test out the system's limit now rather than later, less of the chance of being blindsided by technical difficulties down the road, and see what can or cannot be done and plan my approach accordingly.
Here is what I've experimented with so far:
- Time -
The rpg maker doesn’t handle the passage of time on its own. You either download plugins or do it yourself. The creation of the time system is a fairly straightforward one and without too many incidences, just what I wanted from the get-go. With this system, I can handle time progression of 24 hours in conjunction with months/years. I can now create events that will trigger themselves in a precisely defined hour/month/year, and with this system in place, each event is an isolated incident, I can just plug in new random events in the middle of the calendar whenever without much revision or worrying that it might mess up with other pass or feature events.
Unlike Stardew or Minecraft, the duration of each hour isn't hard limited to a clock/counter, the time will only move on when you do a certain thing or when a condition is met. That means you can prolong the time if you want, or just brisk it by. Magical camp and the like are processing time in the same manner now come to think of it. But most other games that follow this kind of time progression have everything hard-tied to a linear story progression. Their downside is that it could be considerably harder to expand or rewrite an established scene without things getting too messy. And with the limitation the player is more likely to be forced down to a predefined path, limiting their choice down to an option between x or y. But with my system, you can do x and do y later, or reject y, or do neither, and have vastly different outcomes for each option. So my approach has a bit more flexibility in this regard.


- Menstrual -
The process of creating a menstruation cycle and pregnancy is a much more head-scratching one and with a lot more trial and error and constant readjustments. Partially because I can’t get what some function was meant to do without spending a bit of time to rule out what it isn’t first.
Many parts of the equation have a bit of randomness built in, from the length and fertility rate of each menstrual phase, how long will bleeding last, the length which semen can survive in the body, the length of a pregnancy…
A lot of other planning and technical stuff has to be considered beforehand as well, like taking into account Protag's gender before and after tg event, Setting up ways to stop the menstrual cycle during pregnancy, then kicking it in again once pregnancy was terminated… boot up milk production after labor… For now, I just want to know what can or cannot be done, and the better way to handle it.
The experience I wish to create is one where the player must learn to track their own fertility rate and menstrual cycle by themself, by calculating the date since their last period, closely observing their mood swings, little changes in the body, and other signs; and even still, a little bit of randomness that may occur now and then can still throw everything off.
With the lack of contraceptive options, players must then take a greater risk during their most fertile days, lie, or use their cunning and knowledge to do whatever else they can to not end up on the Sultan's bed. Even if that means accepting some unfavorable terms and the other form of coercion.
With that done, I will be moving back to create art assets. Thanks for reading.
Comments (0) loading...
Like(1)
Dislike(0)

Nine Years A Cariye
Public post
There's still nothing to show for now, but still, it would be kind of rude of me to just remain silent like that. So I am going to tell you what minute stuff I've done these past weeks.
My current focus is to create the desert city for the prologue, in which the main protagonist will be staying for a considerable amount of time. I want this part to be worthy of exploration on its own, give the protagonist some chance to wander around the street and talk to the locals, get a feel about the kingdom's culture before moving on, not just a quick cutscene railroad into the main story.
Progress of the past month or so:
- I drew a horse. Now need to work on different armor sets for two different armies, sprites for running and walking in four directions and other stuff.
- I drew more environmental assets to be used to enrich the outdoor desert city. Balcony, rugs, pots, street foods... I'll keep adding more as time passes. Here is one of my reference images.

- A city is nothing without its people, I drew some clothes for inconsequential NPCs who are going to occupy the city. Not all of the new clothes are presented in the picture. I still need more tweaking, need more color, styles, and diversity to encompass all social classes.
- I tried to create a unique font set with no success yet. I want to create an Arabic looking  font, something like this
but English.