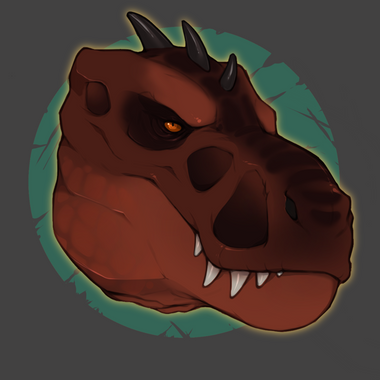 18+
Neopuc's Fables
I am Neopuc and the plan is to use this place for macrofurry themed stories, often of an adult nature. There will be monthly polls held to help decide the content of what I create.
Macro
Micro
Furry
Stories
Story
Adult
Subscribe
Send Message


First post, so I suppose I'll use this to say what I have planned to do with this space.

With your support I plan on making writing more of a regular thing from now on.  If your supporting me there is a good chance you know I write primarily macrofurry fiction.  There is a chance that I could expand into more humanoid stuff too if someone REALLY wants it enough, which I do doubt.  Most of my stories will probably be of a more adult nature, so please only subscribe if you of legal age.

Currently, I don't have a Discord server, but if there enough of a demand for it I will consider it.

When it comes to the polls I plan to hold sometimes I will give you an idea of what I the story is about before asking for nominations and sometimes I'll keep things a secret.  Once again, if my subscribers would like for things to be one way or the other please let me know.

And no, I don't expect anyone to jump at the more expensive tiers, but the option is there just in case someone does want any of them.

I currently have charging set to the first of the month, which is when I plan to conduct the polls.

I'll be the one picking gender and height options for polls.

As for species options, there will always be at least for with up to seven depending on if anyone has grabbed the slots  in the subscription tiers.

That mostly applies to one character stories, though.  If there are two or more characters things are a little different.  $25 subscribers will only be able to put forth a nomination for the first character.  Only $50+ subscribers will be able nominate species for more characters.  Also, I will not make nominations for additional characters.  So, if there is only one $50+ subscriber that person will be selecting the additional character(s).  If there is more than one then there will be a poll that people can vote on.

I'll try to let everyone know what I have planned a week before the first day of the next month so they can decide if the subscription is worth it.  So, unless people decide I should not, the story idea will be posted then.  I will be asking for species ideas during that week and if people don't give me and idea by the first or unsubscribe before the first then the idea simply won't be added to the poll.

This tier will let you vote on the gender of the big character(s) in the story. In addition, you will gain early access to stories I post.

This tier will let you vote on the height of the big character(s) in the story. Previous tier rewards are also included.

This tier will let you vote on the species of the big character(s) in the story. Previous tier rewards are also included.

People that pick this tier can nominate species for the big character one poll per month. You only get one nomination, so if there is more than one big party you CANNOT enter more nominations. Flat faced apes/monkeys, insects, and humans/humanoids are not eligible picks for this tier. Previous tier rewards are also included. Note:There will always be at least 4 picks for the species, but if there aren't enough subscribers I will just pick them myself.

Limited (0 out of 2) subscriptions
Unlock
$50
per month

With this tier people can nominate insects and apes. If there are multiple big characters they can also enter an additional nomination. And, if by some miracle I reach the goal to add a second story, they will be able to enter a nomination for that as well. Previous tier rewards are also included. Note:There will always be at least 4 picks for the species, but if there aren't enough subscribers I will just pick them myself.

Limited (0 out of 2) subscriptions
Unlock
$75
per month

With this tier people can nominate humanoid species (humans, elves, orcs, etc...). Like with the previous tier, people can enter more nominations if there are more big characters or more stories. Previous tier rewards are also included. Note:There will always be at least 4 picks for the species, but if there aren't enough subscribers I will just pick them myself.

The person that nabs this tier can change the species of the micro in the story for the month. If no one selects this tier the little people in the story will most likely be humans. Previous tier rewards are also included. Note:There will always be at least 4 picks for the species, but if there aren't enough subscribers I will just pick them myself.

Limited (0 out of 1) subscription
Unlock

Only around 5 hours left in the polls and everything is still very close. One or two votes could ...

This first day of voting is over and one more remains. Don't have that many votes so far, so ever...

Here is the height poll for the July 2022 story and a refresher for the story idea: A furry is se...

Here is the gender poll for the July 2022 story and a refresher for the story idea: A furry is se...

Here is the species poll for the July 2022 story and a refresher for the story idea: A furry is s...

Here is the story idea for the July 2022 story: A furry is selected as a sacrifice to appease a god, or at least they thought it was to be a sacrifice. The god actually wanted someone to be selected as the ruler of another world. So, when this very much unwilling sacrifice is sent to this new world, they find themselves huge and invulnerable. The power then goes to their head and they are eager to abuse it.

$56 of $1,000
per month
When this goal is reached, I will increase the number of stories written per month to two per month.