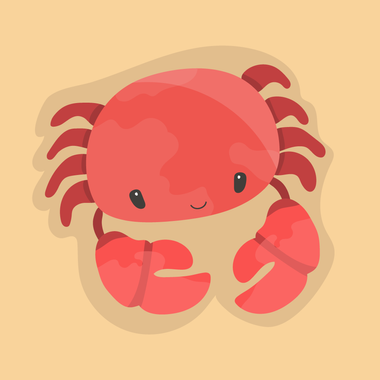 
Hey guys! This week I worked hard and got story scene 5 working in the game engine.

I also got some really excellent feedback and advice on the progress so far from Falloutbabe, The Lost Engineer, lovely Victoria, Behbeh, Captain Chicken Strip and Khal. Thanks guys 🥰

This phase of production always feels a little weird to me. The ideas were locked in several weeks ago; turning ideas into a game takes so much work.  😩  It’s easy to lose perspective and start to doubt that what you’re working on is good enough.

So I was relieved to get this feedback from Khal tonight, while I was working on this report:

[...] that said holy shit I can't wait to see this fully fleshed out.


Early access is still a few weeks away. Story scene 6 is the most complex scene in the whole episode; sex scenes 2 and 3 are still just notes on a storyboard. But I’m working my ass off, and I’m so excited about getting this out to the community.

Tomorrow I’ll start building story scene 6 in the engine.  I hope you have an awesome few days – I’ll report back on progress next week.  See you then! 🦀


Hey guys!  This week I got story scene 4 working in the game engine.


As reported last week, I felt nervous about tackling this scene: it's unlike anything I've ever written before (or even experienced, really).

It was really hard.  But I got lots of help from contributors (especially Behbeh), and I'm excited about how it's working!

Tomorrow I'm going to continue converting the storyboard into game files with scene 5.  Parts of the first drafts need editing; I normally do this, but I'll carve out some admin time to see if any contributors are able to help.  (Thanks Captain Chicken Strip a.k.a. The Unpaid Intern for volunteering already.)

Okay, that's it for this week.  Scene 5 is straightforward in the plan, so I expect to have it working in the engine before next week's progress report.  Have a great Sunday night guys I'm so excited about getting this episode out 🥰


Hi guys! I had another good week writing and coding. The next episode has 7 story scenes and 3 sex scenes planned:

It's gonna be a big one!

This week, I got story scene 3 and sex scene 1 working in the game engine. Sex scene 1 was just four lines of rough ideas in the storyboard: I ended up writing something that came out kinkier and hotter than I expected.

Next week, I’m going to start on story scene 4 and do as much on it as I can. I’m nervous about it because I know it’s going to be challenging to write, but I’m also looking forward to it because I think it’s going to be quite cool and surprising.  If I get it right.  🤞🏻😬🤞🏻  I promise to do my best.

Okay, that’s it! Short report because it’s hard to talk about writing without dropping spoilers. Have an awesome weekend, everyone, and I’ll report on progress next week.


Hey guys! This week I've been creating passages in the game engine.

What does that even mean
Here's how it works.  Each episode has a storyboard that I use as a guide.  Storyboard screens look like this:
Storyboards are just Google Slides.  To make them actually happen in the game, I need to write them into the game code.  The code for the above screen looks like this:

Which displays the following "passage" in the game:

That's just a simple example, of course, passages are often much more complex.  But basically, this is the stage where I'm taking the ideas from the storyboard and making them happen in the game.


Looks like it should take about five minutes
I know, right!  But it's not as simple as just copying and pasting the storyboards into the source code.  The storyboards are just a guide; when I'm actually building the game I often need to add to, reörder, change or cut scenes.

This is especially true for sexy scenes.  Often, what makes them hot is a little sensual or emotional detail, and the storyboard isn't the place to write those.  So they can take time in this stage.

This week, for instance, I was working on a section that's quite short and perfunctory in the storyboard.  I realised that we could do a little more with it, and the section now introduces some new NPCs and sets up a future optional side quest.


How it's going
Greta!  I'm so excited about the content in the next episode.

I ran into some problems with a challenging dialogue scene.  But I was able to get feedback on it from Victoria and Behbeh, who helped me work out how to fix it.

I can't wait to get this episode out, I've got a good feeling about it.  I'll continue next week and report on progress.


Hey guys! This week I started building the new episode in the game engine. It’s really exciting to see it starting to come to life!

The opening scene resolves the cliffhanger ending from the last episode, and is an important plot development.

I find this kind of scene challenging to write, because it’s all about emotion and dialogue (and, as everybody knows, I’m more comfortable writing about food and transport).

Storyboard feedback from team and the community members has been positive, and they suggested some really excellent improvements already.  I think 1.16 is going to be a good one.


This week elmagio slid into my DMs and asked:

I remember that back in the day, the plan was that once the Agent got to Bangkok, the game would open up and become almost an open world sandbox with a variety of locations and events/activities to partake in at those locations as the player sees fit. I'm curious to know if that's still the plan?

The issue is that this will get horribly complex if there isn’t a stable “base state” for the heroine to return to after each mini-quest.

It’s kind of like Mass Effect: Shepard gets access to the galaxy map once s/he’s a Spectre with a mission and command of the SSV Normandy. The player can hit the galaxy missions in any order; they’re returned to this base state (Spectre, mission, Normandy) after each one.

In Female Agent, the base state will be achieved when the heroine is working as a bargirl. Then we’ll be able to add a variety of sex, spy and NPC quests.

Like Mass Effect, these will be a mix of quickie side quests, and big set-piece missions that advance the story. Some of the quests I’ve got outlines for include:

Some people have raised concerns that there’s nothing interesting left to do once the heroine starts working undercover as a hooker. I totally disagree, I can’t wait to get to that point, there's so much we can do with it.

But first...we need to get the heroine there. I’m going to get back to work on the present episode, and I’ll report on progress next week.  Have an awesome weekend, guys, I love you all! 🥰


Sorry I’ve been a bit quiet this week, I’ve been working my ass off trying to complete this episode’s storyboard.

It was quite demanding (sorry to everyone who’s waiting for replies from me, I've been frazzled 😩 ), and some parts are still very rough, but

Plotting vs Pantsing
Some writers argue about whether it’s better to be a plotter (planning the story first) or a pantser (just jumping in and writing it). Personally, I think you need a mix of both approaches to be productive.

I really wanted the last episode to come out fast so I rushed the plotting stage – I made a quick plan in my head, and jumped in my Pantser tank just as fast as I could. But it didn’t work out: by week 7, my Pantser tank was stuck in the mud, and I had to do a rewrite. Trying to speed things up had actually slowed things down. 😔


Lesson learned
This episode, I spent more time planning. Storyboarding is time consuming but having a completed storyboard helps in these ways:

Most importantly it reduces the risk that a rewrite will be needed, because I’ve spent time thinking through the scenes and making sure there’s enough hotness to make it a good player experience.

I’ve got a good feeling about this episode – I realised that I’m eager to play it (two scenes in particular 😈 ), which must be a good sign.


Next steps
I’m now ready to start work on creating the first scene of the new episode in the game engine. I’ll start this on Monday.

Having the storyboard ready early gives us a chance to make better use of the contributors; I’m going to ask them for targeted ideas and feedback, which will hopefully make the next episode better than usual. 🤞🏻

Okay, that’s it for this week! Have a lovely weekend, guys, and I’ll see you on Discord or back here next week.