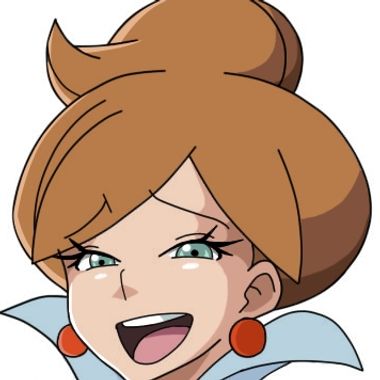 Eldritch Prince Writing and Games
By proceeding, you confirm that you are
at least 18 years of age.
Yes, I choose to proceed
Cancel
Cancel

18+
Eldritch Prince Writing and Games
I'm here to write stories and make fan games, eventually my own games. Stories will be divided between comic script ideas, prose, and stuff related to the fan games. I've worked with Opium Black before, line editing, but I will not go as far as they do.
Vore
Transformation
Pregnancy
Genie
Game
Subscribe
Send Message

Eldritch Prince Writing and Games
Public post
Okay, so vore fangames are the focus of this. I'm tying it into something else so I can cut loose with that, but the focus here is vore fangames. There are three I want to do, but I'm only describing one here.

First, is that Milia Wars inspired one. You will be playing as Jessie from Pokemon as a Seviper Naga, hypnotizing and devouring various pokeladies, ranging from gym leaders, the mothers, the female protags, and other notable females. I have a visual example of both the goal and Jessie plus the first two victims.

My gameplay loop idea is simple; you explore a beach, hypnotize ladies up to a maximum, ingest them, digest them (freeing room for more hypno'd ladies) until you have gotten them all or are bored. It would be a simple game. I'm thinking Misty and May for the tutorial, since they are very popular, and would be great 'introductions' to the gameplay loop.

I am also looking at a 'bonus gallery' that lets you loop specific victims, but you have to consume them in-game first before you can use the gallery.

Eldritch Prince Writing and Games
Public post
Goals of this.

Okay, I opened this yesterday, and would like to explain my intent here. First, I want to mix original content and fan games. The latter will be the specialty of this, and I want to make people happy with them, even though they are going to be my ideas.

The original content will be stories, starting with a monster girl thing I hope people enjoy. The first game will be a vore game (most of these will be) that will be inspired by Milia/Echidna Wars Lamia, only you play as one, of sorts. It will make more sense once I share the first few pictures of the cast, but it will be set on a beach.

I want you people to understand that writing will be monthly, but game development is an unknown amount of work. I hope people are happy with what I make, and please tell me how the games can be better in terms of playability as I make them.
See something you like? Subscribe to see even more!
Subscribe Now
The subscription gives you:

$5 of $120
per month
I will start the first fan game and try to have a demo within a few months.

leave2gether
Hi. We are the 'leave2gether team' and this is our backup platform. We are making “Panthea – leave2gether” game and pretty close to finish act1 of the game.
This website uses cookies to improve your experience while you navigate through this website. Continue to use this website as normal if you agree to the use of cookies. View our Privacy Policy for the details. By choosing "I Accept", you consent to our use of cookies.