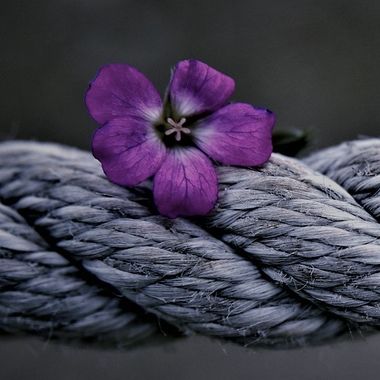 For every full story I write I will put a teaser trailer here. That way you can get a sample of my work before you decide to pay.

Join this tier to get all my stories 3 days before the support tier.

Join to get full access to all my published content, and inclusive content published for only this level. If you are subscribed to this tier I will also gladly accept input for what should happen to your favorite whore next.

Tabitha wove deftly through the streets on her new bike. The silver pedals flashed brightly in the summer sun, and the wind pulled her long dark curls in a stream behind her. Angry shouts sometimes rose in her wake, often when she got too close to someone walking on the sidewalk. Tabitha ignored them. She hadn't hit anyone after all. More intense shouting seemed to raise suddenly from all directions. She glanced around, trying to find the cause. People in the streets were stopped, looking up and pointing. Some of them started screaming and began to run for cover. Without pausing to confirm what they were looking at, Tabitha turned her bike hard and headed for the nearest ally. She knew from personal experience that the only thing that could cause mass hysteria from above was the alien spaceship that had visited earth precisely one year ago. Fear crawled up her back, and she pedaled harder. She was almost to the alley when she felt a strange force wrap around her and lift her into the air. For a moment, she clung to her bike, and it dangled beneath her as she rose swiftly from the ground. When she dropped it, it fell nearly fifteen feet before crashing to the ground. Tabitha twisted, and when she finally got a look at what she was being pulled into, she gave in to her terror and began screaming.

The spaceship looked to be made from deep black obsidian in the shape of a sharp triangle. The nose ended in a long deadly looking point, and the tail end seemed to glow with an unnatural green light. The ship was still several hundred feet above her, and Tabitha struggled vainly with the force pulling her, preferring the fall to whatever waited for her in the ship. A hatch in the bottom slid open, and five women were lowered out. Tabitha forced herself to stop her useless screaming and fighting and watched as the other women came closer. Physically they seemed fine, but their faces were scarily blank. None of them seemed to care that they were being lowered hundreds of feet through the air leaving an alien spaceship. As they began to pass her, Tabitha called out desperately, "What did they do to you? What are they going to do to me?" Her cries made no impression on the women. They stared straight ahead as if she did not exist. She reached out when one came close enough and managed to grab the woman's arm. She clung to it as the separate forces drew them apart, and for a moment, they stopped as the pressure tried to pull them apart. The woman she clung to seemed no more than a mannequin with her arm stretched high above her head but still facing forward with a blank face. The force pulling her increased in strength, and Tabitha felt her grip slipping. She screamed wildly and held on tightly. Her feet had risen above her head until she was face down towards the earth. She felt as if she was hanging from a cliff, the dead-faced woman she clung to, her only hope for survival. She watched in horror as, one by one, her fingers slipped from the woman's arm until, with one final tug, the force wrenched her free and rocketed her towards the awaiting ship.

Hanging limply, too terrified to turn and watch her approach the ship, Tabitha watched as the other women sank. She gasped when she realized she wasn't the only one rising into the air. Four others, all women, were raising as well. Some still struggled hopelessly against the invisible force, while others also appeared to have given up. Strangely Tabitha realized the aliens had a type. The blank face women and the ones raising all had similar body types. They all were curvy with big breasts and larger butts. Her mind, desperate to distract itself, noticed other similarities as well. They all seemed to be around the same age, and all had darker skin. Hair didn't seem to matter. Tabitha's hair was long and curly, while the girl directly below her had a short bob. The similarities still seemed to outnumber the differences, and she found it even more creepy than if the aliens had picked women at random. What could they possibly want with them? Darkness seemed to close in suddenly around her, and Tabitha let the tears fall freely as everything she had ever known disappeared from view.

She floated backward for a few more feet and flinched when she bumped to a stop against a cold, slick wall. Restraints seemed to grow from the walls, thick coils of inky black webs that wrapped themselves around her torso and legs. Exhausted from her fear and earlier fight, she could only muster a small struggle against the restraints. After a few moments, she gave up and sagged in her bonds. The chamber she was in was empty and seemed to be made from the same black obsidian as the outside of the ship. Screaming announced the next girl a few moments before she floated into the room. The sound seemed to reverberate off the walls, and Tabitha struggled to keep down her own mindless panic. The woman didn't stop screaming until a piece of the webbing forced its way between her teeth. The webbing expanded in size, forcing her mouth wide and turning the screams into muffled grunts. Tabitha shuddered in horror and was relieved she had refrained from screaming. The other women floated in one at a time, a few minutes apart. The following two were rewarded with gags as well, but the last girl floated in limp and silent. Tabitha assumed she had passed out from terror. The light faded as the hatch slid closed, and she felt the ship start to accelerate. She couldn't help but whimper in terror as she hung there in complete blackness and listened to the quiet moaning of the other women.
EroticaTentaclesTabooAliensAbuductionSubmissive
Comments (0) loading...
Like(1)
Dislike(0)

Amber Gets Taken In Pt 3 (Final)

Amber Gets Taken In Pt 2

$222
to reach
the Goal
I will make Ambers story into a 15000-30000 word novel. Published though smashwords it will be available for free to anyone who donates to this goal.