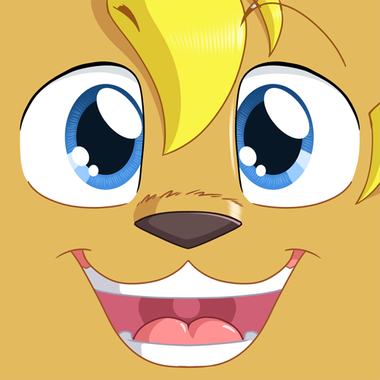 Caroo
Disclaimer: The Bindmancer is at early stages of development so the length of the Patron demo is about as long as the public demo right now with more features and refinement.

Please support this SubscribeStar Page if you want to see The Bindmancer expand and grow over time, rather then wanting a full game right now.

All other content like Ticklish Tessa, Who's a good girl?, and the Animation Sets are complete products

Note: These games are made for Windows PC

This SubscribeStar Page allows me to make this content for you full-time!

Your support at the 2nd tier ($10 USD) or higher gives you access to all playable builds, demos, and art of the video games I make! Including completed games. It also gives you access to an exclusive Discord Server where I update my content and dev progress more often.

The current and second Project on SubscribeStar is a much bigger game featuring multiple characters and an engaging gameplay experience! It's called The Bindmancer!


Give the free demo a try and consider supporting its ongoing development and getting new builds with more content by supporting the SubscribeStar Page at $10 or more.

New playable builds of the game are delivered to my Patrons at least once a month!


WHAT COMPLETE GAMES CAN YOU PLAY RIGHT NOW?

In Ticklish Tessa you can:

In this game your goal is to help out Tessa: A stressed-out corporate mouse with many responsibilities.

For Tessa's circumstance that help involves some playful tickling!

The 2nd complete micro-game is called: Who's a Good Girl?


In this micro-game you play as the town mayor who compliments your ever reliable and lovely Town Assistant. An action that leads to more and more escalating events.

Every once in a while I also create animation sets! These sets are usually focused around the kink themes of bondage, teasing, and tickling and each has a story to tell!

These set are made in Unity and can be viewed in either interactive galleries' at 60 FPS or viewed at 30 FPS via video files.

Here's the animation sets currently available by subscribing at $10 USD or more to the SubscribeStar:

I've been a part of the Anthro / Furry art community since 2005. Making art as a hobby for the most part.

From a game production standpoint I’ve been active in the commercial games industry since 2006. I've worked on console games through to mobile phone games.

Having developed my game making skills at professional studios, I aim to take those skills and use them to create games that are fun and unique. Working with themes that a small team can do well whereas large teams cannot justify as viable.

This is the tipping tier. You get my thanks for your support. You're awesome!

This tier does NOT give access to Video Games and Animations.

Give Caroo THE POWER!!!
1 subscriber The Power Crew
Unlock

Content DirectoryGreetings! :DThis page (Pinned to the top of the posts feed) is where you can fi...


Shoutout: The finalized cutscene art is being made by the ever talented ALTART.

Its been a few months since I made a public post to showcase what's been going on, so let's do just that!
Work over the past month and a half has been focused on The Bindmancer and its all steam ahead on continuing to develop the game to be fun, interesting, and quite kinky.

So what got developed in May?


I've created the temp sketch art needed to craft an animatic of the intro cutscene. It showcases the context and tone for the game and the adventure to come!

More goes on in it then shown here but a lot of the imagery isn't appropriate for a public post.
And from that sketch art we're now on the way to creating a combination of final art and audio to make a game that wants to engage you with its world.
More to come during June on this front!

A tiny addition but one that's been needed. I also got a content disclaimer that comes up the first time you boot up the game.

Time was taken in may to also work on a number of important game tweaks and bug fixes that alone isn't note worthy but all together improves the gameplay experience!

Such as; Lore entries are now much more responsive to interact with:
And in-game dialogue is a lot more dynamic. Enemies now taunt the Bindmancer!
There's tons more to explore in the newest build of the game for those who subscribe at the 2nd tier or higher. :D

What's coming up next in June:


Here's some of the key things I'm working on during June!


1: A New Prisoner Predicament: A new fun and interesting prisoner bondage and predicament that I think fans of this game will love!
2: Dungeon Floor Completion Screen: A screen that showcases what you accomplished when escaping and exiting that dungeon floor.
3: Continued improvements to gameplay.
4: More work on the intro cutscene.

I hope you've enjoyed this public post and consider supporting me and development of The Bindmancer!
- Caroo

$473 of $7,000
per month
Total Development Stability = Hitting this lofty goal means full-time development on games can continue indefinitely. Allowing for polished, fun games to be produced with time and care!
$473 of $12,000
per month
Thriving Development! = You’re all amazing! At this level I’ll be able to actively contract skilled artists and programmers to increase the quality and scope of games made.