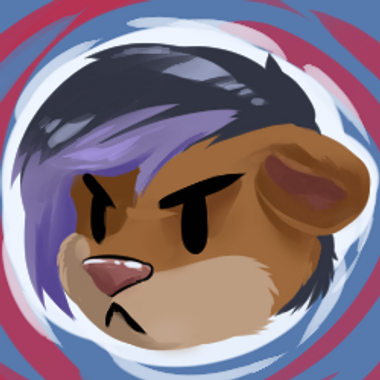 Ashari's Word Wrangling
By proceeding, you confirm that you are
at least 18 years of age.
Yes, I choose to proceed
Cancel
Cancel

Ashari's Word Wrangling
Whether you've stumbled upon this page by happenstance or by other links I bid you welcome!

I go by Ashari, and I write stories, often lewd in nature with a few prevalent themes which will be listed below.  The most reliable and up to date repository for my work can be found over at https://www.furaffinity.net/user/ashari/

There is a deluge of content in a short time, from August 27th back to Aug 22nd. This was the summary of all personal works of mine. From here the content will slow down as I upload things when and as they are done.

Previous works that others have commissioned can be found on my FA gallery for now, but if there is demand for them I will happily start to bring them over here too. New commissions will appear here on the day of their approval, at least one week before they appear on FA.

Even if this page isn't your thing, I thank you for having a look! If it is your thing I hope I provide some juicy escapist entertainment and good times.

Ashari's Word Wrangling
Public post
Apologies for the lack of updates throughout February!

There is a big project in the works, and the last commission before I branch into new personal works for a while! I thank you all for your patience!

At this time, the in-progress work clocks about 15000 words, and there will be even more to go before I begin redrafting. (After which I will likely split it into parts, but you will get them all at once when it arrives!)

To stoke the excitement, the story is mostly about rope bondage, some of it artistic, some of it intense!

Summary: The deified Starweaver Raiko falls prey to an ambitious bounty hunter, one who is sadistic to her targets and also make sure to cover as many bases as possible in keeping her captives unable to be found until she collects her rewards.
Starweaver's Downfall.pdf
FurryBondageEroticaSciFi

Ashari's Abritrary Ratings: Tame- Mention of restraints but nothing overt is even hinted at.

Summary: Two charr wake up in a dungeon, knowing nothing of how they got there, and unable to communicate through more than gestures with each other. They set out to escape, finding that the place is more a puzzle than a true trap, however the final hurdle is a lake of tar that they are ill prepared to navigate.

This piece was a gift for a friend, and as such I have opted to share it publicly from day one.

Summary: It's costume night at the Painted Wolf! And Raiko the ram-fox is keen to take part. However competition is stiff, and he'll need to accept an unbelievably good offer if he wants to be more than the audience.

A commission for StormAlchemist as a gift for a mutual friend who stars in the tale! Ashari's Abr...

Hoping to soon have more personal work so show, as I realise it's been mostly just commissions! A...

Summary: The super hero Mittens was defeated months ago by the villain known as The Tamer. Still defiant, even after the long punishment for his past transgressions, The Tamer has a use for him. Serving as a demonstration for his newest up-and-coming lieutenant.
The Heroic Mittens Sculpted Physique.pdf
PerilFurryBondageSuperhero

Summary: A wolf and cat go exploring a newly abandoned cake factory on a dare, however they inadvertently step into the reaches of a still active cake making machine, and that night's creation is viscous and trappingly sticky.
A Half-Baked Plan.pdf
FurryStuckStickySafe

Summary: The living rubbery rabbit suit Ayase spends a night with the blue wolf Zheil, showing her the impossible and amazing perks that come when she puts on the suit.
Ayase's Abstract Amusement.pdf
FurryLivingsuitBondageTame

Summary: The Space faring Bio-Wizard, Snowy, finds herself on a ship that mimics her own, yet the halls crawl with monsters and horrors. In a bid to find a way out, she meets the one controlling the craft, and by that time she might be hard pressed to fight.
The Ghost of the Stars.pdf
BondageNsfwRapeMagicSciFi

A teaser and WIP of an upcoming slew of things that will be subscription exclusive until I can fi...

Ashari's Word Wrangling
Public post
A commission for Doby822 on FA AKA. Altreyas

Summary: The fennec adventurer Altreyas tries to track down a thief in the mountains, the thief turns the tables. Given that he doesn't want his lair found by others, he decides to keep more than just Altreyas' belongings.
One Kobold's Toy.pdf

Ashari's Word Wrangling
Public post
A commissioned piece for MetroM4 on FA. Found this one easier to hit my stride with! Hopefully that shows.

Summary: The living vixen fursuit, Misha, captures the wolf Metro to bring life to one of her fellows. What that means for the wolf is an inescapably restrictive outfit, and that's just to begin with...
Misha's New Secretary.pdf
BondageFurryRubber

Ashari's Word Wrangling
Public post
A new commission set in the commissioner's world of sexual-geared AI dolls living in a world their creators forgot. Thanks again to Technophile34 for buying this piece and supporting me for so long.

Summary: A bounty hunter doll tracks down an outlaw and after accosting them, lets out her own frustrations. After which she has to choose, does she take the payment or keep the target to herself.
Bella's Bounty.pdf
BondageRobotsDollsNoncon

A story sequel to this image and the contained short story within:

Another abandoned draft that was still in progress. I had metal bondage on the mind a while back,...

Ashari's Word Wrangling
Public post
A commissioned story, and a sequel to "Above the Law." Thanks to FA user Kittsugen for tasking me with writing this!

Ashari's Abritrary Ratings: Adult - Explicit. A lot of forced and non-con things of explicit nature, but with an emphasis on comeuppance.

Summary: Having been humiliated and teased, the dragoness Adrai learned nothing, immediately plotting vengeance. She brings her minions to raid the store that shamed her, capturing the woman responsible and finding her lover too. She takes them back to her cave home for some revenge, though her pride will once again be her undoing.
Pride Fuelled Payback.pdf
BondageFurryDragonessNonCon

Ashari's Word Wrangling
Public post
In June this year, I set myself a writing challenge, that was to do a small 750+ word piece every day on a list of randomly generated (from another bigger list) themes. It was harder work than expected, especially by the end, I nearly missed the deadline for a few days, but ultimately I am glad I did it. As such it's a long tale, built of stand-alone short vignettes.

Ashari's Arbitrary Ratings:  Safe - Clean.  There are no kinks, just a mix of safe themes.

Summary: This one contains many different stories ranging from a couple of spooky, to a couple of action, but mostly low tension vignettes. Some of which were a chance to explore characters better. Others of which were to delve into themes I'd not really made time for.
Ashari June Writer's Challenge Compilation.pdf
FurrySafeSfw

Ashari's Word Wrangling
Public post
Very similar to the last tale, featuring the same plush character. The reason this one happened was simple; I often war with making fan-fiction friendly to the universe, yet have the occasionally strong hankering to write about Digimon creatures. Then the idea hit me to have Ofenna put into a gatomon form, allowing me to keep my regular canons. The rest came because of other kinks on the rise in my muse and moods, and from the chance to do some size difference things.

Ashari's Arbitrary Ratings: Safe - Very similar to the last tale, the character is at most inconvenienced by the strange kinks.

Summary: On another of the mage-panda Mei's whims, Ofenna finds herself in the small compact form of one of her favourite fictional creatures, a Gatomon. Mei and one of Ofenna's roommate are quick to put her through some light-hearted bullying.
Gatofenna.pdf
FurryTransformationDigimonPlushVore

Ashari's Word Wrangling
Public post
Bit of a weird mix of themes and kinks here. The idea for the sentient plush Jesse had been something tickling in my mind for a while, but when a friend and I had a discussion and an idea, they grew into their own thing and this is meant as an introduction for them.

Ashari's Arbitrary Ratings: Safe - Very light peril, being controlled by a relative stranger, but with no true ill will, and nothing beyond what any character involved would volunteer to go through.

Summary: Ofenna is brought back home, trapped inside a living plush that wishes to introduce itself to Zheil. Though since the plush suspects it might get discarded if the lioness has any say, it makes sure to keep her under control.
Comfy Arrangements.pdf
FurryPlushVoreBondage

Ashari's Word Wrangling
Public post
When I started this, I was planning on making an arbitrary means for a smart feral lioness to end up dealing with a huge but otherwise normally minded snake. The whole thing ended up taking on a sweeter tone than I'd envisioned so I just rolled with it.

Ashari's Arbitrary Ratings: Safe - The focus is on an innocent few days, and concludes with no harm done after some near-vore.

Summary: Ofenna finds herself forced into a feral form, marketed as a pet, and adopted by a caring family. Things seem fine until she's taken to visit a friend with an exotic serpentine pet...
FurryFeralVore

Ashari's Word Wrangling
Public post
Inspired by an artwork from the FA user Caroo, I just wanted to add a different cast member from the same universe into some perils.

Ashari's Arbitrary Ratings: Borderline Adult - Lewd parts are stimulated and teased for a prolonged time. Otherwise the main things to deal with are long term bondage and captivity.

Summary: When Bianca goes missing, Spyro and friends track her down to a strange facility. However, those who run it are more than prepared to keep their valuable prize, and adding a few invaders doesn't set them back at all.
FurryFanfictionSpyroBondageTickling
View previous posts (25/44)
See something you like? Subscribe to see even more!
Subscribe Now
The subscription gives you:

$33 of $120
per month
Proof that this will work. If I reach this point I will add new goals and pledges and commit to certain projects.