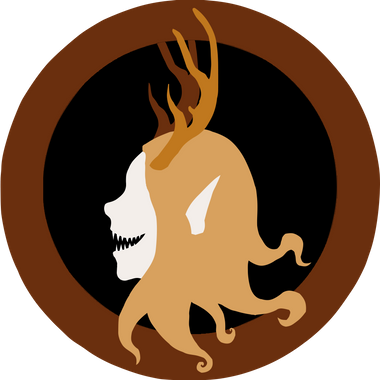 WildFeyGames
By proceeding, you confirm that you are
at least 18 years of age.
Yes, I choose to proceed
Cancel
Cancel

You can request Items and Animation you want to see in the game!

WildFeyGames
Public post
Changelog 0.7
Added Shayla as a companion.
Added 2 new CGs (Shayla Captured, Kara and Shayla Bathing) and one new scene with multiple CGs (Monstrous Toy)
Added Debt to the Spirit quest. Now Kara will be able to pay her debt to the Spirit of the Frog.
Added Gallery can now be accessed from the title screen.
Added Stash that can be accessed from various places.
Added New Items including new magical equipment craftable at the old witch's house.
Added Frog Shrine in the forest can now gives its blessing.
Added You can now fight the Spirit of the Frog after saving Shayla.
Added You can now gather companions when leaving the inn.
Changed Starlight bracelet renamed Wise Frog Bracelet. Its description and image has also been updated.
Fixed Swapped Kara solo flashing CG to the proper image.
Fixed Hunting bow aimed shot not recharging after combat. It basic attack now also properly uses agility.
Fixed Basic attack damage not calculating Stat multiplier properly.
Changelog

Added 3 new CGs (Caged Girl, Pygmy Breeder, New Shira CG) the first 2 will automatically unlock in the gallery if you have already done the required quest/event.
Added 3 new items including the Hunting Bow
Added event at the destroyed cart with some enemies. (It only triggers if you haven't done the quest to rescue the girls from the slavers. It is mainly to point out that you should look around for more information around the destroyed cart.)

Added Now you can tell the Witch you found Shayla alive during the Depths of Knowledge quest. (Before slaying/rescuing her.)
Modified The Bloodrose Seeds item have been renamed Bag of Bloodrose Seeds and now it can be crafted.
Modified The Red Maiden now drops her sword when slain.
Modified In the Ritual of Initiation quest made it clearer in both conversation and quest description that you will need skinning equipment to gather ancient frog bones.
Modified Swapped a group of pygmies to Bloodroses in the North-West forest map.


Fixed Wrongly allocated runaway point that made Kara appear off map.
Fixed Some typos, mainly in the latest quests.

Progress UpdateHello everyone! Now that we worked on the next release, we can share a bit more of...

Girl in the pygmy nest CG! (+ variations)Hello everyone!

WildFeyGames
Public post
0.6.3 Changelog
Important: If you load from a previous save, because of the changes to the Depths of Knowledge quest, when you go inside the witch's hut the quest will be reset, and certain items will be removed from your inventory (related to the quest). We advise going there first if you are loading from a previous save.
0.6.3.10:
Fixed: Some minor issues, typos, and barmaid event rewards.
Changed: Millipede monster's toughness reduced, and now they have armor (mental damage is now more effective against them as intended).

0.6.3.9 Hotfix:
Fixed: Talking to invisible Shayla before the rescue.
Fixed: Bug where loading from previous version the quest and triggers not resetting if the book was acquired without the quest.


0.6.3.8 Release version:
Added 2 new CGs with multiple variations (Red Maiden, Initiation Ritual) and 1 new scene (Cleansing Shayla).
Added 10 new items including a new clothing (Witchling Dress), and 4 item that gives new abilities (Moth Dust, Rootlight Staff, Mothmaiden Necklace, Bloodrose Seeds).
Added 2 new enemies Fey and the Bloodrose.
Added 2 new quest (Ritual of Initiation, and Ancient Rituals) and added a way to save Shayla from her fate in the Depths of Knowledge quest.
Added Now Frog Glue and Flaming Berries can stack outside the combat inventory.
Added New DoT (Bleed), a new debuff (Dazed) that decreases AP, and a new Damage Type (Mental) that bypasses armor.
Added Shayla's CA.
Modified Now you can't enter the caves below the island until you start the Depths of Knowledge quest.
Modified Added Starlight gem to some loot already present.
Modified Doubled the maximum stack size of several items.
Modified Increased loot from many enemies, including both silver and items.
Modified Female bandits now try to go for a backstab if they can.
Modified Increased movement reduction of the bolas by 1.
Modified Prices of some items in the game.
Modified Required items to create magical equipment.

Modified Tome of Life healing have been reduced, and now it has limited charges/combat.
Modified Pot of gold have turned into a well of gold.
Fixed Weapon Stat Coefficiency Multiplier not working properly.
Fixed Pathfinding when enemies search for defeated characters.
Fixed Issue with ranged attack targeting.
Fixed Now Nora will leave properly again at her house.
Fixed Slider not appearing in the quest log.
Fixed First barmaid event not giving silver.
Fixed Some typos.