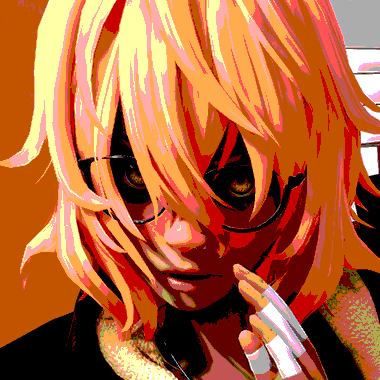 
Good morning guys, so version 0.1.2 is now available for you to play, this was not a content update but a gameplay update. Yes, there are a few events for you to see on the map, but I've focused a lot of time in these last 2 weeks improving the sandbox mechanics and modeling the game structure to make it easier to create content;

but anyway without further ado here are the links for Download:

~SOMEONE THAT YOU ALREADY KNOW APPEAR IN THIS EVENTS~

AND SOME MINOR CHANGES THAT I FORGET :P

Thank you for the support!!

Well, here we are, in this first update, you will have a brief intro into the game story, There are still many features to be added to the game, and possibly something in the story may still change, but the essence will always remain the same
In this update, we will have the beginning of the first arc of the story, there is not much sandboxing yet (ironic, it is not), but with the course of the updates this should take shape;
I hope you like what you will see here, I didn't have much time to develop this initial phase, I hope I managed to do something minimally satisfactory.
Enjoy;

UNREDDY
Public post
So, its Thursday and I'm trying to make a habit to every week come here and show to you how the things is going; then let's talk a little about the project;

First thing first, the new update, or i could say the renewal of the game will be in February 15, yea 5 days from now,  i'm trying my hardest to make a great intro of the game in this day, of course i wont be able to put everything i wanna in this first release, but, yea, it is just the first release, i'm kinda of perfectionist, really, so things can go slower than expected at times, but rest assured I'm doing my best to make something of quality. well leaving this apart. lets talk about the game

Well, this is it, now the decision is up to you. in the begin of project a few days after i posted the demo of GS in F95, a guy adverted me about posting the game in Patreon, cause it could be raise into a problem later because of the incest thing.
This is the main reason I choose the subscribestar for donors, but now it shouldn't be a problem, if you are reading this and want to help the project, you can do it for Patreon soon enough;
And if you dont like the incest, you should be happy now too....however I really think if you didn't like it you wouldn't even be reading this, right?

Well i feel i don't even need to explain this but it's good to make things clear, the sandbox gameplay will continue, It's not like it's in the title of the game, isn't it?
You already have noted that the engine that I choose to code the game was Ren'Py, and that a lot of explanations for why. First, cause is pretty easy engine, Second, cause Python is pretty easy language, and Third, Cause I don't have the time to learn, Unity, Unreal or a more complex game engine right now. The Ren'py was created to make Visual Novels Games, not a Sandbox, it's a little bit demanding to implement a Sandbox gameplay in this game, but I'm already familiarized with Python and for me its a better option then have to learn C# XD. I think I'm losing focus of the topic. sooo...
The Sandbox gameplay will be pretty present in the game, maybe in this first release you don't will have the freedom that a intend to put in the game, but with a few releases your wings should open. I really like the games that you can do whatever you want, whenever you want. And that's the main reason for "Sandbox" in the title of game

As I said in the last topic, the game will give the liberty for player to travel around the map and meet people, without a pre-builded path or order, of course the game will have a main history, and for this cases, "Event A" must happen before "Event B", you know the drill;
The Day/Night cycle will command where and how the characters interact with you, and of course the same goes for weekdays, some days a shop dont open, or weekends you cant attend to class, etc...
How i said in the begin of this post, some of this features may not be implemented in initial releases, but some day it'll be full implemented.

So this is pretty much for this week, see you all in the next update (feb-15);  Next week may not have a week report like this one.

UNREDDY
Public post
Yoo, I'm here today to show you how is getting;

just to make clear, what I'm going to show here is still subject to change, so feel free to comment.

So lets talk for a bit about the phone

UNREDDY
Public post
I spend a lot of time doing upgrades and stuff in RPGMK, but the more I did, the more I felt the need to change the engine, whenever I had to implement a new idea, I spent days and days thinking about how to do it cause of the limitations that RPGMK had (or I had :( ) but now I'm studying a new engine to make the game, and in the next update you'll see something really new.

It wasn't just the game's engine that changed, but the characters also underwent changes in appearance. I'm here today to update you with the new changes into the game. I'm still at the beginning of the game's development on the new engine, so I don't have much to show. but I want you to know that I will be more active around here, and I will try to notify you at least 2 times a week about something new.