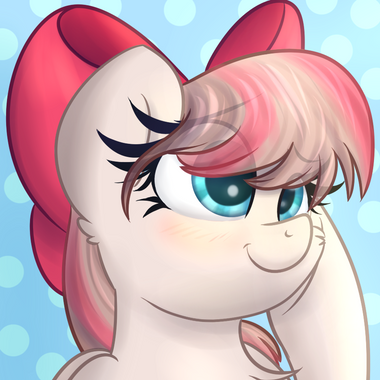 Join for free to receive email notifications about new posts submitted to paid tiers. This is a nice way to get updates about what we're doing or events we may be holding or participating in. Become a follower today!

The fiver, thanks for your support!

For those who wanted to give a bit more.

Your help is greatly appreciated!

This tier is for those that want to give even more.

Thank you for your support!

All [Optional] rewards must be requested by PM on subscribestar, these are not automatic. I'll need your Discord username for discord rewards, Ponybooru username for badge rewards and a name to be credited wit on The Pony Archive if desired.

We thank you very much for your support!

3 Boneless Pizzas and a 2L Coke.

Your support is much appreciated.

Oh my, thank you!

Your help is much appreciated!

You must really like what we do I guess. T-thanks?

Your help is much appreciated!

Oh uhh... Thanks? It's greatly appreciated.

It means a lot to the network and fandom at large.

A trip to the Costco Food Court.

Thanks though, it's greatly appreciated.

It's been 6 years!   More importantly, YouTube is removing all unlisted videos from 2017 and before and they will become inaccessible after July 23rd.
What a non-gift for our 6 year anniversary!
It has been 6 awesome years though, and there are dozens of active users with TPA that make sure we can archive as much as we can find in our limited time.

I wanted to thank all of my supporters through the years for the fun times.  It means a lot not only to myself, but to so many people who stumble upon The Pony Archive and the other sites that are now hosted under Z+.  We've gotten a lot of chances already to raise awareness about archives and their importance.  A thanks goes out to all of the conventions out there, even the ones TPA hasn't had a presence at.

Going forward is going to take a lot of patience and hard work now that TPA and Z+ have grown.  We've done it before and we'll keep on doing it.

Qroxy is expected to be publicly available by the 21st of July in an open beta.  Qroxy is fully open source.

ThePonyArchive
Public post
New server has been put in place for Z+  a few weeks ago.
The migration has been happening slowly but has progressed.  Much of two previously leased dedicated servers have been migrated.  Removing those old servers from the network soon.
This will help offset the cost of the newly colocated server.

Today is a big day for The Pony Archive / Z+

I have edited all reward tiers, and have added a few new tiers including a follower tier.
I wanted to thank you guys for the support over the years. I hope 2021 at least has some good moments and I plan to try to make many of those with you.

As some of you may know Z+  manages the network behind The Pony Archive, Ponybooru, Project Vinyl, (few other smaller sites) and also runs the online convention, Brony Bash.
These projects have taken a lot of work, time and money to make them into what they are today.   There have been some changes structure wise, and some clarifications on things.   We'll start with what's changed,  some quick clarification(s), and a what's next.

The $5 tier and over now offer requests for physical printed badges.  Some of you may have seen these in previews for when I was beginning a run of them for The Pony Archive.  These are printed on hard plastic cards similar in size to a credit card or hotel room key.  A picture of a few badges will be posted in a week or so when I have more time to tweak them.

Once I've perfected a few badges to choose from, users can submit a request to get a badge from me from the pool of badges.  I'd love to do a "meme of the month" badge but I'm going to be honest when I say I don't think I'll be that active in printing out badges.

There are now very clear descriptions of the discord roles you can optionally receive and what they offer.

Tiers now also give Ponybooru badges, not to be confused with the physical badge rewards.  There's a few different tiers of them.  The length of subscription required to have badge permanence has not yet been determined.

I thought it would be important to make the distinction that while Z+ may be the umbrella under which these all reside, the policies for each site and project are managed separately.  I get asked this question more often than I really anticipated , and it never really changes.

Another important clarification about another question I get asked often. "Can I support one site and not the other(s)?"  Well, depending on the site, absolutely.  But unfortunately that doesn't extend to monetary support as everything is mostly contained within the network and separation of income is extremely hard when it's just me managing everything.   Your support goes towards the network, and that ensures *everything* stays up.

Non-monetary support can come in many forms.  The Pony Archive always accepts donations of files for archival, even paid content that will not be shared publicly.  You can also help by giving us links to things that need archiving or asking to help out some of the coding projects that arise.

Ponybooru loves active users, making some jokes on the forums or contributing tags, uploading content or just generally hanging out.

Well we're putting up a new server soon for the Z+ network.

We're still in need of about $950 worth of hard drives (8, 8TB disks) and $350 worth of DDR4 server memory (8x 16GB rdimms).  I've been slowly building up the server past few months and am close to getting the ram leaving just the hard drives as needed.

This will not raise overall monthly operational expenses by more than about $5 as we're recouping the cost of colocation by discontinuing the last rented servers in the Z+/ TPA network.
With this new server in place, the Z+ network will be entirely self-owned.  It is also expected that Z+ will begin being able to offer VPS services officially about a month after deployment of the server and migration of running services to determine the amount of resources free.

I can't magically expect 2021 to be better, but we can try together.  Thank you for reading, thanks for the support.  Look to see you again sometime soon!

PS: If you are still on the Patreon you should migrate over to the Subscribe Star here.

PM me for rewards, I'll need your discord username / ponybooru username / username you'd like to be credited with on TPA if desired.
Comments (0) loading...
Like(2)
Dislike(0)

ThePonyArchive
Public post
What do YOU know about good fruit punch?!

Well, I know the rum usually disappears in the suite.  F for our 151

Hopefully cons will be a thing again soon eh?

ThePonyArchive
Public post
For Nightmare Night, we have found the proper place to store all of that data.
The Hole.  It's there.  Forever.

Happy Nightmare Night everypony!
Thank you for your continued support of archiving and the progression forward from here!
https://www.youtube.com/watch?v=cNLDV6-ocgQ
NightmareNightSpookyMlpHalloween
Comments (0) loading...
Like(3)
Dislike(0)
View previous posts (6/8)
See something you like? Subscribe to see even more!
Subscribe Now
The subscription gives you:

$200
THE GOAL
REACHED!
The bare minimum to operate the archive. Archival of content in certain locations may be hindered as geolocated proxies would not be available. Streaming services will not be available. (Some of these double as proxies.) Game server hosting may not continue.
$235
THE GOAL
REACHED!
Bare minimum with game server hosting included, some streaming features will be enabled primarily in USA as the server shares double duty.
$340
THE GOAL
REACHED!
The bare minimum required to operate at current capacity. Does not include a reserve for future upgrades or hardware failures.
85.1%
collected
to reach
Minimum required as an estimate to replace hardware and have the reserve to do so. Anything beyond this is added to the reserve funds for expansion.