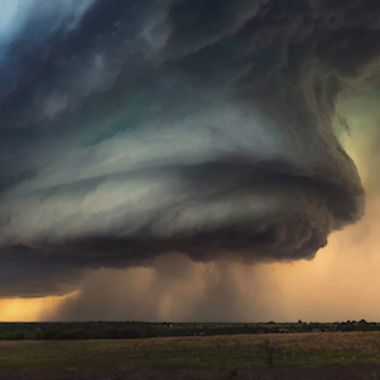 This tier is for people who like my work and want to follow what I've been up to. It also grants access to my discord community. I post a video or devblog post each month as well as live streaming builds and recording sessions on discord. - Development blog posts - Demo & "how to" videos - Discord server access - Tempest TV live streams on Discord

This tier is for those of you who want to go that little bit further in supporting my work. Through an exclusive area in my Discord server you will see what I'm working on right now. I will also publish a digest of this development stream every month. - Inside view of my work in progress - Exclusive discord videos & hangouts

This month I'm excited to announce that I have quite a significant upgrade to the twist mechanism to release.

With all the work on SR6 Beta it's been a while since I gave the OSR2 some proper attention. The twist axis seems to be the most popular axis on the OSR2, after the main up-down axis of course. In my mind it was overdue for an upgrade.

I've released three versions of the twist so far, but up until now none of them have been completely satisfactory. The current version is okay, but it does require a Parallax 360 feedback servo, and those aren't easy for everybody to find. The feedback system is also a pain in the ass to troubleshoot.

This release is special because I have designed a new twist mechanism that will work with a generic standard sized servo. The mechanism employs an additional gear so that the main ring gear moves with a 1:1 ratio with the movement of the servo. Just pick yourself a 180-degree or 270-degree servo, plug it in like every other axis on the OSR2, and you're good to go. It's simple, smooth, fast, and works really well. It's also incredibly easy to put together.

I will be releasing the part STLs and a set of build instructions for the T-wist mk4 in the next few days on the Maker tier. I've spent a crazy amount of time on this over the last month and I'm excited to share it. Currently this is an OSR2-only design, but the design is transferrable to SR6 and that will be coming your way at the beginning of next month.

Other news: the Discord livestream dates this month for my Supporter tier will be: Monday 7th and Monday 21st March. These will start at 11pm GMT (5pm EST). In these I will be building an OSR2 and the various add-on modules and taking pictures, so that I can update the OSR2 build document. I will be building both the Romeo and ESP32 versions. This would be a great opportunity for any newbies with questions on the OSR2 to drop by.

Sometime this month I will also publish my T-Code guide, which I recorded in the livestream last month.

A big thanks to everyone who supports my work. It's because of you that I can keep improving these machines in this way!