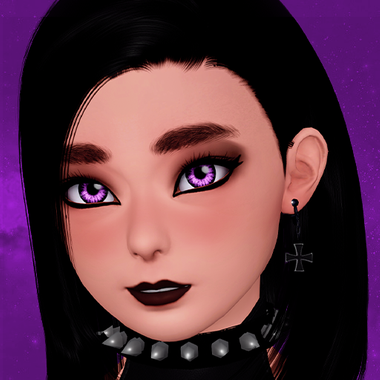 The first part of the 0.8 update has already been finished during the first of these two weeks, and it has needed several hours of testing to include the new Artifact research system in the museum, although I’m quite satisfied with the final result.

After the Alpha release, I’ve been working on fixing the bugs that have been reported both visual and others more critical, including a pretty important one that happened with the new gift store and that did not allow progressing in Maxy's depravation events.

Taking advantage of this opportunity, I decided to make some improvements to the gameplay in preparation for the Beta that will be released soon.

After each update, I like to take some time to read feedback from players and take all the great ideas I can gather, though I also must consider the resources and time available to make them within a realistic period.

Between this I have come to a common ground and that is the social tab and navigation between character profiles.

The first improvement is to add a “filter” or “sorter” that allows to group the profiles in a better way, from the Beta it will be possible to sort the profiles by level of relationship (Red Hearts), by level of depravity (Purple Hearts) or alphabetically in ascending and descending order each of them. In addition, it has a “memory” so your sorter preference will be saved until you decide to change it.
New bottom bar:

The second improvement is the navigation between character profiles. From now on, I have added two arrows at the sides of the character attributes to be able to jump from one profile to another quickly. The order of the profiles changes dynamically according to the sort set in the previous point. It has been a complex algorithm to make since it must work dynamically with the previous system, but I think it will be a cool addition and i like this final result:

New arrows at top to change between profiles:

The third improvement is for the Android version. There was a recurring complaint in the scrolling of the Social Tab, being a somewhat thin bar, it can be difficult to slide without entering a character profile by mistake.

Here I've made a design change that may seem “strange”, but I decided to roll back the Social Tab design to an earlier version, add an extra button to return to the previous page and leave them both on the right side of the screen to make it more comfortable to navigate with the thumb when playing Lucky Paradox horizontally. I have also moved the order tab to the top so that it does not collide with the quick menu options.

This last change is only for the Android version:


Although they seem like small changes, they have caused me quite a few headaches, so I hope they are worth it, and you feel more comfortable playing the game :)

I've also started working on the story for the second part of the 0.8 update. I don't like to give too much information about the story at the beginning of development, as many things can change, but the focus is on new content for Yui and Prim, plus the second part of Liz's story, which will be more focused on her relationship with the player.

Finally, I am working on an improvement in the artifact research system for the museum, where we will be able to find hidden objects hidden in some locations in Argleton that we can collect to discover more details of the lore. We will be able to get clues to find these artifacts by talking to Liz, and we will need enough knowledge to discover the secrets.

Although this is also in basic design stages, I will have more details for the next progress report.

The beta release is coming soon, by Thursday at the latest, and will include all the quality of life improvements mentioned in this post :)

As always, I send you a big hug from afar and wish you a great week.

See you soon with more news!

Hello everyone and welcome to a new sneak peek of Lucky Paradox
As a quick summary: Added a bit more content, finished script, renders at 40% and programming at 70%.
Now let's get to the post, hahah
During the first week, I was focused on finishing the script and rewriting part of it, since I wanted to put as many events as possible in the least amount of time. On the other hand, Liz's story will be a bit slower at the beginning, since she is a character that we haven't known in depth yet, but her story will be revealed as something more important than it seemed at the beginning.

As for Layla I have condemned everything in a single event quite dense, where the logic that makes up the world of Lucky Paradox is shown globally, as the connection of the alters of different universes is maintained and implicitly, a strong connection with the history of Maxy and Mary through Mayor Johan. Perhaps it can be a little dense because of some mathematical and physical concepts, but my intention is that it is easily understandable, even if you do not fully handle these concepts, but I think they are necessary because they give a lot of verisimilitude to what is happening. I like that in a fantasy world, there is a component more focused on "logic and science" than "magic".

As for Maxy, besides being condensed, everything is in a long main event where we will learn more details about her true intentions and the relationship she has with her alter Mary. It is an event that mixes a first part more wild and a second part more introspective.

I have also added two Depravity Events for Maxy; For the first one we will have to buy a pet leash in Alice's new gift store, the requirements are 3 violet hearts and $400 to buy the gift, while for the second event you just have to perform a music show, if she has two violet hearts then you will be able to see a new event between Maxy and Tomoe.

Overall, most events will provide answers to many unknowns about the story, with some lore delivered by the museum artifacts, connecting the new main stories with what has already been seen so far and ending with a big reveal at the end of Liz's story.

What is a Candidate really and how is that condition created?
What is the origin of the cube and what is its usefulness?
What was the plan of the first Mayor Winsor?

This and much more I think will add a lot of color to the story.
Even so, and with the heavy editing where I shortened the content by almost 30% in terms of quantity, this will possibly be the biggest update so far.

As for the images for this update, they have been more than 40% finished of the total which includes: All the new interface elements finished, the graphics for the 7 new costumes and a part of the images of the new content.

As for the programming of the game, I have already finished 70% of everything needed: The museum is already perfectly functional, scaling the knowledge requirements properly and filling and adjusting the texts correctly, the new gift store is already functional, so it will be possible to add extra content needed for the Depravity Events. And the rest is already part of the new content, but being more routine code should not complicate too much the things that are still to be done.

Now the question is...
When will the update be available?

Although there is less and less to do, sometimes unexpected things happen during testing, but my intention is to have the update available by the end of this week or early next week.

I hope everything goes as smoothly as possible, so you can enjoy all the new features as soon as possible!

And that's all for these weeks, I hope you feel excited about the new content and as always, I will be attentive to your comments (I always read them all).

I send you a big hug from afar and wish you a beautiful week.
I hope to see you soon for the release of the first Alpha of version 0.8 <3