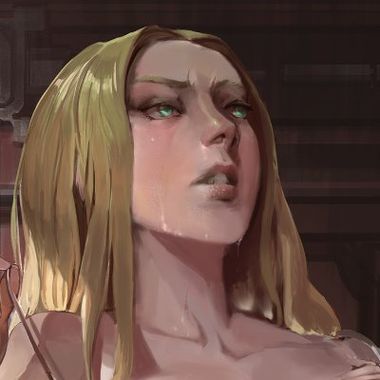 18+
EllieSands
My name is Ellie Sands, and I'm an erotica author and artist who creates fantasy and other erotica stories and pictures. I make fantastical erotica stories in a large variety of settings, often with kinks like NTR and slavery :D I love writing both fantasy and contemporary, and I often end up drawing scenes from my stories as well. You can expect content from my Relics of Dominion series (NTR Portal Fantasy), Aralia of Talvanar (kickass science-fantasy erotica), Summersea Saga (exchange student ghibli-like erotica with feisty catgirls), War of the Deep Realms (Dark elf erotica far beneath the surface), or Slut Dolls Café (contemporary noncon sex arcade)!
Erotica
Art
Nsfw
Ntr
Noncon
Subscribe
Send Message

EllieSands
Welcome to my little hub of erotica and thank you for subscribing!
This post will contain short introductions of each ongoing story that I am writing. Maybe you'll find something that strikes your fancy :p

Aralia of Talvanar: Science-Fantasy, Action Erotica, inspired by 'A Princess of Mars'.
Ara is a daemon. A red-skinned, blue-tongued, black-haired vixen of a daemon. And she is at the bottom tier of her oppressive society, forged from birth to be nothing more than a toy for the enjoyment of others. But, when her master offers her the opportunity for escape from her homeworld, by sending her to the planet of Talvanar as one of the Crusaders, Ara cannot believe her luck. That is; until she's actually been on the barren planet long enough to learn the hardships of surviving on her own.

Slut Dolls Café (SDC): Contemporary Noncon Erotica.
This story follows college student Mark, who is contacted by a secret firm, calling itself the SDC, that specializes in acquiring women for its discerning clientele. Mark has to make a choice; Does he keep his morality intact and walk away from this unbelievable offer? Or will he take the promise of a fat paycheck, in return for choosing whom the SDC will acquire next? Maybe that popular girl in class...?

The Tavern Raid: Fantasy Noncon Collaboration Erotica.
This story was a collaboration between me and Sabu, the creator of the SexArcade series, who has made an amazing art piece depicting the goblin tavern raid.
Check out his work!
The Tavern Raid: http://www.hentai-foundry.com/pictures/user/sabudenego/968370/The-Tavern-Raid.
Twitter: https://twitter.com/SexArcade

Summersea Saga: Ghibli-inspired, Exchange Student, Semi-modern Fantasy Erotica.
Aren is a new exchange-student to the quiet, seaside town of Summersea, where life goes at it's own pace and where Aren can focus on making new friends and study. Or at least, that is what he has envisioned, up until he meets all the gorgeous women who he'll live within close proximity to for the next year. Hilarity and awkward situations ensue as Aren also discovers that his special enrollment to Starlit University might be more responsibility than he had ever imagined.

One tier to rule them all! Access to all my stories and images, such as new chapters from 'Relics of Dominion','Slut Dolls Café', 'Aralia of Talvanar' or 'Summersea Saga'. We'll also be doing polls for stories and drawings!

Help Desk: Use this post to filter stories :D

I try to add relevant tags for every post in order to make it easier to navigate my site :)

The Tavern Raid, Chapter 7: Into Oblivion