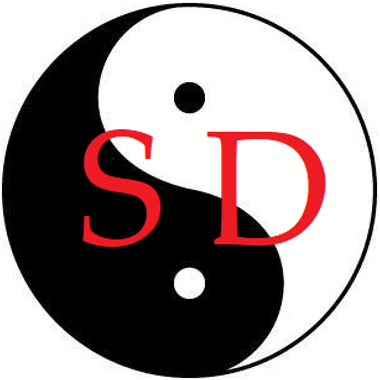 18+
ScumDumpster69
Hello and welcome to my SubscribeStar. I write erotica as a hobby, but am trying to explore the possibility of doing it full-time. My main content consists of stories featuring futanari/dickgirls, but I might branch out a bit every now and then.
Erotica
Futanari
Dickgirls
Subscribe
Send Message

Story Poll. Three new story ideas will be presented, chosen from my full list of ideas by subscribers in the Enhanced Tier and above. The winning option will be the next story I write.

Chapter Poll. In this poll you will be able to vote for which one of my stories you would like another chapter to. The two stories with the most votes win. Losing votes will be saved for following polls to encourage voting for less popular stories.

... The story will always slightly exceed the number of words you have netted, to ensure that you get your money’s worth.

... There are certain things I will not write about, as listed in my "About"-page, so be sure to read it before pledging! I also recommend that you contact me in advance regarding any weird stuff your story might include.

... Your commission draft can be as vague or specific as you want. Any details that you leave out will be filled in by me.

... A commission will take at most two months to write.

The Green Plague - New Chapter Out

New Story: A Pinch of Love

I realized that my decision to unlaunch my Patreon was a bit of a hasty decision, so here I am again, now on both Patreon and SubscribeStar. I've been feeling better as of late, and have gotten a decent amount of work done on my stories. In order to not fall behind again, I have decided to have the billing cycle paused until every current project is finished. Over the course of January, and most likely February as well, I will be posting a bunch of stuff, so keep your eyes open for updates.

In other news, I have raised the prices on my tiers a bit. One reason for this is that I will now hold both the Story Poll and the Chapter Poll every month rather than alternating between them. This will result in more content. The other reason is that I feel like I'm often too harsh on myself and don't value my time and effort enough, so the new prices should more accurately represent the amount that I feel that I deserve.

Hopefully I can have a better workflow this time around. It feels good to be back!

NOTE: LOSING VOTES FROM PREVIOUS POLLS ARE STILL SAVED AND WILL BE USED IN FUTURE POLLS.

ALSO NOTE: WORDS THAT YOU HAVE ACCUMULATED IN THE ELITE TIER ARE SAVED (OF COURSE).

$0.54 of $500
per month
I will use my acquired earnings to commission an artist to illustrate one or several characters/scenes from my stories. Which characters/scenes to choose will be decided by subscribers in a poll.

MrDots Games
Hi! Welcome to our SubscribeStar page. We're a team dedicated to creating Visual Novels. We like to create stories that focus on romance, slow build, and character development. Discord Link: https://discord.gg/DKhZGFr
This website uses cookies to improve your experience while you navigate through this website. Continue to use this website as normal if you agree to the use of cookies. View our Privacy Policy for the details. By choosing "I Accept", you consent to our use of cookies.