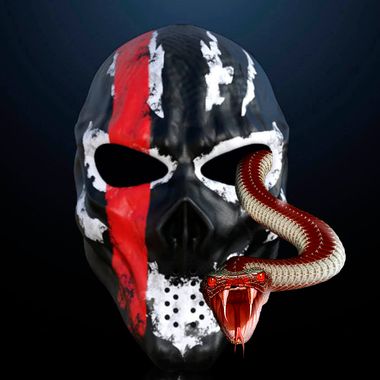 18+
SaVa_Game
Hello. My name is SaVa. I'm the creator of adult games, or rather the creator of one single game, (so far), Cobra Venom.
Erotica
FootFetish
Art
Nsfw
VisualNovels
AdultGames
Subscribe
Send Message

Get the game 10 days after release. Access the games. Thanks.

Get the game 3 days after release. Access to polls All rewards from previous tiers.

Get the game on release day. All rewards from previous tiers. Access the replay gallery. Your name of choice in the game's credits. Special render.

You really want the game to be better. The update will be available 3 days before release. (Time to fix bugs and inaccuracies.) Access the replay gallery. A separate special image just for you. Special thanks in the game, with the image of your choice in the background. All available bonuses.

This level is for those who don't just want to support me, but for those who want to develop this game. Every $50 you give me will be put aside on a separate wallet. This money will be spent exclusively on the game. Buying graphics cards, hiring specialists to help create the game, buying assets for Daz, buying licensed music and more. You'll always know what I bought with this money. The game will evolve because of you. All previous awards. Special custom rendering. (Anything you want: scene, pose, character, environment.) You will have the ability to choose who the sex scene is in future updates. (As long as it doesn't conflict with the plot.)

Hello. I apologize for the absence. In the spring, I always have a lot of things to do that distract me from the game. In general, 60-65% is already ready. Not long left. I'm working on animation right now.
In the meantime, I will share with you a new image of Holly. In the next few updates, it will appear frequently.
Comments (0) loading...
Like(0)
Dislike(0)

SaVa_Game
Public post
News. Update 0.3.9a
Hello. I want to finally tell you what the next update will be about. Well, the next update will be a restart of the prologue. I have long planned to make an updated version of the prologue, with an improved picture and new dialogues. Here I have demonstrated how the awakening of the Protagonist in the hospital will look like. I've added some new scenes that didn't exist before. I completely rewrite the dialogue. I hope to reveal the characters, now, I will do better than the first time.
I'll add a couple of animations. I have been planning to add music to the game for a long time and now I think it's time.
Holly (prostitute) will have a new model, I will show her later. Holly will appear in the game more often. I plan to add it as a bonus for patrons. I want to immediately warn that Holly will appear until the moment when Woody asks the Main Character about her disappearance. That is, Holly will not appear in the latest updates. Her role will be episodic, not affecting the main plot. But her disappearance will affect the main plot.
My Patreon patrons have already seen some of the images from the new update. I re-created the Cobra base attack scene from the beginning of the game. I spent two weeks on this scene, the scene turned out to be very demanding. I tried to add logic, (a little more than last time), I hope you like it.
Pay attention to the image where the hands are present. I wrote a very entertaining scene. Of course, now I will not talk about it, you will see everything in the game. But I will say that I came up with it a very long time ago and wanted to add everything, now such a chance has presented itself.
So far I have not said much, because there is more to tell. You will know more in a few days. I will talk about how this update will affect the Main Character, about the relationship with Kate, about what secret the Main Character is covered by Rose.
Comments (0) loading...
Like(0)
Dislike(0)

St. Valentine's Day. February 14th is over, but this day left pleasant memories for MC and Kate. ...

$953
to reach
the Goal
A powerful graphics card. For a quick render, and fast release of updates.

Didi Esmeralda
Hello! My name is Didi Esmeralda. I am a freelance digital illustrator and I'm focus on drawing female characters. I enjoy drawing pin-up girls.
This website uses cookies to improve your experience while you navigate through this website. Continue to use this website as normal if you agree to the use of cookies. View our Privacy Policy for the details. By choosing "I Accept", you consent to our use of cookies.