PriceForFreedom
Price for Freedom: Avarice is an erotic cRPG set in the shared Price for Freedom universe. Enter our world in the role of Redic, a man looking to move on from his past and start a new life in the free trade city of Kaldea.
Nov 08, 2022 10:57 pm
Public post
This content was created for artistic and entertainment purposes FOR ADULTS ONLY and may include pictures and materials that some viewers may find offensive. If you are under the age of 18, if such material offends you or if it is illegal to view such material in your community please exit the page IMMEDIATELY. All depicted characters are fictional. No live victims were produced during this content creation and no harm was imposed upon any live creature. All characters depicted in sexual situations are 18 years of age or older and of the age of consent, even if it looks otherwise. Acts depicted are all consensual. 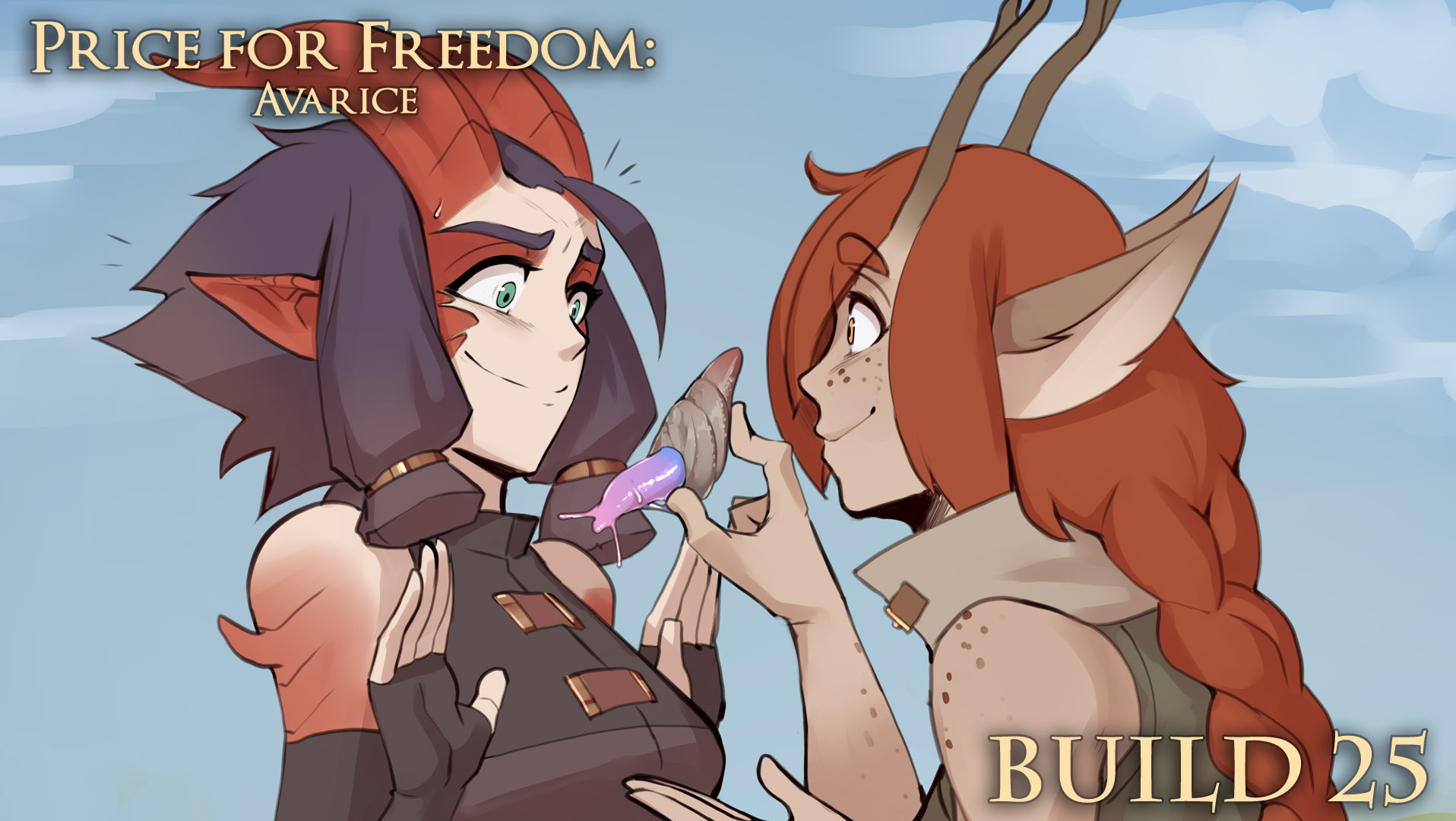 Sorry for the long wait, but here we go. This time we help Aya to hunt a Deer! We added a combat tutorial, two more soundtracks (one for Dee x Aya scene and Hiho's theme), reworked the Old Docks location, added the Monster Hunters inn location in the Old Docks, a bunch of new pinups to find, and a way to get drunk in combat! We are also adding a way to end the Osh'to tribe quest with the help of the Alchemist and Dee.

Aya was moved to the Monster Hunters inn, and she will wait outside when she is ready to start the quest. We updated the walkthrough.

On the technical side we switched our animation pipeline from Anima2D to Spine. It initially took a lot more time than planned, but should improve the quality of our animations, and hopefully this shows already with this update's Dee x Aya scene. We also upgraded our game engine from Unity 2019 to 2021, which may result on new undiscovered bugs. Let us know here or in discord if you find any bug or typo.