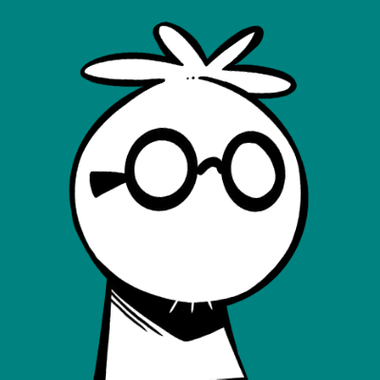 Subscriber senpai! You are the best!

"Ah, you know me. Keep up the good work"

Subscriber senpai? My eyes are up here!

"AH. YOU ARE SO AMAZING, I CANNOT RESIST"

SPANISH VERSION COMES OUT TOMORROW
Starting with this one, I'm gonna start putting my comics in imgur and cubari.moe for easier sharing and download, even if they dont get that many views :,).  You can get them there and put them in your galleries, reddit, twitter, anywhere. Just dont forget to give credit and leave the shill page at the end if possible, pls. :3

Some changes are being made.


Heya everyone. Hope you all are having a great day/night.
Sorry for the surprise announcement, but I wanted to put into the air some changes that I will be doing for the comic commissions starting now. But first, I need to put some context so you guys can understand why I’m doing this.
As many of you have noticed (especially if you are a patron of mine) I have been releasing less and less comics as time goes by, and surprisingly, despite the fact that I have released less stuff in the last months, I actually have been working probably four or five more times than when I had my monthly schedule. Then, how the hell is possible that I’m releasing LESS instead of more, you may be asking? Well, there are two reasons for that, and  both are 100% my fault:
1.- I’ve been putting more effort than usual on my recent comics.
This by using blender to make more detailed backgrounds, learning new software, and using a new coloring method that, despite taking more time to do, I legit believe it’s worth spending the time on, since it looks far better and it allows me to keep a more consistent style in the shading of each page.
2.- The amount of commissions that I have accepted, and my own mismanagement of priorities.
Now, this is the part that I need to explain further, because I think it's the one that has my hands tied, and I honestly cannot see the end of it anytime soon if I don’t address it properly.
As some of you know, I have been working on some comics that are made in collaboration with other people, all of them commissions. While some of them have been a swift sail through and through (the collabs with BlueversusRed, for example), the others…. Well, not so much.
You see, one of the ways I do comic commissions is by working on a page-by-page basis. That is, the people who want to commission me a comic pay me only to do a page every time they have the funds for it, and then we wait until they have the funds for the next one, and so on and so forth.
At first that seemed like a fair way to go, the problem is, however, that a common occurrence with this way of doing things is that the people who commissioned them in the first place, end up either disappearing or without the funds to continue it. Leaving me with an unfinished product that I cannot put on public display.
The issue is, that I end up with a lot of unfinished and unpaid comics that I simply cannot release for free, and I cannot work on them anymore either since, with a lot of them, the OG author just vanished. But in the meantime, I already spent a lot of working hours on these projects that have given very little in return, or that are being paid in dimes every full moon. Working hours that I could have spent in the commissions that were paid in advance or in the projects that put me on the radar in the first place.
And this state of affairs is starting to make me lose patrons and subscribers, since I’m not being able to deliver the series they actually want me to do.
So sadly, I have to announce two bad news. The first one is that I won't be taking anymore comic commissions with the page-by-page model. Either the payment must be done for a full comic in advance, or at the very least half of the agreed quota.
The second is that I will put on hold all the unpaid projects that I have at the moment no matter the level of progress there is in them. I will resume these projects as soon as one of the two requirements mentioned above are met.
I also won’t be accepting projects that are not well developed or don't have a finished script, or for which the author doesn’t have a clear idea of what they want (the ONLY exception I will make to these rules, is if the client gives me 100% creative freedom which is basically the model I have for Cherry Road atm).
Of course, this only applies to comic commissions, the regular illustrations, character designs etc, remain the same.
The patreon and the subscribestar have been put on hold this month, since, unfortunately, I have nothing to show again because of my mismanagement of times and priorities. Things will be back to normal by the end of december.
Thanks for everything, and I hope I didn't came up looking like a jerk! :P
Comments (0) loading...
Like(0)
Dislike(0)

Wips for the month.