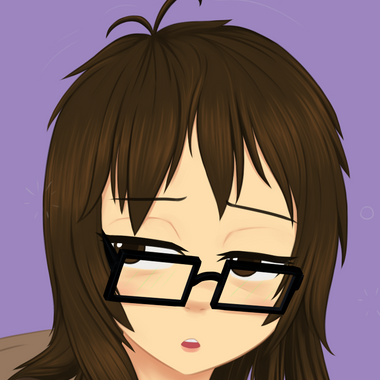 18+
MentalCrash
Pleased to meet you, my name is Andrey Flores Bello, mostly known as MentalCrash on the internet, I've been drawing comics and silly things as far as I can remember, but started doing TF art online back in 2011.
Subscribe
Send Message

I tend to keep all my posts public, or at least haven't seen a reason to add additional gate keeping via money, since I both post everything I draw on as many sites as possible, I might as well have people see it :>

If you feel like subscribing for the minimum, I'll be still be of course quite grateful.

Access to two internet folders, one for Loss Less format of my comics (HD) and one for any sketched version of pictures I'm working on (Both Screencaps and .jpg's of photos on the works), both folders will update constantly, I'll send you the info via private message, contact me to claim if there's any problem.

And another reward for SomariaMoon! Turned into a younger sister of Rias Gremory from Highschool DxD
Looks like another Soma had a problem with a spell going wrong, wonder where they keep getting these books of if its just a Soma thing?

Thaaaat's another reward for ya!
For SomariaMoon, continuing their set of Harry Potter pics, this time it is Harry himself getting hit by a Gender Bender spell intended for Ron. Now taking on more of Lily's appearance. I guess she still has James' bad eyesight tho.
Damn Ronald Weasley, you always run everything! Who casted the spell tho, I wonder?
Previous Panel
強制変身女体化性転換変換極上の乳BenderBoyToGirlChangeFemaleFeminizationGenderGenderBenderGenderChangeGenderSwapGirlM2FMaleMentalCrashMTFSwapTFTFedTFTGTGTransformationTransformedTSFRule63Rule 63Gender BenderGender SwapGender ChangetsfHarry PotterHarryPotterHarryPotterHogwartsGryffindor
Comments (0) loading...
Like(0)
Dislike(0)

It is time for another AGW Event! This one specially timed for April, April the 1st to be more specific, because... Well, April the 1st isn't just April's Fools, it is also an old oooold tradition:
Venus Day. The day dedicated to celebrate the deity of femeninity and fertility, it's kind of a double edged sword that the slots for this event will be opening on the 2nd though, good because that way you'll know for sure there's no April's Fools shenanigans going, and a bad because the actual Venus Day is on the first and not the second, but hey, we take what we can get I guess.
Summary
To explain things with this event it'll basically be centered around the classical idea of Venus, or to be more specific, the Venus Bodytype, which in itself is categorized as a fetish, a mature female body with a lot of emphasis on fertility and femeninity. Thick, full-figured women ripe with the hallmarks of sexual maturity.
The object causing the transformation would be, as seen in this picture, a clay figurine of a woman, which could be reshaped depending on what you want.
So, to summarize, thick, mature looking, child bearing age looking, voluptuous women.
You can see plenty of examples in the following link, mind you, most of them are NSFW.
Variations
Adding to the concept is the fact that there have been different types of ideas for the concept of Venus throughout the history of humanity, one of them Venus of Willendorf, a prehistoric female statue with heavy emphasis on a bountiful body, which of course still had it's main focus on fertility. You can see an example of it here.
The idea of variations also extends to suggestions, so if you have some make sure to write them down here, but you can get the gist of the idea from the summary.
To CommissionTo claim a slot message me on Discord on the 2nd of April, 22:00 CEST, it makes things easier to chat through the instructions and send references.

The pics can of course be a before and after if your character gets transformed, but just the "after" is perfectly fine too.KEEP IN MIND, Daylight Savings times has just changed from CET to CEST, so make sure to look it up in case time happens to be different now.PriceThe price will be 40 USD per character, meaning a before and after picture would cost 80 USD. Adding in too much detail though, with things like a lot of extra accessories will increase the price.
VenusAphroditeAfroditaGreekRomeRomanGoddessTFTransformationFemaleFertileFetishAGWAGBWArtist Girl WaterArtist Girl Bath WaterWomanTitsBOOBAMentalCrash
Comments (0) loading...
Like(0)
Dislike(0)

That has been another Stream Batch! Lots of emojis this time, for no specific reason.
1º TheUrbanLegend52 started this batch, semi twinned into Guinea from Interspecies Reviewers, mooing in clients into a brothel, never even think things couldn't possibly get worse, it's a universal rule :y
2º Redmond17 got TG+Demonified by his characters Sandy and Brittany Reswald, in demon form of course, being adopted as an scandalously restrained succubus. Children, always finding a way to hurt their parent's feelings.
3º PersonaPhones has joined the Garreg Mach, as Urban, HyperShadic and Viperwing did before, only Phones managed to stay a male. A very cute, femenine boy, but a boy nonetheless. Being offered an introduction to the other gals by Hilda.
4º LyhokoLeaci & TheRoseQueenAlexis got a... Kind of confusing sequel, or more than sequel I guess it can be considered an universe melding thing. It's the MCU? The MentalCrash Universe? Or I guess in this case is Yuuno's universe, anyway:
In the pic we can see Yuuno with a babified Alexis on her lap, this Alexis being the one who had regressed both myself and Mad-Hatter-Ison, alongside Hina Hana, another version of myself regressed by Yuuno and Liliana, a TG+ARed version of ijones12.
So, as this is quite complicated, you can see the pictures of each separated scenario here:
-Hina Hana
-Liliana, this same canvas, bottom left.
-Violet Rose
-Peri Rose
5º Masterhand0000 got another set of panels to their Gardevoirification set, trying out the Pokeblocks she had found in the previous set of panels, and of course having fully transformed into a Pokemon she'd find to be positively absolutely delicious!
6º jindujun93 asked for another bimbofied pic of themselves, having seemingly adjusted quite well to it by the looks of it, she looks happy, and frisky >:3c
7º PieGuy007 quite simply asked for an impified version of themselves, with quiiiiiiiiite the large butt :y
8º ijones12 & LyhokoLeaci got an expansion to a recent commission of theirs, basically adding a couple mid TF panels they couldn't commission in that batch since the list was already too full.
The pic shows Yuuno picking up another daughter, ijones was on his way to work when Yuuno decided to adopt her, it doesn't seem like the weight gain was intentional, or I guess she just kept the same weight she had before transforming? Either way, at least she doesn't has to go to work to walmart.
9º SomariaMoon, TheRoseQueenAlexis, MistressGonzy got another mom/daughter TF pic, what is it with this canvas in particular with all these "adoptions"?
Anyway, Somaria has seemingly turned both Alexis and Gonzy into little half twins of herself, while also quite pregnant with a third child, I wonder who could it be .3.
10º Nassley & torrez602 got a TG+WG set going, the first three panels, it's clear there'll be more going. T0T0 handed Nash a clay figurine, resembling the Venus of Willendorf, causing him to start shapeshifting into a fat girl, hoodie shifting into translucent clothes.
11º theheroofdarkness got a direct sequel to their pic from the previous FFA, showing both of us, our Reindeer selves that is, by an Onsen Spring, Tia still rather reluctant to get in, c'mon now! What's the matter? Is not like the water is cold :v
They also got a handful of emojis as you can see.
12º Nathan_B got a sequel to their PokeMoM pic from the previous batch. In which he had transformed into an Anthro Female Meowstic, this time turning GardeHexe into a Male Meowstic, she did need someone to cool after all I guess >3>
Mmm... Since the other pic is called PokeMoM would this one be called PokeDad?
13º Mad-Hatter-Ison & Infuscomus got another toonification pic! Infus has tried out the same Bendy coffee Madison had tasted before, though he doesn't seem to be annoyed by the transformation at all :y
14º deviantsnarkel got fairied! It wasn't enough with him turning into a shortstack girl before, now she's really really reeeeeeeally small.
15º IrateResearchers got a couple extra steps to their Whalefication set, didn't add the other five since they simply wouldn't have fitted in here, lol
You can see the other five steps here, these two are a mid step and a final step.
https://www.deviantart.com/mentalcrash/art/Stream-Batch-66-1-911098063
https://www.deviantart.com/mentalcrash/art/Stream-Batch-66-2-911098184
HuCowCowTFTransformationCowgirlTGTFTGSuccubusTrapFemboyARAgeRegressionMaleToFemaleBimboBimboficationGardevoirPokemonPokemonificationPokemorphTwiliImpImpificationButtLoliLolificationSequenceBOOBATitsMale to FemaleAge Regression
Comments (0) loading...
Like(0)
Dislike(0)

It's-A Sequel!
SomariaMoon having somehow been yanked out of his reality and turned into Draco Malfoy's younger sister, as much of a uppity bitch, pureblood petty princess I'm sure, as was mentioned in the previous panel I'm also around, as a Ravenclaw.
And as much of a rivalry as we may have of course still no one likes Ron.
Previous Panel
Next Panel
Harry PotterHarryPotterTFTFTGSomariaMoonSomariaSlytherinRavenclawWeasleyDraco MalfoyDracoDracoMalfoyGender BenderGenderBenderTGtsfMentalCrashTransformationFan ArtHogwartsFanart
Comments (0) loading...
Like(0)
Dislike(0)
See something you like? Subscribe to see even more!
Subscribe Now
The subscription gives you:

$490
to reach
the Goal
I used to do Kiriban Contests every now and then, last one was by the Pageview 4,444,444 on my deviantart account, reaching this goal would make possible to have these happen more often, as well as making other contests with free artwork as prize.
$990
to reach
the Goal
English: As many of you know, I was in born in Chile and currently live in Spain, should we reach this goal I'll set up a second deviantart account for translated versions of my work, ALL of it, existing and future, believe it or not it takes a while to even translate new stuff I do. So far the only place were you can find some of my work in spanish is in the website TGComics.com and that only for a bunch of my TG drawings, not all. Español: Como muchos de vosotros sabeis, nací en Chile y actualmente vivo en España, de llegar a esta meta abriría una nueva cuenta en deviantart para subir las versiones traducidas de mi trabajo, TODO mi trabajo, el actualmente existente y por hacer, lo creais o no toma bastante tiempo traducir incluso las nuevas cosas que dibujo. De momento el único lugar donde podeis encontrar parte de mi trabajo en español es el sitio TGComics.com y allí están solo algunos de mis dibujos TG, no todos.