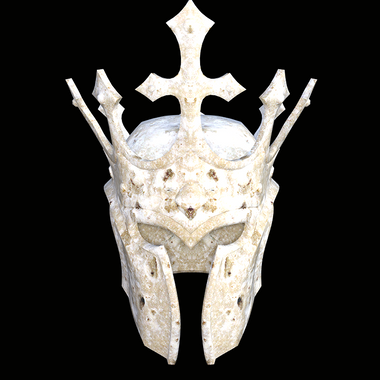 18+
Marblecrowngames
I'm a long time DAZ hobbyist and I'm creating The Last Goblin. A stealth RPG harem collecting game with a mischievous goblin main character. You can also see my artwork from the game on my Slushe page: https://slushe.com/MarbleCrown
AdultGames
Subscribe
Send Message

This is more of a bugfix/polish update than a content update, but it does feature Alina's intro scene as well as access to the Seaside district (East of the Docks). It also includes the first custom collectible render to find in game as part of the $20 Subscriber reward. I've also added some additional busts and portraits for characters who didn't have them before. Download links and the full changelog can be found below.

With this update done, I will be moving onto development of v0.3 which is the next major content update and will feature Cindy's full progression content and harem content. Thank you everyone for your support and I hope you all enjoy v0.2.1!

Changelog (Previous saves should be compatible)

- Added Alina's Intro scene in the Seaside District (bring some rope), 10 renders
- Added the Seaside District complete with guards and gold spawns.
- Added the first custom collectible render to be found in game as part of the $20 subscriber reward.
- Added busts/portraits for the following characters: Lady Galdenhoff, Priscilla Galdenhoff, Baron Galdenhoff and Lindis.
- The thugs from Melanie's arc who can be paid to remove guards for one night will no longer sometimes wander around randomly.
- Fixed more grammar and typos.
- Fixed various location issues.
- Tweaked guard sight lines in certain areas so that they're less likely to see you through impassable blocks.
- The text above doors that indicate the lockpicking level necessary to open them will now turn green if you possess the necessary lockpicking level or key.
- Fixed a few issues with gold spawns. 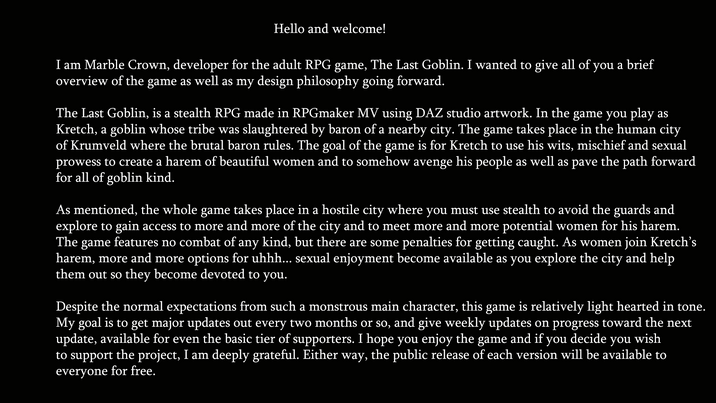 For teasers this time around we have upcoming renders featuring Cindy from v0. 3. I hope you guys...

Another week and another progress report. This week I finished the progression scene renders as e...

Hello all, another v0. 3 progress report. You may have noticed that I missed last week's progress...

Here is the first teaser for v0. 3 featuring the beginnings of Cindy's progression. I'm very exci...

This week's progress report is honestly much of the same. Progress has been steady for v0. 3, no ...

$112 of $600
per month
With this much support per month I can devote significantly more time into the project. At this point I would also invest in a newer videocard to vastly speed up renders.