The Tribe (LOK Team)
By proceeding, you confirm that you are
at least 18 years of age.
Yes, I choose to proceed
Cancel
Cancel

18+
The Tribe (LOK Team)
The Game: LOK: Rebirth is a high quality adult game in which you play as a young female lieutenant, fighter pilot of the Federation. Sent on a mission on an unexplored planet, nothing will go as planned...How will you fare on this hostile world? How will the natives welcome you? Will you survive the... particular flora and fauna? In this adventure full of dangers you will also find trustworthy companions, friends, and even lovers perhaps? But don't let your guard down, this planet has terrible secrets, and will affect you way beyond what you could imagine...
Nsfw
2DGame
Game
2D
Hentai
Subscribe
Send Message

Limited (1 out of 1) subscription
Limit reached
$1
per month

You want to show us your support and be well informed about the project’s progress. You’ll also get the latest version after two weeks of its launch.

This is your place if you want to shape the game as we go. Polls will be an integral part of the project as time is limited and some decisions will need to be made about which task to tackle first. You’ll also get the latest version one week after its launch.

You can’t care to wait for taking your spoils of war, and this extra dedication will get you the latest version of the game as soon as it is released.

Our clan of perverts owes you so much that anything we could do won’t be enough to reward you. Please, feel free to join us in our server for a friendly chat and give us your opinions and ideas.

Where we are compared to our plan, what will be released, and progress of the week

Where we are compared to our plan, what will be released, and progress of the week

As we approach the release, and that famous 5th week of the minimum time we’d need to deliver, let’s take stock of our situation, and what is done, and what is left to do compared to what we planned a month ago.
We wrote:

If we all work at maximum capacity, we’ll need at least 5 weeks to be able to finalize the content we planned for the release. How fast we can go depends as always on the amount of support we get, so thank you for supporting us in this.

Let’s now compare the progress for each item:
The plans we had and how much we completed
Here’s the original plan, marked in bold is the current state:
Animation priorities:
Characters planned in the next release:
Story likely included in the next release:
Milestone Goals:
Ok, so we did a lot, but we’re not there yet, let’s list below what exactly is missing:
We also had to add stuff in the middle (as you could see from the previous updates, and here’s some additional items we’d like to shove in if possible, or we’ll have to push them for the next release:
So what will be released in the next version?
We are determined to release what we have within the next week or the one after, and we’ll resort to cutting anything that isn’t complete.
As some people seemed to be confused about it, we’d like to reiterate the goal we stated in the first Monday post we published:

We are currently focusing our efforts to recreate one of the old locations from the previous version of the game: the Razorclaw village, where you’ll be able to move around and see the various characters idling around at different times of the day.

This means the whole game is of course not ready, but a first minimal version of it will be. As you see, creating many models and a foundation requires quite some time, and we’re also limited in hiring additional help by the amount of support we get, so this is the best we can do within the current situation.
No new NSFW scenes will be added in this release, as all the effort went into making the models first, but the 4 NSFW scenes from the tech demo will be unlockable in the new Memories section of the game.
As this was asked, we’d like to clarify that we're not giving less space to the NSFW content, we're preparing the ground to move on to the spicy content.
It goes like this: to make the NSFW scenes we need to have the models, so we're making the models first.
The models happen to also need the basic animations so that they can be found around the world, and engaged with, therefore we're doing them. To recap we're following this pipeline: drawings -> rig -> meshes -> basic animations -> NSFW animations.
When will it be released?
As we still have one week to work as per original plan, we’ll take that week fully to do as much as we can. We’ll try our best to complete the missing elements, and if the elements don’t belong to the main character, we’ll cut them and release anyway. It’s reasonable to expect this release between the 18th and 31th of January.
If the main character recolor takes more time, we’ll have to stall the release because it absolutely needs to be complete. Everything else can be more or less cut, or alternative clothing can possibly be used as a temporary substitution.
We encountered a problem with the arms of the characters that required them to be redrawn for all directions for all lizardgirls which has been a bug slow down. A 3/4 face redraw of the female characters also took place slowing things down.
What we did this last week only
As usual, here’s the detailed list of what was accomplished specifically this week.
Art:
Prepping:
Rigging:
Animation:
Code:
As you see, so much was achieved this week! Thank you for believing in this project, we could not have made all this without your support. We’ll try our best to do as much as we can also the next week!
Monday


We’re two weeks away from release. Theoretically, we should complete the needed assets and features this week, as per schedule, and start testing the build to remove the major bugs and polish it a bit so that it will be available for you to download the week after.
We had a meeting this week to check the state of the project and any last minute changes required. Compared to what we planned, we added way more features code-wise, but we’ll have to use several generic lizard models for now as placeholders until the art is made. As the effort required by the art department is huge, this comes as no surprise, but we hope you’ll still get to enjoy the new version as it takes shape.
For this version, the game will start with the protagonist already in her tent, waking up from a dream. The contents of the tent have to be Spartan for now, but we plan to enrich the environment in the following updates. Meiri will introduce you to the village, and several minigames and interactions will be available. As mentioned previously, we dedicated our efforts to develop the foundations of the game. NSFW content from the tech demo will be available in the memories section, so those of you who missed any of the 4 scenes presented there will be able to retrieve and enjoy them, and new NSFW content will be added in the next update. Please stay tuned for the polls that we’ll likely share on Discord in the next weeks!
Completedthisweek:
Art:
Prepping and rigging:
Animation:
Code:


Happy new year! As we all celebrated, we also progressed with the parts required for the new version of the game. We discussed the opening sequence and determined that for this release we are going to replace Golak with Meiri, since she will greet you first. A bandaged skin and Kay’s suit have to be added and this could possibly slow things down. (we’ll try our best to avoid the slow down, but skins for all 5 directions take time to make and implement, hopefully this won’t take more than additional week, ideally less than that.)
If you are on our discord you probably already enjoyed the new range of breast shapes designed for the lizardgirls, which are now complete (except for hairstyles) for all directions. Keakrix is also complete, as well as a new part of the village.
Animation-wise the efforts have been focused on completing more platforming movement: stealth walks and idles for male and female skeletons in most directions, and picking objects from the ground.
The launcher has been updated and the memories section is also ready code-wise.
2 or possibly 3 more weeks should be needed to complete and release this version of the game, then we’ll be able to focus on adding new NSFW content.
Thank you so much for hanging there with us.
Completed this week:
Plot:
Art:
Prepping and rigging:
Animation:
Coding:
See something you like? Subscribe to see even more!
Subscribe Now
The subscription gives you:

0.8%
collected
to reach
Hire a second artist. Our former stretch goal is quite outdated now, with the higher quality and ambitions comes more difficult and demanding work. By hiring a second artist we'll be able to vastly reduce the workload on Kuja, meaning we can make stuff faster. We cannot thank you enough for your continued support in allowing us to work on this project. Your patience and support will be rewarded in due time, but any further aid you can lend us will only make the future game better, and production of it faster. 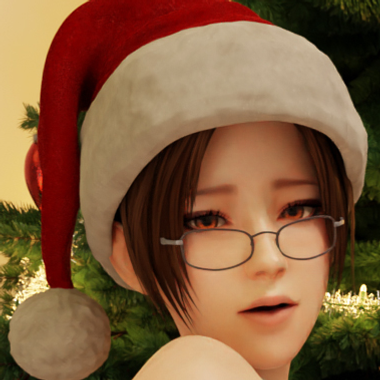