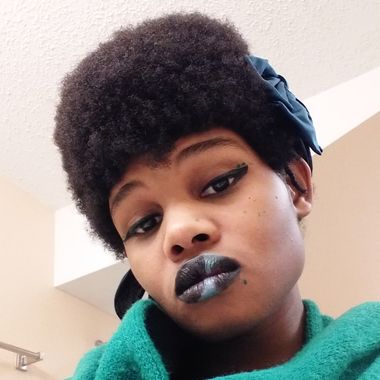 House Mystydjinn
By proceeding, you confirm that you are
at least 18 years of age.
Yes, I choose to proceed
Cancel
Cancel

18+
House Mystydjinn
I have lots of stories wrapped up in my pen. If you're nice, my tongue might share them...
Fantasy
Erotica
PoliticalCommentary
Literature
Subscribe
Send Message

This is the first real tier. Sub and you get to see my content a week earlier than everyone else! New tiers... Eventually

House Mystydjinn
Public post
Hullo! It's me your er... Wonderful barista.
As you may know, the fourth of September has come and gone and your libations are late!

And shorter than normal!

And I only gave you a lemon for Lucifer's sakes -you must be livid!
And so for that, I deeply apologize. My muse has been a tad bit fickle as of late.
However I do bring you good news as recompense. You will have a most satisfying potion this coming Friday as my experimenting with my clicking brew machine produced a number of exciting ideas that I think you'll enjoy.

And more than that you get two posts this week!

-Cue happy screams of the damned-

But this experimental group will be a bit stranger than the brews you've had from me before. So, while you wait for them to arrive I hope you offer me your patience and enjoy the other warm potations I've made for you <3
Brewing hot smut takes a bit more time than tea after all.

Not so far off into the future, but sitting beneath a different sky; one young woman, who by her own admission would have rather been asleep, sat dutifully across at her work desk with her face pressed up against the screen and tablet pen clutched tight in hand.
A commission artist, dutifully dressed in her uniform. Tangled, dark brown hair that hadn’t seen a brush in a good while, tumbled over small brown, shoulders; a faded, old, and oversized gray top with “The Sunny State” printed in bubbled blue lettering and little else. Worrying her bottom lip between her teeth, she contemplated her latest assignment.
Four days ago she’d gotten the request through Hublr, the strange love child social media site made from a pair of earth-based companies merging a few years ago. The request read:

3.5%
collected
to reach
When we hit this, I can get a decent microphone to start doing reading recordings with and I can upload audio pieces as well <3 I might even make a new tier!!!