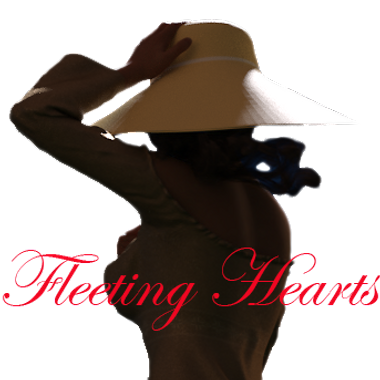 FleetingHearts
Brief:
About:
Currently I am a one person operation making adult content for your entertainment. However, this leaves a skill gap. One which must be filled by contracting out work. To achieve this we're on Patreon. Your patronage will allow me to put out the best possible product, and will only get better over time.

Council of Lies is an adult adventure game set in a fantasy realm. It is being developed in Rpg Maker MV. The game is intended to feature (possibly) four story routes. You will take control of Marie as she goes on her adventure to uncover the truth behind her fathers death. Will you succeed where her father failed? Will she be the same adventurous girl if she does?


Stretch goals are not currently in place within the Patreon campaign because initial goals of the campaign are not met. Stretch goal development would add considerable time at the moment, which would make primary development untimely.

This is an initial support tier. There are no benefits provided at this tier as of yet. It is intended for Patrons wishing to simply support our efforts.

-Gain access to our games alpha releases at this tier, one week after the $12 support tier. -Receive SubscribeStar game releases. -Receive updates, and progress reports on the game. -Receive a one time thank you from us.

-Gain access to our games Alpha releases at this tier. -Receive SubscribeStar game releases. -Receive updates, and progress reports on the game. -Recieve at least a monthly image exclusive to this tier. -Receive a one time thank you from us. -Ownership of a full copy of the game after two consecutive supports.

This master post contains all current links to posts regarding Council of Lies. Please refer to this if you are looking for any present or past posts.
Game Versions:
Latest v0.2.0d: https://subscribestar.adult/posts/380574

How to report errors or bugs properly:
Denote the operating system (e.g. Windows 10, Windows 8, etc.)
Copy the log from "CoL\www\Log.txt" and post it (may omit reporting obvious  dev bugs)
Describe what went wrong, or was found wrong
Describe what happened leading up to the error.
CouncilOfLiesSafeForWorkPublic
Comments (0) loading...
Like(0)

Glazing over the long gap since I had posted about the progress of the game, I will get right in to things.

I put together a new environment based off the layout of the library in the game. In the past the library was just a vignette, with essentially only two wall and a floor. This new environment gives more ways to place the camera, and was ultimately necessary for Jennevive's scene with Ben as imagined. This also means that I will be going back and re-rendering the scenes that had occurred previously there.

Since the creation of this environment (early last month), I have further revised Jennevive's scene with Ben. The original iteration even in it's incomplete form, I found to be less than satisfactory. I am now perhaps half way through both making and rendering this scene at this time. The scenes have been averaging 2 1/2 - 3 hours to render due to the new environment. And about 2 hours to simulate each clothing article depending on how close the figures are to each other or parts of the environment.

As for releasing an update of the game with Jennevive + Marie and Marie's night scene, it felt kind of empty to me. So in that regard I am waiting until Jennevive + Ben scene 4 is done in it's totality.

Some time has been spent on making a new outfit for Marie + Alexina. I don't readily have a preview for this as a result of it still being a work in progress texture wise. This outfit isn't being made from bought assets, so it is not something you will see elsewhere. It's use however is as a sort of exercise wear for the two to wear. As such you will be able to pass the morning time period exercising with Alexina, given that you meet certain conditions.

Along the lines of the last statement though, I very much have in mind that players need more ways to pass the morning time period. This due to the game opening up as far as routing goes during the early portion of the game. The current thinking is that you will be encouraged to go through four scenes with each council member, before then being encouraged to focus on only one.

Finally in the last month I lost about a week of work due to a hardware issue which I have since resolved. Though I put off further testing of hardware to ensure it's fully working capacity in favor of continued progress.

The last two weeks I was absent from both posting the game and getting any considerable work done. Some family things were dropped on my last minute the past two weekends, leaving me no easy way to work on renders or the game. However, things are still moving forward.

With the realization that some things were unaccounted for with the possible release candidate, some extra time was needed to correct them. Specifically, removing the cap on player events with council members has left me with some extra considerations to take.

All that said, work has been carried out on a 2nd night event for Marie. Originally planned for the end of the set of 4th scenes with council members. But will be included in the next update, or a subsequent version. As well, prep and scene work for Jennevive + Ben's second scene has been under way. This meant a revisal of one of the settings previously used in order to optimize the scene geometry.

I can't even recall how long ago, but I had transferred most of the characters to the genesis 8.1 rig. However, it was unusable due to an error with the base resources, meaning that I couldn't batch render anything using genesis 8.1. Though in the last two weeks the base resources were fixed, for the most part. Meaning that you will now most likely see this resource in many future scenes. To sum up what that means, better facial expressions.

On Friday, windows shit the bed on me with a registry error. It took a considerable amount of time to fix. Though it's not like everything is back as it was prior. Fortunately it wasn't any hardware failures, as that would really cripple scene creation.

Finally the twitter account for Fleeting Hearts has reached 50 followers. If you are one of those people, thank you. If you aren't, please consider following.

I was absent from both working on the game and posting about it last weekend as I had a friend visit. Further it had occurred to me that I could not recall the last day I had taken a break from working on the game in some way. So I felt it mildly warranted.

The Jennevive + Marie scene is actually completed, and I could easily push the game right now; however I have found an issue in 5 renders which are all just the same stage of the scene. So instead I will be rendering those before I push the latest scene update. This is still somewhat in line with updating the game within a more monthly time period, but I had hoped to push it before the very end of February.

There has been for some time a disconnect with the pubic hair I use for Marie. It was never evident because in most cases you can't actually see those parts of Marie. However, just today I fixed it to where the asset more correctly covers the pubic region. As well it now more accurately follows her privates.
PublicCouncilofLiesWeeklyReport
Comments (0) loading...
Like(0)

Spent some time updating and trimming the size of the character files over the weekend. In the past I kept fit control morphs on all clothing items for characters, as a just in case. This was partly due to an error involving fit control in the past. Removing these reduced the overall file size on each character file by half or more.

Marie and Jennevive scene 4 is nearly done rendering wise. I spent most of the weekend waffling about how to end it, since going certain ways wouldn't really fit Jennevive. Regardless by Wednesday it should be done. After which I will put it in the game and may just push it as it's own version update. After which I will continue on with Ben + Jennevive.

Most of my weekend was spent on a valentines day reward for patrons. At first it was meant to be small, but I got inspiration. So instead you'll be getting a small doujinshi (comic). So look for that some time on V-day.

Bootyclinic
Greetings! I am a professional comic artist and game developer who absolutely loves to tell stories. But I need a support for the adult parody comics I produce. All of these comics will be made available to all, for free, on my discord server: https://discord.gg/EPw3vfk
This website uses cookies to improve your experience while you navigate through this website. Continue to use this website as normal if you agree to the use of cookies. View our Privacy Policy for the details. By choosing "I Accept", you consent to our use of cookies.