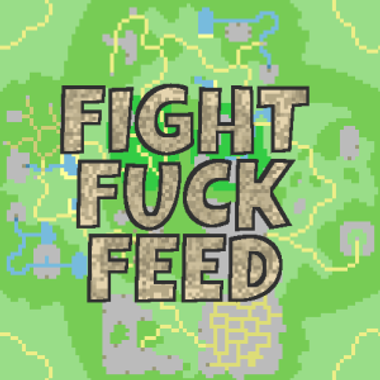 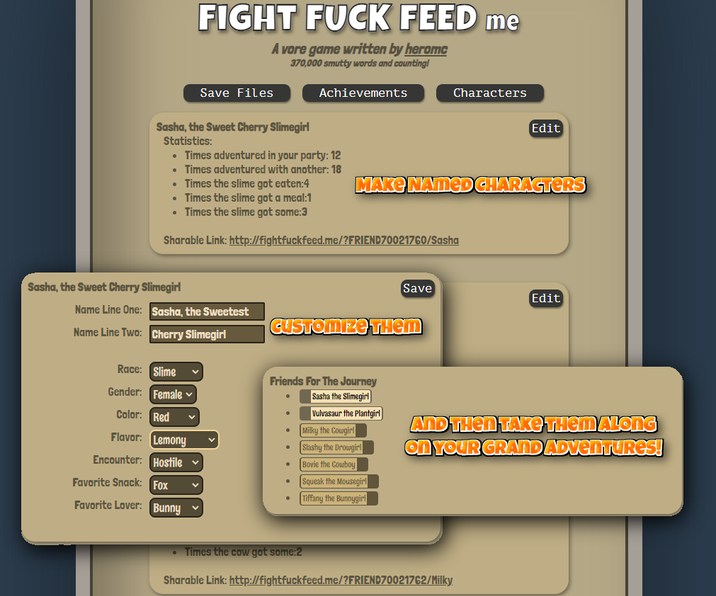 Subscribestar Game Login and other links

Wooo!! I just checked the wordcount, and it's finally crossed one hell of a milestone! I thank all of you for keeping me motivated. Cheers to hopefully hitting that seventh digit someday!

It's been a loooong time coming, but cockvore is finally out!

For anyone new to the game, all of this cumdrenched content and more can be yours by joining the Munchy Tier. It's just a buck a month, and it helps me spend less time at the dayjob and more time writing about hungry boners!

Alrighty, this month was damn productive! The alpha is nearly ready for official release, I got a new neato Fennec fox added to the game with a few different encounters where you flirt with em, and for what happens after. I still need to write more of last months species goal content, but I'll catch up this week.

I wrote a fuckton this month by my standards, and I'm hoping the content is still worth your support. We're nearing the half million mark for words written (492,000 so far), and I'll probably need to do something special for that milestone. If my logging is correct, the wordcount before this subscribestar launched was only 415,000. These 77,000 words are because of you, and are for you. I hope they've been as fun to read as they've been to write.

It's been downright humbling to be able to write so much instead of grinding away at overtime. I appreciate each and every one of ya for believing in me and this fun lil game.

This month, I'll have a pretty even split of writing to get done. For the longest time, I'd been too afraid to pick a side between fully furred anthros and skin showin' demis, but thanks to your support, I've been able tackle both sides, while also leaving it vague for those who prefer the simpler writing. I'll largely be focusing on the races with tails for this writing, but I'll certainly give drow/goblins/orks some love as well.