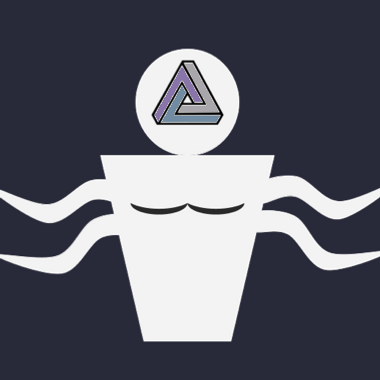 Hey again,
I wanted to post another update on the upcoming game! Some new content has been added, mainly in the penis menu (both anthro and horse). I also have made the first iterations of the rooms the player will be in, although there's some details here and there I'd like to change. Furthermore, the UI is starting to take shape, as well as the overall look of the game.
At this stage, the player's initial customization is about 80%–85% done. All of the basic features are there, but some still need to be either modified, expanded, or added (ie. height & bone sizing instead of blendshapes where necessary).
One of the biggest issues to tackle next is optimization. As you can see, the framerate struggles a bit with the fluid simulation when you start getting high volumes. Granted, I recorded this video on a 6 year-old MacBook Pro (it works fine on my gaming PC), but one of my goals is to have the game run smoothly on this computer on medium quality settings.
Hopefully, I'll be able to get a technical demo out in the next couple of months, but I'll be posting updates as time goes on. As a side note, the game is definitely taking place in the same universe as shifter. I've re-opened the wiki and will be expanding it for this game in the future.
Thanks everyone for reading!
F17
SneakPeek
Comments (0) loading...
Like(0)
Dislike(0)

This is now officially the subscription account to F17. Basically, Patreon was urgently trying to shut my page down and kept sending me non-stop warnings for NSFW content. So I'm here now! I'll be attaching basically the last few posts from Patreon here, starting with the last updated build from Shifter (This is literally copied word-for-word from the original post, so you probably won't want to bother reading it):

New testing build is here, and probably the last for a while. Basically, I've managed to lose almost all of my Patrons except for one over the course of the last month. I don't know why, I don't know what I did, but it's just not worth it to be spending the countless hours working on this game for practically nothing. So unless brought back by popular demand, 'Shifter' will be put on hold indefinitely. I'm sorry to any fans of the game.
But I'm not done with adult games yet. I'm going to be moving to a 3D project from here on out, as those seem to be incredibly more popular than their text-based alternatives at the present. Hopefully I'll be able to share some news on that sometime soon. As far as Patreon goes, feel free to cancel your subscription for the time being. I won't close out the page, as I'll still be active, but there probably won't be any new content for a bit as I work my way around Unity.
Thank you all for your support thus far, and I'm sorry to leave you on such a note. Attached to this public post is the final testing build of Shifter (most likely). There isn't much new content, but a new mini-game to get the custom forms is there. As always, though, I am at the will of you guys. If Shifter is the content that you really, truly want to see, I will most definitely provide.
Sincerely,
F17
A note for all testing builds: Testing builds may be buggy, glitchy, and not work properly. They are intended for Patrons to be able to test and give feedback on new additions. They do not represent the final state of the game, or even the next build. Feel more than free to reach out to me with any questions, concerns, suggestions, or criticisms.
Shifter0.1.1.html
NewsTestingBuildV011
Comments (0) loading...
Like(0)
Dislike(0)
See something you like? Subscribe to see even more!
Subscribe Now
The subscription gives you: