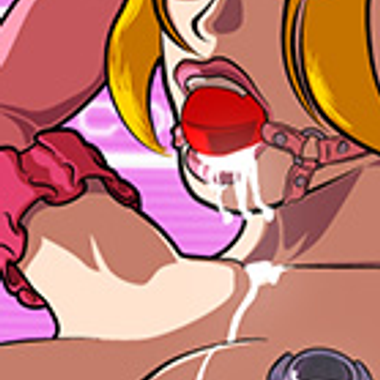 Not much of a description here. If you like the games I create, and want to contribute, this is the tier for you. If you want to pay more I'm not stopping you, and I'm grateful for every help this project gets. Thank you!

I just want to play

With this tier this you'll be able to help support our continuing development, and gain access to the patreon pre-release builds/patreon section of the discord. It ~replaces the old "Be a Patron" 1$ tier, save that it does not allow voting.

With this tier you'll get access to the pre-release versions/discord, and will be able to vote in all polls.

Well, a game about a guy getting in touch with his feminine side would be not a very good game, if it lacks clothing. Subscribers can (and should) send me their wishes or ideas for clothing to add to the game (but don't overdo it. Game Development is a finite resource :D) A few will be selected (randomly) each month and added to the next release of the game (or a few releases later, depending on how many stack up).

With this tier you'll have access to pre-releases, be able to vote AND be able to make suggestions for scenes/items to be included in polls (for example suggesting which scenes should be candidates for illustration, or suggesting new items, or the recent "corporate retreat" polls where some of the beach activities were suggested by Subscribers).

With this tier you'll have a greater input into future content, being able to access pre-release, make suggestions for polls, and have your vote counted 10x normal. In addition 1 member at this tier per month will be selected to suggest a small scene (1-3 passages) to be written into the game.

With this tier (limit: 5 Patreons at a time) you'll be able to have direct input on the game, with the same basic features as "Outsized Influence" (pre-release, 10x vote, suggestions in polls), but you'll also be able to dictate 1 item/month to be added into the game.

Limited (1 out of 5) subscriptions
Subscribestar
Unlock

Password: secretary
Important:
If you find any bugs, please report them on the games Discord Server Bug section. Optimal would be if you also post a save game short before the bug or when it does happen. You can join the Server [here]. There is also a pinned post in the bug section where you can download the newest build.
Comments (1) loading...
Like(0)
Dislike(0)

Password: secretary
Important:
If you find any bugs, please report them on the games Discord Server Bug section. Optimal would be if you also post a save game short before the bug or when it does happen. You can join the Server [here]. There is also a pinned post in the bug section where you can download the newest build.