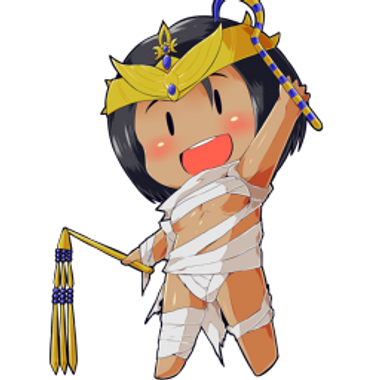 Cursed Atelier
By proceeding, you confirm that you are
at least 18 years of age.
Yes, I choose to proceed
Cancel
Cancel

Foremost, thank you for considering supporting our project.


We're Cursed-Atelier, a small indie studio working to create "VoidBound", a 2D RPG game based on the RPG Maker Engine. We've been in existence since December of 2018 and have been toiling silently to bring our game to life. Our founders are experienced members of this field and have been part of multiple JRPG localization projects over the last few years.

Earth is sucked into a war between alien species, and the heroine has to venture to worlds never before seen by mankind to find a way to stop it. The game is a sci-fi ero RPG with a focus on variety in combat mechanics.The character’s abilities will be determined by a wide variety of equipable weapons, psi amps, and support gear, and each combat area will have its own unique spin on battles.

Actually, we did not. We're entirely self funded and expenses are paid out of the pocket of the founders. The reason we never floated ourselves on SS before was because we did not want to come across as one of many other crowdfunded projects that promise rosy figments of imagination but deliver disappointment. Our primary aim was to first create a demo of our game;  a proof of concept that our vision exists and that players are more than welcome to take that vision out for a spin.

The reason we're here now, is because our demo is finally out for the public evaluation. At the same time we've painfully come to the conclusion that self funding has its limits and if we want to speed up our development cycle and integrate more ambitious ideas, we must request the support of like minded gamers.

Absolutely. You can head over to our website and peruse through all of the informational content in much more detail. Additionally, you can also browse through quiet a few art assets that will give you a glimpse into the world of VoidBound. Finally, you can get in touch with us directly through Discord if you have any other queries.

I'd like to try out VoidBound. Do I have to pledge support before I can though?

Not at all! VoidBound is currently free to try and will remain so during its development cycle. We'd love for you to try our game before you make the decision of supporting us. The link for our current build can be found in this post here.
Yes you do! In addition to our heartfelt appreciation, each and every patron will be immediately granted access to a growing list of exclusive content that may include:


For the exact info on what rewards you'll get, please head over to the tier section and browse through the various benefits that come with the specific support tiers. We also plan to add something special in the future but for now we will be keeping a lid on it until we're ready to show it off in action.

We sincerely hope you will find our efforts worth your time and choose to join us on our maiden journey across the stars.

We welcome you onboard our maiden flight through the stars! You get to enjoy:

⋅⋅ The good feeling that comes with supporting our little dream and the benefit of being informed in advance about all the new features we plan to implement in the game.

⋅⋅ If you choose to continue supporting us and rake up a total of 20$ overtime, you'll be eligible for a copy of VoidBound free of cost upon final release. [This progress is NOT lost with tier switching]

Thank you for taking a chance on us! You get:

⋅⋅ All the benefits of the Curious tier.

⋅⋅ Exclusive access to many of the roughly colored sketches.

⋅⋅ An opportunity to snag the game one week before the public launch.

⋅⋅ If you choose to continue supporting us and rake up a total of 20$ overtime, you'll be eligible for a copy of VoidBound free of cost upon final release. [This progress is NOT lost with tier switching]

A big virtual hug your way for considering us worth your time! For that, you get:

⋅⋅ All the benefits of the Observer tier.

⋅⋅ Exclusive access to many of our high res art.

⋅⋅ Exclusive Discord channel access to have your questions answered by our dev team.

⋅⋅ Your names will be mentioned under special thanks on the website.

⋅⋅ An opportunity to snag the game two weeks before the public launch. Additionally, if you choose to continue supporting us and rake up a total of 20$+, you'll be eligible for a copy of VoidBound free of cost upon final release. [This progress is NOT lost with tier switching]

A princely place to be, if you choose to invest in our dream to this degree. You''ll receive:

⋅⋅ All the benefits of the Adherent tier.

⋅⋅ Exclusive Discord based opportunity to spend quality time with our dev team at the end of the month(1-2 hours).

⋅⋅ Our artists break out their pencils and give a live stream of them working every now and then.

⋅⋅ Special consideration for your input when game related polls/decisions are floated to the public.

⋅⋅ Your names will be mentioned under special thanks in in-game credits and the website.

⋅⋅ Finally, for your kind and generous support, you'll get to snag the game three weeks before the public launch and completely free of any additional cost.

Hey, guys! The release is inching closer and closer, being only two weeks away for those among th...

Cursed Atelier
Public post
Hey, guys!
The next update is right around the corner! It will add three new areas on Henosis and over 250 new images with music tracks. As usual, the different tiers will get their hands on it first before the public release. I hope you guys are excited for it!

Hey, guys! In the next update, there will be quite some new scenes and variations. One of these c...

Happy New Year from everyone at Cursed Atelier!

I like to take this opportunity to thank all our fans, whether they be supporting us financially or by word of mouth. You won't be disappointed by the many updates to come in 2021.

As for our first update, we hope to  release it in January, which will feature a repeatable event (with custom music) with multiple outcomes that add over 200 images (with variations), and 3 new areas on Henosis.

Hey, guys! I think I mentioned the bar mini-game that you can partake in during the next schedule...

Hey, guys! The bar mini-game is coming along nicely, and along with it, various scenes where cust...

Hey, guys! More assets are being drawn lately, so I hope I'll be able to show off even more of th...

Hey, guys, No worries, we are still alive and well. As we're busy working on the next update, the...

The day has come! It's finally time for you guys to play our newest build. For anyone that's interested, we compiled a list of all the changes that this current build has compared to our previous build along with some bug fixes that we did recently.

But we know that most of you are just dying to play the new build, so you can dive in right away if that's your fancy. It's important to note that save games from the previous build are no longer viable. However, when you select a new game, there's the option to dive into the new content from where the previous build ended right away.

Keep in mind that you might miss some additional improvements that we did to the content of the previous build if you decide to do so. With that all being said, I hope you enjoy our newest build! And if you happen to find any bugs, typos or anything of that nature, please go to the appropiate channel in our Discord server to make us aware of it. Have fun!

- Fixed crash on loading a save at the side view map.
- Fixed a missing image call during battle.
- Fixed a crash when a choice pops up during a dialogue.
- Adjusted Guard behavior.
- Fixed false error call on start up.
- Adjusted precache loading.
- Adjusted combat balancing.
- Replaced Enter/Cancel/Loading SFX.

Gameplay changelog 0.2:
- Added the option that players can knock out enemies from behind for a period of time
- New dungeon and various new areas.
- New dungeon enemies and bosses.
- 2 Boss fights.
- A new obtainable weapon. (Not useable yet.)
- Complete overhaul of all the existing lighting system. (Old dungeons feature new lighting.)
- New skill "Dash" for Caly in combat, for better and faster mobility.
- Added functionality for enemies to leap forward or backwards.
- Added Sideview maps with custom sprites and animations.

Hey, guys! Now that the observer, adherent, and benefactor tiers had the opportunity to play our ...

Hey, guys! Now that the adherent and benefactor tiers had the opportunity to play our newest buil...

Hey, guys! We're all pretty busy preparing for the upcoming release of the next update, so there ...

Hey, guys! With our next update on the horizon, it's time to showcase yet another district namely...

Cursed Atelier
Public post
Hey, guys!
It's finally official! Caly is flying to Henosis in our second update at the start of next month, and our supporters from varying tiers will have the opportunity to play it before it goes public. I hope you're all hyped for it!

Hey, guys! This isn't what you would call a "sketch" per se, but this is what a certain bartender...

Hey, guys! I'm glad to announce, that in our next update, we're gonna include some stealth sectio...

Hey, guys! It’s a big galaxy out there, and it’s getting bigger. In stark contrast to the actual ...

Cursed Atelier
Public post
Hey, guys!
I'm glad to say we finally reached our first goal with our Patreon and SubscribeStar funds combined! It's thanks to you all that we managed to reach this point, so I wanna take this time to thank all our supporters for their great contributions! It really means a lot to us!

Hey, guys! When you played the demo, you probably noticed the enemies have the possibility of res...

Hey, guys! I bet you all remember how Caly was trying to protect her dignity by wrapping a towel ...

Hey, guys! Nothing more to say other than the progress is going smoothly! More H-scenes are being...

Hey, guys! Another month has passed, so it's time for another developer diary! We can't really gi...

Hey, guys! Those of you that played the demo, probably already fought the boss in the dungeon on ...

Hey, guys! You all have been introduced to Dr. Cava (placeholder name) in earlier concept art as ...