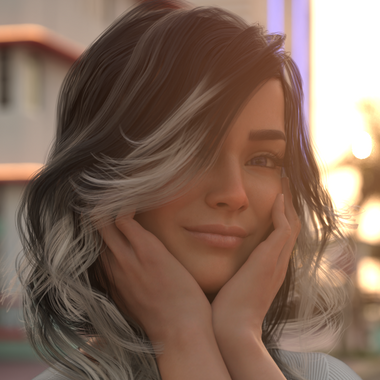 SS-Tier I Supporter role on Discord.

SS-Tier I Supporter role on Discord.

Thank you so much for your support!

Preview of some Finders Keepers renders

Thank you so much for your support.

Access for "Finders keepers" poll (Vote for girl to be featured in next chapter's "Finders Keepers" renders.)

Thank you so much for your support. You're the best.

You can request monthly custom render featuring any characters in any non-offensive situation.

Thank you so much for supporting us. You're the best of the best

Heya guys! Deadpool here!
This week been really REALLY busy. I've been adding sound effects for the scenes and also added some good stuff as a warning screen for you guys and also there's a surprise at the end of the prologue for my patrons, former patrons and the honey bunches who helped me throughout the journey.. I'm making it sound like a ending but it's just the beginning actually...and this surprise will be there until end. And I know I told you guys I'm planning releasing the rework on Aug 15 but I decided to do it before 20th of August.  I set up a deadline for myself to complete all petty tasks to complete on reworking and it's just keeps on adding up.. it's either a render looks not good or I crash the game build by trying something new.. Imma just shut my hyper active trap for good and just go on with what I got to just tell you guys this story clearly... And I'll post some scrap renders coz I re-rendered them again..i deleted a lot of scraps most of em just got cancelled after and while rendering. I'll post some which made to the folders and some even went through post work.. but that's after prologue coz it may or may not spoil some scenes from the prologue.
I'll see you guys before 20th of August. Until then catch up with you on discord or Will meet with you with the release.

Okay I'll be giving you guys a weekly update on progress from now on I know I said this before and really didn't do it but this time I'm sure I'll be giving you guys weekly updates on the progress probably in Weekends and will try to be more transparent with progress. This week been busy for me... both in personal and with the game... So I been rendering and Post working 0.1 renders and totally recoding the script of the game. We lost some supporters because of my laziness, dealing some family issues and some said they didn't really get the story. like I said earlier I've added some more scenes to make the story clear or at least little bit clear for you guys to understand what's going on. I decided to release reworked prologue as a public release. That's the fair thing to do coz I released the old version for free too. And it's gonna be this month for sure. I planned on August 15 but we'll see how it goes. There's lot of electricity shutdown going on here. believe me or not the electricity was out while I was writing this post. Perks of being a third worlder I guess lol. This post supposed to posted yesterday but here we are. Chapter 01 will be released few weeks (of course Patron-only) after prologue so don't worry I won't take much more time. and I'm planning on releasing it in part wise like two parts in each chapters and Got some Special previews for patrons will post later.. So that's it. See you soon with the prologue or next week's dev log lol.

$150
to reach
the Goal
I will Make a Special series of wallpapers if we reach this goal!