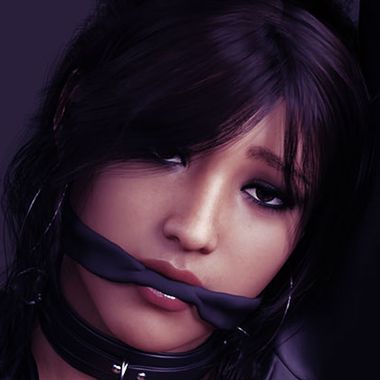 Roomies - The story of Alex and her roommate Kira, in which Alex dominates her shy roommate and forces her to become her submissive sex toy.

Kayla's Summer Break: Sex Ed - The story of Kayla's fever dream about being back at high school and publicly humiliated by Tyler in front of her class.

Roomies is the standard comic that will be run, with KSB:SE and other ideas taking the slot at various points during the year based on fan voting.

I've also added a free tier for those who just want to subscribe to the free news posts and be able to vote and comment on discussions for future content they might want to see.
You can check the images below to see examples of each type of content you can expect.

I wanted to talk a bit about how the SubscribStar is going, now that we've reached 6 months.

Overall I'm incredibly happy with how much support I've received, we've reached 500 subscribers (250 Free, 200 Plus, 50 Standard), which has greatly exceeded my expectations when I started it, and makes it definitely worth the effort.

While it has reduced the time I can spend on making full length comics by a week per month, the tradeoff seems worth it, and it's been fun rather than stressful to switch back and forth between stories in progress. When I started this, I wanted to make sure the value felt good for the money, but didn't want to overpromise what I could deliver and add a ton of stress with what is essentially a 3rd job.

Since things are going well, I'm happy to announce that going forward I've decided to switch the two pinups each month for plus subscribers to full pinups with backgrounds, frequent M/F dominance, and a story blurb. In order to keep the amount of extra work reasonable, the two pinups will take place in the same new environment each month, either two ideas within the same theme, or two completely different ideas that happen to take place in the same environment.

The first pinup in this new style will be the July 7th pinup.  I hope you are excited about this content improvement, and thanks so much for the support!

KSB:SE Part 2 has been wrapped up and will be posted on July 1st.  At the beginning of Part 3, having dominated Kayla and ensured her obedience in Part 2, Tyler will take her back to class wearing her cheerleader slut uniform to give a lesson on how submissive pet slaves should be treated. If you have any fun ideas on how Tyler can humiliate Kayla in front of her classmates, please post them in the comments and I'll keep them in mind for Part 3 next month.

I'll be switching back to BT1 in the next few days and start working on the panels that tell the story of how Lucas' blackmail scheme develops and Ms. Banks' resistance to his efforts.
Comments (0) loading...
Like(7)
Dislike(0)

This pinup was inspired by a screenshot from a JAV Attackers video of an asian slave girl being t...

The blackmailed teacher comic is making great progress, with 12 pages completed already. After giving her glasses in Lucas' daydream (signified by the white glow around the panel), I decided to go back and give her glasses in her normal outfit as well.  Next up on page 13 is  when Lucas' plan to blackmail his teacher into becoming his sex slave is put in motion.

For the next week however, I'll mostly be working on Part 2 of KSB:SE to release on SubscribeStar on July 1st.
Comments (0) loading...
Like(6)
Dislike(0)

I've had this idea floating around for a while for a game involving boys trying to capture coed b...

MrDots Games
Hi! Welcome to our SubscribeStar page. We're a team dedicated to creating Visual Novels. We like to create stories that focus on romance, slow build, and character development. Discord Link: https://discord.gg/DKhZGFr
This website uses cookies to improve your experience while you navigate through this website. Continue to use this website as normal if you agree to the use of cookies. View our Privacy Policy for the details. By choosing "I Accept", you consent to our use of cookies.