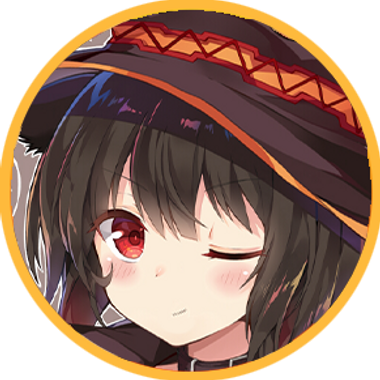 People like you make it possible for me to develop this game! Thank you so much!

You're the real OG, and I want you to know that I appreciate you!

Starting with this tier, you will receive access to exclusive previews and some behind-the-scenes stuff. Oh, and your name will make it into the game forever!

Holy moly! Thank you for buying me a whole lunch!

Starting with this tier and up, Patrons will receive early-access to new versions for a week before they go public.

You are far too generous and way more useful than Aqua! Thank you!

Starting with this tier, you'll receive access to exclusive photosets, wallpapers and renders that didn't make their way into the game.

You are the bomb! Thank you for believing in this project!

At this tier, your voting power rises to 3x, and you'll be able to give a name to a monster in-game.

You are a saint among the living. I will establish a new religion in your name. Thank you so much for your support!

With this tier, you will get a VIP Badge in the game credits for life; a custom Discord role & color, also for life; will be able to give a name to a monster in-game; and finally, once per month you'll be able to request a custom render tailored just for you!

Meow! With this tier, you'll get my everlasting gratitude for funding our little game! You're the best!

Your voting power is a 5x! Additionally, you'll get access to prerelease test builds, will be able to name TWO monsters of your choice, and receive TWO renders per month tailored to your request!

Adventurers, the time has come!
v0.1.3 is now in Public Access! You may find the full list of changes below the download links. This version is a huge one, and the changelog reflects that.
Don't forget to join our Discord server and consider becoming a Patron! For the duration of April, I will be running a fundraiser for the Ukrainian Red Cross! 50% of all new pledges and upgrades will go towards them (or another  charity, if a better one presents itself at the end of the month). Now   you can support the game development and help out my home country in  one  donation!
v0.1.3
Win/Linux: MEGA | WorkUpload
Mac: MEGA | WorkUpload
Android: MEGA | WorkUpload

v0.1.3
The main focus of this update is polishing and expanding the existing gameplay systems.
The story centers on developing the relationships with Megumin and Chris, as well as setting up the foundation for future events with Yunyun and Rin.

Technical:
- Completely redesigned the main menu and the game menu
- Items now have rarity levels which will be correctly displayed in the inventory screen
- Usable quest items will now be marked appropriately in the inventory
- Numerous screens are now animated and more responsive to user actions
- Made changes to the quick menu, hopefully making it more noticeable and removing redundant options
- Added an XP bar to the inventory. You can now track how close you are to hitting the next level!
- Added gifts that you can use to raise your affection levels. You can find them or buy them off of Wiz.
- Added Effects and Animations options to Preferences menu that the player can turn off in case the game isn't running well on their device.
- Added a Reputation system; choices that you make may now change it, affecting the way the other characters will see you.
- Added a What's New screen to showcase new features after an update.

Adventuring:
- Replaced recurrent quests with Quest Director system, which will generate a random layout for each adventure you embark on. You can now choose which room to proceed to, allowing you to choose to avoid encounters or seek them out.
- You will now receive a popup message explaining why you can't use a skill, for example when you're out of mana or there are no valid targets
- Monster names will now be shown in target selection screen and during enemy turns
- With every hit, the monsters will flinch ever so slightly to emphasize impact
- Added animated backgrounds. Now the fog in the dungeon will move as it's supposed to
- The chance to hit is now displayed when selecting a target
- Added a new type of miniboss: Skeleton King! You can find these formidable opponents in the tomb, but watch out: they excel at commanding their undead troops.
- Added a new type of enemy: Foxes! They're cute. That's about it
- Added collectibles. Keep an eye out for it!
- Added a new type of curio: fishing spots!
- Added a new type of curio: buffing and healing stations!
- Added a new animated popup to display item drops
- Clearing combat encounters can now provide loot
- Adventure buttons will now indicate the contents of the next room
- Added new reactions from party members to different events

Balancing:
- Direwolf miniboss can now use an AOE ability to increase dodge of the enemy party.
- Added Mana Potions, which can be found or bought at Wiz's store.
- Kazuma's Snipe now deals 30% more damage.
- Aqua's Turn Undead is now an AOE skill. It will also display an additional visual effect.
- Skeleton's HP reduced to 85.
- Aqua's Heal now heals for 20% of a unit's max HP, plus 20% per each boost point spent.
- Aqua's Heal can now overheal units. However, it can't target units with full HP.
- Reduced Aqua's base strength by 2.
- Healing Potions can no longer target healthy units.
- Killing monsters now grants experience.
- Increased the amount of Gold that can be stolen from the Mimic to 350.
- Chunchunmaru.

Minor changes:
- Minor adjustments to Aqua's, Megumin's, Yunyun's, Luna's and Rin's models and visuals.
- Megumin's Explosion will now shake the screen and create an additional Explosion visual effect. A really really cool one. Thanks Leon.
- Updated Megumin's Explosion visuals and sound effects.
- Mimic's attack sound is now the chest open&close sound from Minecraft. Thanks Fjalar.
- Updated the visual effects for all normal attacks.
- Added a new visual effect for Boost level 2.
- Set the default character-per-second to 135.
- Added a tutorial arrow which will point to some things on the screen during tutorials
- Added a popup screen for when the player levels up.
- Added a Return button to adventure, allowing the player to return to the city outside of combat.
- Clicking on Construction will now prompt for confirmation instead of going straight into it.
- Compressed some less-used assets to save some space.
- "Polar Opposites" will now take prevalence over Succubi Cafe event when exploring the alleys.
- "Hecking Paperwork" will now require you complete "Gather Healroot" quest first.
- "A Business Arrangement" will now require a Salmon in your inventory
- "Long Live Sexual Assault" will now grant Bear Trap item, and if you decide to steal from Chris, a Panties item.
- "Extracurricular" will now require you see "Parenting"
- The bonus event in which you repay the debt you owe to the city will no longer show up in the tracker until you trigger it.
- When displaying the list of requirements for an event in event tracker, completed requirements will be marked with a checkmark.

Great news, adventurers!
First of all, the Opening Movie is now published on YouTube! Make sure to give it a watch and I hope you like it ;)
https://youtu.be/S31frudk7y0
Second, the Supporter Early Access Release for v0.1.3 will be happening tomorrow, on 04/12/2022. The public release will happen a week after. Keep an eye out for the new posts!
One more thing! For the duration of April, I will be running a fundraiser for the Ukrainian Red Cross! 50% of all new pledges and upgrades will go towards them (or another charity, if a better one presents itself at the end of the month). Now  you can support the game development and help out my home country in one  donation!
Wish y'all a great Monday!
V013PreviewNews
Comments (0) loading...
Like(0)
Dislike(0)

The upcoming v0.1.3 update is shaping up to be the biggest yet,  and while I'm hard at work making it a reality, I wanted to give you an  idea of what changes you should expect.

As per the patron poll held a couple of weeks ago, the characters that will receive new events in the version are Megumin, Chris and Yunyun.  There are a couple of main events planned as well, but I will not be  divulging any more details pertaining to the story. What you might like  to hear, though, is that a certain existing character underwent a visual  revamp, and another one got her stop-frame animations replaced with  video animations.

The main thing I'm focusing on in this update is polishing the existing  systems and revamping the adventuring experience. Up until now, it  lacked depth and there was little to no incentive to venture on an  adventure unless it was important to the plot. Providing positive  feedback for completing a quest and slaying monsters, adding a degree of  randomness and allowing the players make more meaningful decisions  outside of combat are some of the many ways I'm employing to address the  issue. Updated visual effects and new curios (objects you can interact  with) are on the list as well.

The "Recurrent" (repetitive) quests are going away, replaced by a new  Quest Director. Every time you undertake a quest, the new system will  generate a random adventure layout for you, allowing you to choose your  own encounters and feel like you're exploring a location instead  of running in a straight line. While they won't be vital to the main  plot, the new Situations will only occur during exploration... and have I  mentioned collectibles?

I've also taken into consideration concerns about the balancing. The  levels/experience progression has been revamped, some skills buffed or  changed, which should hopefully make them more viable.

That is all I have for you today. If you're a Patron, keep an eye out for the previews of the new or updated content either in Discord, or here on Patreon.  If you're not a Patron, consider becoming one to get more details about  the upcoming updates and get early access to it when it's released!
DevlogNewsV013
Comments (0) loading...
Like(0)
Dislike(0)
View previous posts (6/7)
See something you like? Subscribe to see even more!
Subscribe Now
The subscription gives you: