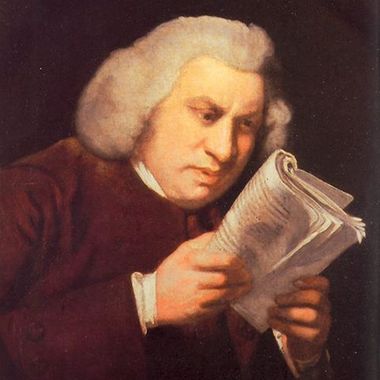 18+
Fiction Is Not Reality
Anti-censorship, anti-thought crime, pro-kink, ship-and-let-ship. I've spent the past few years writing on the topics of censorship, thought crimes, paraphilias, and fandom discourse on my blogs (mainly dreamwidth and tumblr, respectively with the handle fiction-is-not-reality and fiction-is-not-reality2). Content compliant with US laws. For a convenient reminder, see baraag's about page.
Subscribe
Send Message

For those who want to comfortably receive notifications when there's a new content update, this is a formal 0-tier where you can subscribe without needing to pay a monthly fee.

Aimed at those who'd like to leave a monthly tip, either in support of my blog content, or for ts4 cc, or because you're just nice and you like me uwu

I have another requested pack for you all. For this one I should actually apologize because it took me forever and I have no excuses. Absolutely none. But better late than never? So with my heartfelt but excuseless apologies, this one is for another fellow ATFer.

Theme is...obnoxious showing off? Peacocking? Making people regret they ever met eyes with the kid? Whatever it is, that's some mighty confidence in there.

Characters are recurring, in case anyone is following my accidental background lore. The blonde loli is the same one from the Jealousy pack (on top of being used for Linnea's Day on baraag), the dudes are from the same household as my adult+loli model that I have used in all my other packs (I usually have them as backup testers), the woman in the first screenshots is the same unfortunate victim of the Third Wheel pack, the second loli is also from the Third Wheel pack, and the woman in the last pose is from the Watering Plants pack. Such a small world.

Pose 1: Poor dude took a little too long to get the ice creams.
You'll need two accessories for the second guy, I have added the links to get them in a text file. The pose works on benches too.

Pose 2 and 3 and 4: Showing off, plain and simple. I feel like that woman will give up on dating for the foreseeable future.

Pose 5: Bragging about his size to her friend. Is she telling the truth? Only one way to find out.

Pose 7: Nothing to see here, a very normal conversation at the table.
Teleporters are placed at the center of the table, and the table is the one 2 squares long (but you could make it work with longer ones too, by moving the third wheel away with T.O.O.L. or by placing the teleporter farther down)

That is all for now, friends. I hope you enjoy!
[FinR] Show Off.rar
Sims4Sims4PosesSims4CcLoliShotaDownload
Comments (1) loading...
Like(1)

Did anyone think I was done making poses? I sure didn't. It's just difficult to balance my general gameplay (which I do also curate with screenshots and blogging and poses) with the one where I drown in lolis and shotas. Clearly this means that I need more lolis/shotas in my general gameplay to balance it all out!

While I go do just that, a fellow ATFer requested a few poses, so here they are, available to be enjoyed by everyone. The theme was an adult (source images and my poses have a female sim, but nothing stops you from using a male) helping/teaching/supporting a toddler while they pee. There's an alternative version for pose 3 so that there's both a child and a toddler option. The last three poses are the toddler leaving their parents/group of friends to take care of their business.

If you look at the pictures, you can absolutely not enjoy the lack of flashing from under the clothes. Believe me when I tell you that I spent 30 minutes in CAS looking for dresses and skirts that weren't straight up solid from underneath, and the toddler nude bottom glitched in hilarious ways that I didn't think were fitting of a screenshot showing the pose, so in the end this is what you get. Work with your imagination, will ya, I can't be doing everything for you!
(no but jokes aside, if you have a functional nude bottom the pose should be working fine. Do tell me if that's not the case)

Last but not least, before I leave you to it, in pose 2 for some absurd reason and absolutely at random, sometimes the adult's feet don't touch the ground. They do in blender, and they do in game depending on different locations and shoes. I still haven't exactly figured out what's its deal. If you have problems with it, DM me.
[FinR] Peeing Aid.rar
Sims4Sims4PosesSims4CcLoliShotaDownload
Comments (0) loading...
Like(0)

Back with another story friendly pose pack! This one is around the idea of a jealous tantrum, a scolding, and then general feelings of guilt because "Oh god I made them cry, I suck D: "

As last note, after uploading here I'll put different angles for 6 of the 8 screenshots on my baraag*, so if you need/want to look at more details, that's an option too!

*if there's someone coming here from ATF, on baraag you'll find the same screenshots you've already seen, so you can ignore this.

I'm back with another pose pack! And this one had me chuckling from start to finish. What a great time I had.
It all started with a kind user giving the idea of turning that meme (you'll know which one it is soon as you see pose 1, hopefully) into a loli pose, plus another idea which I'm very sorry to confess I forgot the details of while I was working on it, so it's not exactly what was asked. I have no excuses, I was amused and distracted*.
Capping at two poses was still too sad, so I added two more still inspired by other memes found online (5 points to you if you recognize the template).

*OTOH it's just so funny that the same sim who's being completely ignored in pose 1 is the same that finds the other two smooching in pose 3. My headcanon is that she was hoping for something with him but he blew her off after that first date, and she finds out why the very next day while taking a walk lol

Wow, look at me overcomplicating this. Basically, exception made for the screenshots of pose 3, all the other pictures show exactly what you'll see if you put the teleporter facing forward.
Last but not least, and no one is paying me for this promo, don't sleep on using the T.O.O.L. mod to correct and place poses exactly how you want. For example, that's how I played with pose 3 right at the corner of the street. Speaking of street, here's the lot I'm using in pictures 1-3-4.

Enough with the boring chat, have fun!

3 poses was still too sad, so I added 3 more! Capping at 6, I'd say we can consider this pack done.

Once again, be mindful of kisses and things clipping with different kinds of couches and love seats and sim faces. I did my best, but if there's any specific need to move the sims slightly forward or apart or closer so that it turns up better in your game, just tell me and I'll send a more tailored version to you.

(will I ever stop making poses in that room, on that couch?)
[Finr] A sentiment for EA.rar
Sims4Sims4PosesSims4CcDownloadLoliShota
Comments (0) loading...
Like(1)

A single pose was too sad, so I added a couple more!

Pro: ...a couple more!
Con: It's kisses. You know what kisses mean? Russian roulette with how it turns up in game with your sims' faces.

As usual, I tested it with a bunch of my own sims, but it might still clip weirdly or look odd based on the angle you choose with yours. Unfortunately I cannot offer more than "If you need the rigs to be closer or farther away, just send me a message and I'll give you a tailored version"
[Finr] A sentiment for EA.rar
Sims4Sims4PosesSims4CcDownloadLoliShota
Comments (0) loading...
Like(1)
View previous posts (6/16)
See something you like? Subscribe to see even more!
Subscribe Now
The subscription gives you: